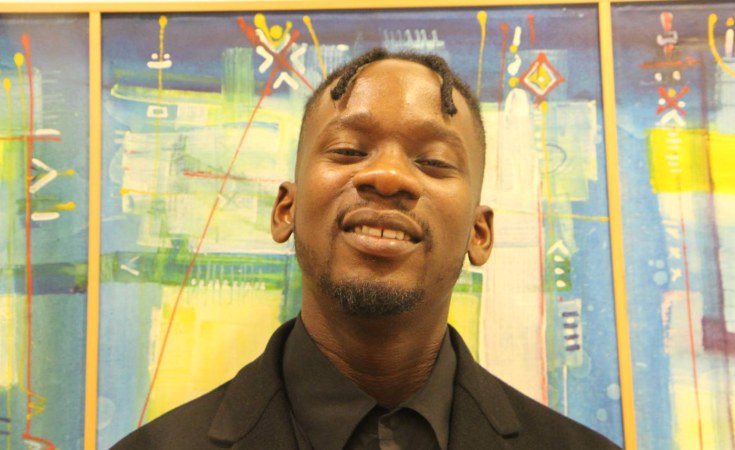 Rome — After rapping at California's Coachella festival and on Beyonce's Grammy-nominated "The Lion King: The Gift", Nigerian star Mr Eazi's latest venture is closer to home - on a farm.

The 28-year-old Afrobeat artist and entrepreneur plans to transform a Ghanaian coastal community of more than 60,000 people through coconut farming.

"There's a cycle of poverty in Africa that keeps going from generation to generation and sometimes you wonder how you can break it," Mr Eazi, whose real name is Oluwatosin Ajibade, told the Thomson Reuters Foundation.

"Agriculture plays a very important role in solving a lot of problems that exist back home," he said on the sidelines of a two-day United Nations conference in Rome that began on Tuesday.

The laid-back musician, whose videos regularly get millions of views on YouTube, has shown his commitment to Africa's youth with his emPawa Africa incubator programme, which supports new artists with grants to make music videos and mentorship.

Unemployment is high across the continent, with 10 to 12 million people entering the workforce each year but just 3.1 million jobs created, according to the African Development Bank.

Mr Eazi was inspired to take up farming after meeting a woman who told him how a machine that made coconut oil changed her life: freeing up her children to go to school, feeding the waste to her pigs and making trinkets out of bark to sell.

"That kind of woke me up," he said, recalling the trip, which was part of his 2019 collaboration with the United Nations International Fund for Agricultural Development to encourage young Africans to take up farming.

"What really struck me was now her kids go to school ... how many businesses actually have 360 (degrees) value chain? For me, that was the kicker," he said, snapping his fingers for emphasis.

Before then, Mr Eazi said he was "ignorant" about farming.

"My closest to knowing anything about agriculture was when Mum goes to the market and say the price of tomatoes or rice has increased," he said, shaking his head.

Now describing himself as a farmer, Mr Eazi has become a staunch advocate of agriculture as meaningful employment for youth in Africa, which has the world's youngest population with more than 400 million people between 15 and 35 years.

With support from a local lawmaker in Nzema East, Mr Eazi has hired a manager to kick off the project, which will train youth in the area on coconut farming and coconut oil production, before moving into other agriculture schemes.

"It's a beautiful community. There's a lot of land for farming. There's also the ocean for fishing. There's gold. The next constituency has some oil exploration. On paper it's meant to be a rich community but it's very poor," he said.

"The goal is to provide jobs, profits and training to the constituents ... Before the end of (the first quarter) this year, we're actually gonna have the first database of farmers in the community. This data would inform business decisions."

His mother often says he takes on too much.

"I said, 'Mum, when you look back, you see how the dots connect, and you have one life to lead, you might as well (do it)'," said Mr Eazi, before quoting Jay-Z's "Family Feud" track.

"(Jay-Z) said, 'A man that don't take care his family can't be rich'. It doesn't just mean your immediate family ... he actually means your community."