Kenya: The Little-Known Gas in Your Home Causing Lung Cancer 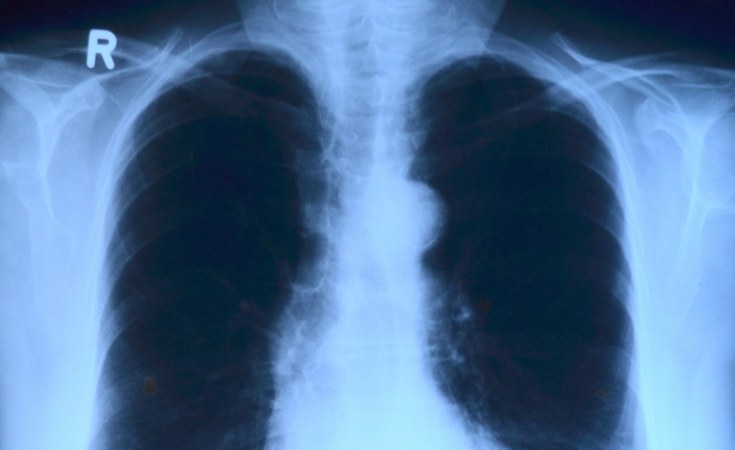 Cancer is the third-leading cause of death in Kenya. The government introduced the Cancer Prevention and Control Act 2012 and the National Cancer Control Strategy 2017-2022, aimed at creating awareness on routine testing and early treatment besides prevention and control.

However, little is being done to inform the public about the possible science-based causes of cancer and what they can do about it.

January was a radon awareness month. Radon is a cancer-causing gas with the potential to build up significantly in dwellings.

The World Health Organisation (WHO) cites radon as responsible for most lung cancer cases among non-smokers. The "Globocan 2018" report ranks lung cancer 15th out of 35 cancers leading in mortality rates in Kenya.

Lung cancer deaths could be higher than reported, says Dr Frederick Chite, and often misdiagnosed, and managed, as tuberculosis (TB) since the two have similar symptoms,like coughing and weight loss.

The "Kenya Tuberculosis Prevalence Survey 2016" report shows that, in 2016, TB was among the top 10 causes of death despite more than 60 per cent of patients with TB-like symptoms having not sought treatment before the Kenya National Bureau of Statistics survey.

Radon is an odourless, colourless radioactive gas with many isotopes. The most significant of them, in relation to human health, are radon-222, which has a half-life of 3.82 days, and radon-220, with a half-life of 55.6 seconds. Half-life is the time required for the number of radioactive elements initially present to halve.

The main source of the radon isotopes in dwellings is soil. In modern (stone and concrete) dwellings, the longer-lived radon-222 is of most concern since it can diffuse indoors in higher amounts through cracks and crevices in the foundation while shorter-lived radon-220 decays within the soil.

Most developed countries are characterised by modern houses. It is, probably, the reason radon-220 was for a long time considered of little radiological risk in dwellings. But this is changing with the discovery of higher radon-220 activity concentrations relative to radon-222 in soil-walled/floored dwellings in China and India.

Radon-222 and radon-220 decay into a series of charged short-lived particulate daughters which can lodge in the lung tissue when inhaled. This produces high-energy particles (alpha radiation) that can injure lung tissue to the point of inducing cancer.

Cognisant of the risk of radon-222, many countries have embarked on countrywide surveys and mapped residential levels. In Africa, only Egypt and Algeria have.

The International Commission for Radiological Protection (ICRP) recommends residential levels be as low as reasonably achievable or within a maximum of 100 to 300 Becquerels per cubic metre. The European guideline is 400 Becquerels per cubic metre for existing houses and 200 for new dwellings. No reference levels are in place for residential radon-220.

Concentration of indoor radon varies from house to house and region to region due to differences in construction designs and local geology. Radon cannot be perceived by human senses; the only way to determine its level is through measurement.

Some of the mitigation processes in case of elevated concentrations include sealing cracks in concrete foundations, increasing ventilation rate and lining inner walls of traditional dwellings, for instance with split bamboo poles or a mixture of dung and ash as is done for the outer walls.

The author is a lecturer in the Physics Department, Kenyatta University, and researcher.

Rise in Noncommunicable Diseases Linked to Air Pollution - Report
Tagged:
Copyright © 2020 The Nation. All rights reserved. Distributed by AllAfrica Global Media (allAfrica.com). To contact the copyright holder directly for corrections — or for permission to republish or make other authorized use of this material, click here.