Sudan: Omar Al-Bashir, the ICC and the Future of Peace 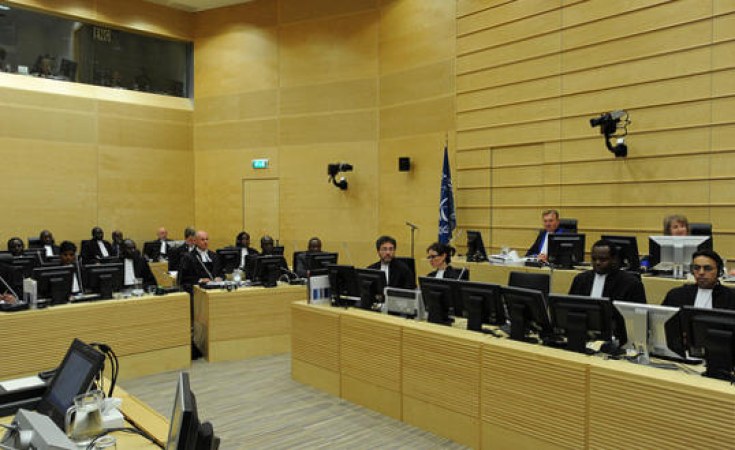 There were reports earlier this week that the Sudanese transitional government that took over the reins of power from the former dictator, Omar Hassan Ahmad Al-Bashir, has reached a peace agreement with various rebel movements that have been fighting against Khartoum for decades. One of the points in this agreement is for Khartoum to hand over al-Bashir to the International Criminal Court (ICC) in The Hague, to answer to charges of genocide, war crimes, crimes against humanity, including rape and torture in the Darfur region of Sudan from 2003 to 2008. Mr Bashir is accused of having a direct role as the supreme commander of Sudan's armed forces in directing these atrocities. He was charged back in 2009, the first sitting head of state to be indicted by the ICC, and had been a wanted man ever since, only escaping arrest through unwillingness of a number of countries to arrest and hand him over.

This man had been the longest-ruling president of that Northeast African country, and throughout his 30-year rule with an iron fist, he and his ruling junta committed grave human rights violations, including summary execution of 28 generals of the Sudan Armed Forces on the heels of their ascent to power in June1989. They pursued war as a way to settle Sudan's intractable center-periphery political problems. They implemented a massively deadly, destructive and indiscriminate counter insurgency in Southern Sudan.

On the eve of a political settlement between his National Congress Party government and Southern Sudan's rebel movement, the Sudan Peoples' Liberation Movement in 2002/2003, another war erupted in Darfur, which is where al-Bashir really felt challenged and reportedly boasted to teach the non-Arab people of that western region a lesson. It started with the deployment of the infamous Janjaweed militias, sending them out to raze Darfuri villages to the ground, to conduct genocide in concert with an air campaign and deployment of massive numbers of ground troops, which resulted in the displacement and starvation of innocent women and children - the famous and unsightly Darfur genocidal campaign under al-Bashir's direct command. Within five years (2003-2008), al-Bashir's forces had killed more than 200,000 people through a combination of these ethnically targeted military operations and the use of starvation as a weapon of war.

Al-Bashir was deposed in a popular revolution in 2019, but his fate has remained an albatross around the neck of the new government. Sudan had been under US comprehensive economic sanctions, including trade embargo and government asset freeze since 1997, which were further tightened in 2006 in response to the persistent human rights and international humanitarian law violations in Darfur. Sudan had also been designated by the US as state sponsor of terrorism since 1993.

Since coming to office, the new government of Prime Minister Abdalla Hamdok has been of the view that Sudan would not be able to reform, rebuild its economy so as to reward the people of Sudan who risked their lives to get rid of al-Bashir, unless the US begins to ease some of these sanctions and the country gets assistance to restructure its massive foreign debt. Washington wants evidence that a democratic change is indeed afoot in Khartoum before the Sudan can expect total lifting of sanctions and removal from State Sponsor of Terrorism list. One of the ways to demonstrate genuine change is for Khartoum to decide what to do with al-Bashir, though there is no clarity whether Washington wants al-Bashir to go to The Hague or be tried at home.

In reaction to the news about PM Hamdok's decision to transfer al-Bashir to The Hague, the mood in Sudan and across the world seems mixed. Many say the time has come for Al-Bashir to finally face the law and for his victims in all corners of Sudan to get their overdue justice at long last; that this is most especially a moment for Darfur to see a glimpse of justice. There is a strong conviction among Bashir's victims and his military-security-militia cabal that only by trying him outside Sudan can they hope to get justice. Many Sudanese people from the areas that were terrorised by his security forces have said that trying him in Sudan would be a slap in the face of all these victims and their communities, for they cannot be confident that there won't be Sudanese judges who might rig the process in his favour.

However, it will be recalled that al-Bashir had come to power on the wings of a strong Islamic Movement in that country and had many supporters who protested his indictment when it was issued in 2009 and who are now protesting the decision to transfer his case to The Hague. Just as they claimed more than 10 years ago, they now say he does not need to be sent to the ICC, a court one prominent Sudanese politician, a former Minister of Foreign Affairs and a close aide to al-Bashir, Mustafa Osman Ismail, once described as "neo-colonialism,". He claimed that the West was doing this because they did not want Sudan to be stable. Instead, they say he should be tried by the Sudanese justice system, which they believe is perfectly capable of doing so. Are they denying al-Bashir was a criminal? Or are they being Sudanese, true to their culture, seeing al-Bashir as an old man who has lost and is remorseful and should not be sent to die in foreign lands?

Both sides, those who believe Bashir should face justice and those who think he has done nothing, seem to want home trial, for different reasons. Many activists argue that trying al-Bashir at home would be the litmus test to both the political will of the leaders who have taken over the reins of power from him and the functioning of the Sudanese institutions of justice; it would be a way to show the world how determined the new leaders are in their pursuit of democracy, the supremacy of the country's laws and equality of all citizens before the law; it would mark a new horizon. Those who do not believe he is guilty of anything see a glimmer of hope that he could be acquitted by a local court and wish for the country to move past the cloud left hanging over by their former leader's legacy.

During the popular revolution that deposed Bashir in 2019, The ICC renewed his indictment on charges of human rights atrocities in Darfur, but the Sudan's military, which shares the current transitional government with Forces of Freedom and Change and was still wielding a measure of power at the time, said it won't extradite him to face war crimes charges, a position that made people sceptical about change and the new system. With the new announcement, however, his fate may not be any more certain now than it was in 2019. However, it has certainly renewed a debate among Sudanese people on that big African question of whether the ICC is a good route to justice for Africans, whether there is any justice in sending men like Bashir to far-away courts, where they live in comfort for prolonged periods, being tried in courts surrounded by heavy security, where their victims will not be able to confront them and where they might die, as Serbia and Yugoslavia's Slobodan Milošević did, before any justice is exacted from them.

The author is a professor of anthropology at Maxwell School of Citizenship and Public Affairs.