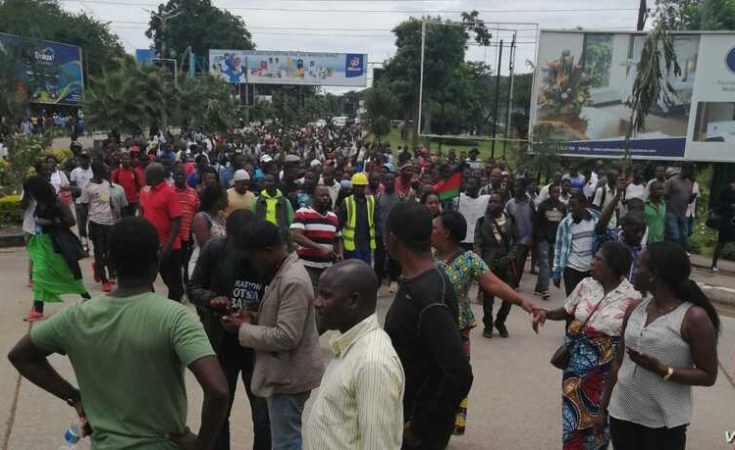 Blantyre — Protesters in Malawi have shut down offices of the Malawi Electoral Commission (MEC) in 10 districts in an attempt to force all commissioners to resign.

The move comes 10 days after the Constitutional Court nullified last May's presidential elections because of “widespread" irregularities and ordered new elections. But commissioners have appealed the ruling and are refusing to step down.

In Blantyre, protesters used steel-iron chains and huge locks to seal the gate of the main entrance to MEC headquarters.

"What we are trying to mean here is that no one should get here as long as they are not resigning. All we need is [for MEC chairperson] Jane Ansah to resign and now we have included all the commissioners of the MEC because they have proven to be incompetent. We need people to have the competence,” said Masauko Thawe, the southern region coordinator for the Human Rights Defenders Coalition (HRDC), which organized the protests.

The Constitutional Court said the irregularities showed the MEC’s incompetence in handling the presidential elections and ordered new elections in 150 days.

This week, members of parliament questioned the election commissioners at a public hearing to determine if they are capable of running a new poll. 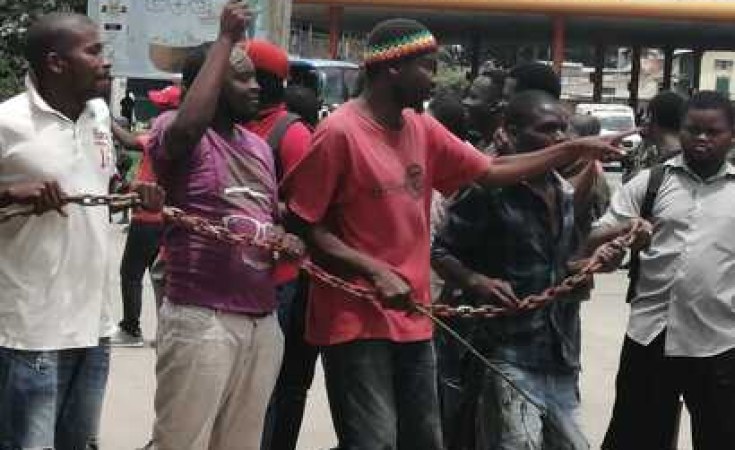 Lameck Masina/VOA
Protesters carry a chain to be used to shut the Malawi Electoral Commission office in Blantyre, Malawi on February 13, 2020.

The commissioners, including chairperson Ansah, dismissed accusations of incompetency.

But HRDC’s Thawe says mechanisms are in place to safeguard the shutdown.

"We are going to monitor each and every day. You come, you check, you will see people here monitoring. And we are not stopping here.  It’s a continuous demonstration until we see these commissioners including the CEO [Chief Elections Officer] resign,” Thawe said.

Mustapha Hussein, who teaches political science at the Chancellor College of the University of Malawi, told VOA shutting down the MEC offices is ill-timed.

"Because the case of MEC is in the courts and we heard about the judgment which shows that there are solutions being put forward to what is happening. So, in that sense I would say that the act of shutting down the offices might be going too far and might not auger well with the laws of Malawi,” he said.

Hussein also said the shutdown would affect MEC preparations for the new elections expected to be held in June.

Ansah told parliament Wednesday that the electoral commission is currently working on the budget for the new elections.

Malawi Govt Faces Pressure to Release Top Civil Society Leaders
Tagged:
Copyright © 2020 Voice of America. All rights reserved. Distributed by AllAfrica Global Media (allAfrica.com). To contact the copyright holder directly for corrections — or for permission to republish or make other authorized use of this material, click here.