Africa: Who Will Help Africa Solve Its Piracy Problem in the Gulf of Guinea? 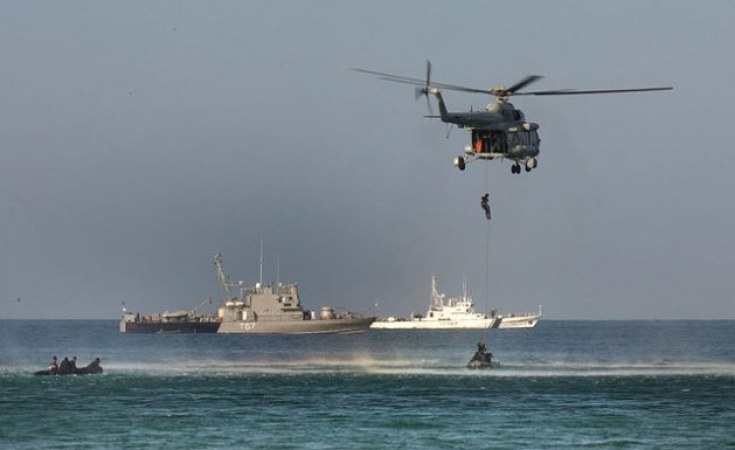 Maritime piracy has increased off the west coast of Africa, in the Gulf of Guinea, despite preventative measures. The issues lie on land rather than at sea. Is it time for the international community to intervene?

Nine out of 10 maritime incidents of piracy and kidnappings for ransom are reported in West Africa's Gulf of Guinea, which stretches 5,700 kilometres (3,500 miles) from Senegal to Angola.

As the number of crew members kidnapped by pirates worldwide decreased, the number reported in the Gulf of Guinea increased from 78 in 2018 to 121 in 2019.

From January to September last year, 82% of maritime kidnappings in the world occurred in the Gulf of Guinea, according to the International Maritime Bureau (IMB).

The vast expanse has eclipsed the notorious waters off Somalia in the Horn of Africa to become the world's epicentre for pirate attacks, lootings and kidnappings.

"Seafarers go through great dangers so that consumers can buy coffee and cocoa in supermarkets or refuel their cars," Cyrus Mody, IMB's deputy director, told DW.

"The numbers in the Gulf have not increased," Mody said. " Media has only very recently started picking up on it. Ten years back we had the whole Somali piracy issue and media picked up on that relatively quickly. In the Gulf of Guinea the total number of incidences which actually occurred are underreported by around 50%-60%, piracy has been going on for years."

Pirates mainly target ships with international crews, according to a report on piracy in the Gulf of Guinea by the United States Maritime Administration (MARAD). In December, pirates boarded two ships within a few days, each 100 nautical miles off the coasts of Nigeria and Benin. They kidnapped 19 and 20 crew members respectively.

"Since 2018 there have been a quarter fewer attacks on ships, but more hijackings," said Wolf Kinzel, frigate captain and expert on maritime security in the region at the German Institute for International and Security Affairs (SWP). "The approach of the pirates has changed: instead of three seamen, they take the whole crew with them. Hostages for money."

But why are neighbouring countries not getting a grip on the situation? The problem is that they lack the knowledge, training and resources to deal with the situation, said IMB deputy director Mody. "When an incident takes place within the territorial waters of a state, it is called armed robbery. When that same incident takes place outside the territorial waters of a state, it is called piracy, and any navy or any response agency can respond to that incident. The responsibility to deal with a situation within the territorial state lies with the state only," said Mody. According to the 1982 UN Convention on the Law of the Sea, the 12-mile zone (one nautical mile is about 1.85 kilometres) is part of the national territory.

Cooperation between states would be made more difficult by bureaucracy. Security forces are not allowed to travel from one territory to another to pursue pirates without informing the neighbouring country beforehand. "Until the bureaucracy is sorted out, the pirates are gone," said Mody. "Due to a lack of law enforcement, the waters become a playground for criminals."

The fundamental problem of piracy does not lie at sea, according to SWP specialist Kinzel. "In recent years, the main area of piracy has been the coast of Nigeria, a region where there is no statehood on land." The heavy environmental pollution caused by oil production makes it almost impossible to live as fishermen and cattle herders. In addition, there are smuggling, ethnic and religious conflicts and terrorism and youth unemployment.

"Lack of prospects, lack of consequences due to inadequate criminal prosecution, corruption and thus a quite understandable lack of trust in state actors create the best conditions for piracy," according to Kinzel.

"People feel exploited and use their maritime expertise to commit piracy, Kinzel told DW. "In order to combat the problem, something must be done to combat environmental pollution and to promote statehood, education and health care."

No second Horn of Africa

The international community has taken up the Horn of Africa issue. Since 2008, ships and planes have been patrolling off the coast of Somalia as part of the EU mission Atalanta. However, as a link between the Indian Ocean and the Red Sea, and thus the Mediterranean, the region is also one of the world's busiest and therefore its most important shipping routes. Germany is probably not interested in an additional marine mission in the Gulf of Guinea, Kinzel said: "The Horn of Africa is where large flows of goods are brought from Europe to Asia. In West Africa, most attacks take place on the territory and in the ports of the countries concerned, and the nations themselves have to intervene."

"There is a huge difference between the Gulf of Guinea and the Horn of Africa," Mody added. "The ships have to cross the Gulf of Aden, where most of the attacks take place. But the passage is in international waters, so the international community can protect the ships. Thirty countries have provided ships for this purpose." However, in the Gulf of Guinea, many attacks also occur near the coast.

Mody stressed that international missions are extremely important. "They enable the exchange of information and knowledge between countries that have resources and those that are struggling with these crimes. Within the territorial waters it is impossible for any international navy to come in and to get deployed. But they can help to carry out exercises to train the coastguards in how to react to an attack or arrest pirates. They can also educate the local community in trying to make them understand what the negative effects of facilitating this crime are on land.

The responsibility of the countries

There are already approaches. For example, the Code of Conduct negotiated by the Gulf states in the so-called Yaounde Process 2013 is to ensure maritime security in the Gulf of Guinea. "Since the Yaounde Process 2013, all countries of West Africa have joined forces to make the maritime area safer. They have set up zones where ships can make their emergency calls so that national navies can respond," said Kinzel. In addition, since 2010, the United States has conducted the annual "Obangame Express" exercise to improve the capabilities of West African states to combat illegal activities at sea.

The European Union has also been involved with a local training program since 2013, and France has been involved since 1990. "Give a man a fish and he eats for a day -- teach him to fish and he will eat for the rest of his life," said Mody. An international mission only works as long as there is a budget for it. In the long term, only the states in the Gulf of Guinea itself, equipped with the right resources, can fight piracy.