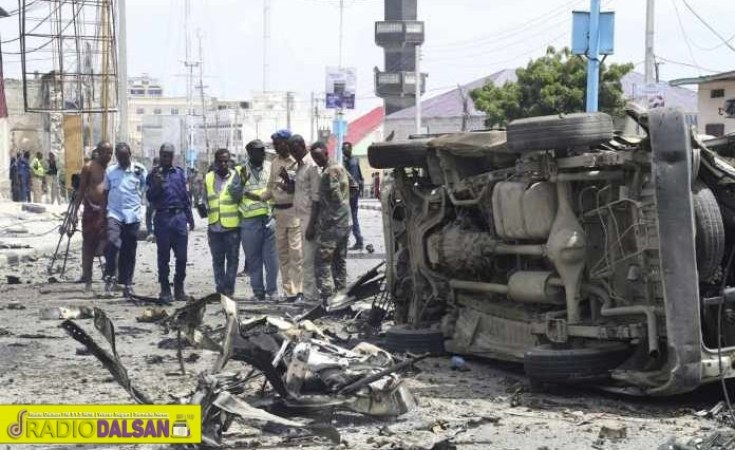 Abshir Gaarane Ahmed was a lead singer in a government band in Benadir, the region that covers the capital Mogadishu in Somalia.

The public knew him as the man who belted out patriotic songs about his country. His trimmed beard and smooth voice suited a youthful artiste.

Then on January 21, the National Intelligence and Security Agency of Somalia (Nisa) paraded him as a terrorist.

Side by side, Nisa published videos of him singing about his beloved Somalia as well as a confession: he had worked as an Al-Shabaab "accountant".

Nisa did not indicate for how long he had been Shabaab's financial manager. But it only confirmed stories that emerged from last year that the Somalia-based militant group was planting its agents inside government departments.

Those agents, one report by the Voice of America's Somali Service indicated, had used their government postings as a cloak to hide their militant life, gathering information to help the group collect taxes and target its enemies with precision inside Somalia.

In Benadir, Governor Abdirahman Omar Osman 'Yarisow' was killed last year in August by a blind female suicide bomber, who had worked in his office as a coordinator for people with disabilities.

This week, a group of businesspeople who routinely travel between Mogadishu and Nairobi told reporters the infiltration could easily expand into neighbouring countries like Kenya, dealing a blow to intelligence gathering.

In a joint statement, the traders appealed to governments in the region to work harder and ensure the Shabaab do not create a parallel network between the governments.

"Authorities must pay attention to what is happening in Mogadishu. History will judge them harshly if they give up their role (of helping Somalia). Because they may invite attacks on their soil," the traders said in Nairobi.

"Al-Shabaab is taxing every business by force," they said referring to port importers, exporters, transporters and shopkeepers.

The traders asked to remain anonymous, fearing they could be targeted by militants or appearing to speak against the Shabaab "because they know where our businesses are".

The traders said they were forced to speak about their experiences because they feel neighbouring countries were unbothered by reports of government infiltration in Somalia.

Yet the claims of the Shabaab taking over government roles were first reported by the VOA last year.

But a UN Panel of Experts on Somalia revealed the militant group is now relying less on charcoal exports and focusing on "mafia-style taxation" at the port in Mogadishu as well as markets.

"The group also continues to take advantage of virtually unregulated mobile money and domestic banking services to collect and transfer revenues throughout the country," the panel noted in a November report.

Those networks often operate through trade associations or government departments. Between 2017 and 2019, authorities dissolved a local trade union twice over "poor governance".

Yet, recently, Somalia had to dissolve a board for the local Chamber of Commerce after it emerged the Shabaab had "representatives" there.

The businesspeople told journalists in Nairobi that the attempt may have been thwarted, but it now makes it difficult to know who isn't a Shabaab.

"You can feel it as you go around your business in Mogadishu. Even ministers now don't trust their assistants. They can no longer fully express themselves. Nobody knows who is who, and all in a span of a few months," another added.

Somalia's interior ministry did not respond to our emailed inquiry on the situation. But the government in Somalia had initially rejected claims of carrying along sympathisers.

Experts told the Sunday Nation that it was possible the infiltration has been expanding, raking in sharing of intelligence as general counterterrorism cooperation between Somalia and neighbours like Kenya.

"If the intelligence community failed to coordinate, it would take years to root out Al-Shabaab and that would expose Kenya to more attacks. I would recommend frequent disbandment of their sources inside Somalia."

With a careful structure of informants, Dr Abdisamad said, Al-Shabaab, which has had foreign fighters in the past, could start infiltration because they now have money.

This week, Somalia's problem, the UN Panel had indicated, was compounded by the lack of an identification system for personnel.

The blind bomber, for example, got her government job using a false name.

But the other problem, analysts say, has been the reporting channels of intelligence in Somalia.

"It is not new and Somalia's partners know this infiltration within security ranks has made partners, sometimes, reluctant to share information with the National Intelligence Service because of its structure," said Abdalla Ahmed Ibrahim, director of the East African Centre for Research and Strategic Studies.

"I think, normally, the intelligence service should report directly to the President. In Somalia, Nisa is under the Interior ministry, which means information can easily leak to the enemy. Somalia needs to change that structure of reporting," he argued.

But the Shabaab have also infiltrated political organisations as well as clan elders. A recent election in Galmudug state showed the militia had sponsored some politicians into a local legislative assembly. Officials denied this.

But Somalia's practice of not vetting defectors before admitting them into normal society life has been criticised as aiding penetration of their agents.

This week, a report by the Lead Inspector General report to the United States Congress indicated Al-Shabaab may not be decimated in the next one year as earlier planned.

Because the group has adopted survival tactics across borders. "The Defence Intelligence Agency assessed in December 2019 that Al-Shabaab remained capable of conducting high-profile mass casualty attacks as demonstrated by VBIED attacks against civilian and military targets throughout southern Somalia," the report said.