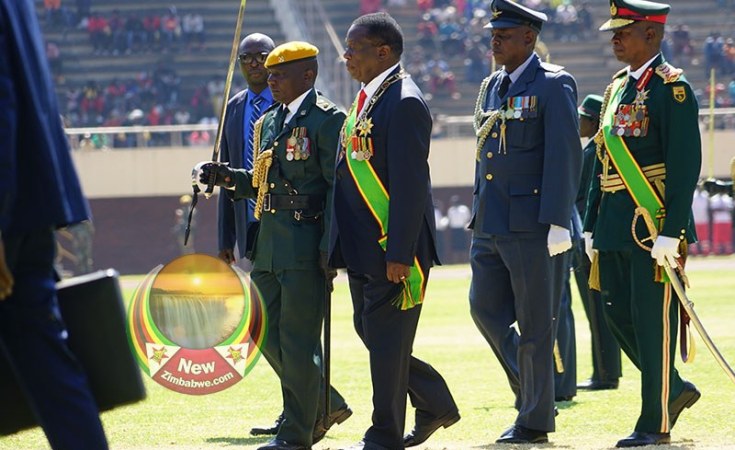 Outspoken Zanu-PF Politburo member, Tshinga Dube has described the suspension of Zanu PF youth leaders, Lewis Matutu and Godfrey Tsenengamu as a perpetuation of a culture of intolerance and would worsen factional fights in the ruling party.

Matutu and Tsenengamu were suspended by the ruling party's Politburo two weeks ago after claiming three businessmen who are allies of President Emmerson Mnangagwa and other senior officials were using their close links in government to run corrupt cartels, which were affecting the country's economy.

However, Dube said the suspension of the two party youths, showed Mnangagwa's government had failed to embrace the culture of tolerance despite his promises when he assumed power in 2017.

"Personally, I was a bit disappointed that there is still some restriction on what the people can say," he told NewZimbabwe.com.

"When we came out with the new dispensation, we were very happy that all Zimbabweans who have been starved of free thinking and free speech for many years had come to a point where they are free to think and express what they feel."

Dube, once War Veterans Minister, described the suspensions as a perpetuation of a culture of intolerance, which was associated with the administration of the late former strongman, President Robert Mugabe.

He suggested that instead of suspending the two party cadres, the accused businessmen should have been given the opportunity to defend themselves.

"The youths that have been expelled, have been treated harshly. I was really excited about this new dispensation. For a long time, the white colonisers never allowed us to talk freely and freely express ourselves.

"This incident proves that we have not completely gotten out of this situation," said Dube.

He warned that the suspension of the youths was not healthy for the party as it had the potential to cause factional fights within the governing party.

Tafadzwa Musarara, who is one of the named business tycoons to be running cartels and is the Grain Millers Association of Zimbabwe (GMAZ) chairperson, has slapped the two suspended party members with a $10 million lawsuit for labelling him corrupt.

The other named businessmen are; Billy Rautenbach, the owner of Green Fuels and Kuda Tagwirei of Sakunda Holdings.