Sudan: To Get Off Sanctions List, Sudan Cuts Rights Deals With Global Players 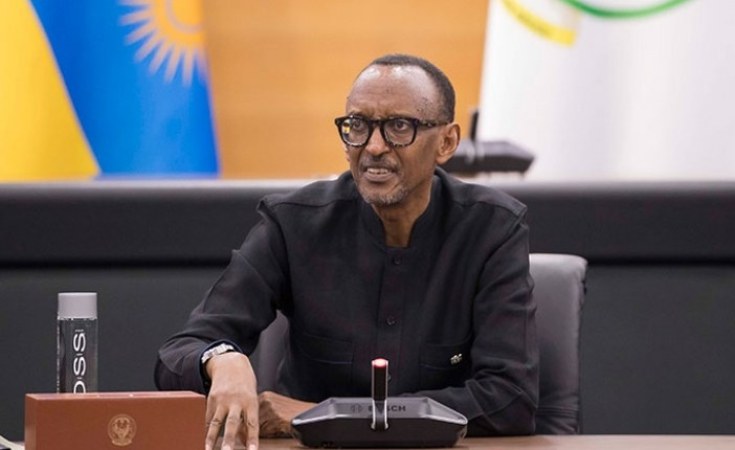 Sudan's transitional authorities are cutting deals on human-rights with international players as part of a comprehensive plan to avoid economic isolation.

This past week, officials in Khartoum said they will be handing over all Sudanese indicted by the International Criminal Court for trial at The Hague, and that they were also reaching a deal to compensate families of US soldiers killed in terror attacks linked to Sudan, in particular the USS Cole incident in Yemen in October 2000. At the time, 17 American sailors were killed when terrorists allegedly exploded a small boat alongside the USS Cole which was refuelling in the port of Aden.

The revelations followed a meeting between the leader of the Transitional Sovereign Council Abdel-Fattah al-Burhan and Israeli Prime Minister Benjamin Netanyahu in Entebbe a fortnight ago. The meeting sought to revive relations between them that have been dead for five decades.

This, and other giveaways could be Khartoum's bid to show the world it is ready to play ball and have sanctions imposed on Sudan lifted.

Khalid al-Faki, a political analyst in Khartoum told The EastAfrican that the government of Prime Minister Abdalla Hamdok is doing everything it can to get off the sanctions list.

"I think the Sudanese government's approval and the rebel movements acceptance to have ousted president Omar al-Bashir and 52 other indicted people handed over to the ICC for trial for crimes committed in Darfur is a popular demand," he said.

"This decision, to a large extent, can contribute to ending the international isolation of Sudan and helping to a great extent in the peace and economic recovery," he added referring to a possible unfreezing of assets abroad and the flow of capital and foreign investments into the country.

Sudan ousted Bashir in April last year following months of protests over rising inflation and cost of living. Those conditions have yet to improve and the government recently postponed removal of state subsidies to cushion the ordinary citizens from the rising inflation.

Sudanese Finance Minister Ibrahim Al Badawi announced recently that Sudan needs $5 billion to prevent the economy from collapsing, and that the country has enough foreign exchange reserves to finance imports for several weeks only. But Bashir himself spent years dodging the ICC, which indicted him twice in 2007 and 2010 for war crimes, crimes against humanity and genocide in 2003 as his government beat down a rebellion in Darfur. Bashir denies all the accusations, but has not been formally charged.

Sudan is not a member of the ICC but the case of Darfur was referred to the Court via the UN Security Council. Bashir ignored the arrest warrants against him and the transitional government was initially reluctant to hand him over. In November, Bashir was jailed for two years for corrupt dealings during his tenure.

On Wednesday, Muhammad Hassan Eltaishi, a member of the Transitional Sovereign Council declared that the government is "convinced in approving the appearance of those against whom arrest warrants have been issued before the International Criminal Court."

Minister of Information, Faisal Muhammad Saleh, announced that the government had agreed with the rebel groups in the Darfur region, with whom they are negotiating in Juba, South Sudan, to rejoin the government, to bring the wanted persons before the ICC.

The agreement may have been part of Sudan's compromise, however. On Thursday, Sudanese authorities also agreed to compensate the victims of the US warship bombed in Yemen with an estimated $30 million. Two of the terrorists involved in the incident were trained in Sudan.

A US court had initially fined Sudan $300 million and attached various Sudanese assets abroad. Last year, the US Supreme Court overturned that fine on a technicality.

But Washington has been adamant that the 17 navy men killed in the attack must be compensated as orders, refusing to remove Sudan from the state sponsor of terrorism.

In 2017, Washington had removed certain economic sanctions it imposed on Sudan for human-rights violations. But that has not helped the economy as many global dealers fear penalties in engaging with Sudan.

In the meantime, Sudan says the actual rendition of Bashir could depend on the formal agreement it reaches with Darfur rebels, legal reforms that could define rendition or accession to the ICC vis-à-vis local trials as well as consultations with local victims or their families in Sudan.

Legal expert Mohamed Fadul Allah Al-Qadal told The EastAfrican Bashir's crimes have no local laws to enable him prosecuted in the country.

"Talking about al-Bashir's trial inside Sudan is not logical and legal. The crimes which al-Bashir was accused of have not been defined in the justice system in Sudan, and therefore it is difficult to implement trials in Sudanese law," he argued. "The extradition of those against whom orders have been issued to appear before the International Criminal Court is based on the principle that it is impossible for them to be tried before the local courts, due to the lack of Sudanese law provisions that criminalise the actions that the prosecution says they have committed."

Sudan is a signatory to international treaties governing genocide and war crimes. But it has not fully ratified them.

The acceptance to extradite Bashir has, however, excited rights groups. John Prendergast, co-founder of the Sentry, a watchdog on war crimes said it was important to bring him to justice.

"For years, governments around the world gave lip service in support of the ICC but chose not to execute the arrest warrant for Bashir," Mr Prendergast said in a statement. "It takes great political courage to stand up to the wall of support from heads of state globally for executive immunity. The fledgling post-Bashir Sudan government is demonstrating a serious commitment to human -rights principles in its first months in office."

UN Experts to Probe Alleged Rights Violations in Zimbabwe
Tagged:
Copyright © 2020 The East African. All rights reserved. Distributed by AllAfrica Global Media (allAfrica.com). To contact the copyright holder directly for corrections — or for permission to republish or make other authorized use of this material, click here.