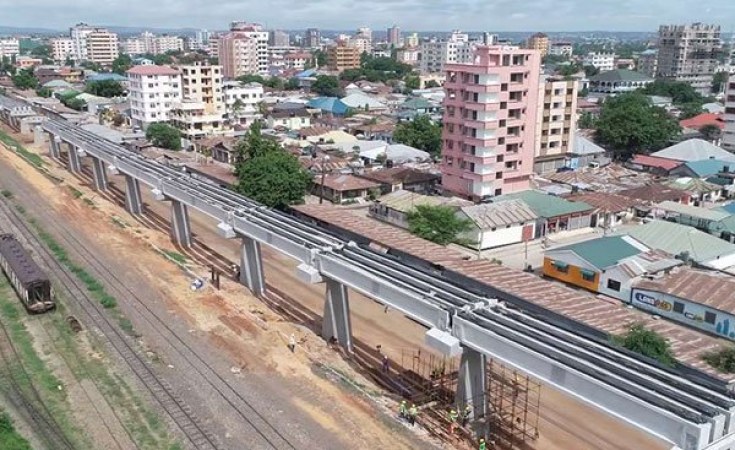 Tanzania has had a breakthrough in its standard gauge railway (SGR) external financing and the government no longer has to dig into its pockets to complete the $7.6 billion project.

On Thursday, the government signed a facility agreement with Standard Chartered Bank for a $1.46 billion loan to finance the construction of the first and second phases of the project, covering a distance of approximately 550km from Dar es Salaam to Makutupora.

Standard Chartered Tanzania acted as global co-ordinator, bookrunner and mandated lead arranger on the facility agreement that is the largest foreign currency financing raised by the Ministry of Finance to date.

Tanzania had resorted to spending money from its coffers to finance the project which up to its completion is estimated to cost about $7.6 billion.

According to the Tanzania Railways Corporation's latest reports on expenditure the project has so far spent an estimated $1.2 billion for two phases.

The corporation's project manager Machibya Kadogosa confirmed to The EastAfrican in an exclusive interview that, the two phases are currently being constructed by a Turkish firm Yapi Merkezi, in partnership with Portuguese firm Mota-Engil Africa.

The first phase is completed by 72 per cent.

Incidentally, three months ago, another potential financier, Trade and Development Bank for Eastern and Southern African, had expressed its willingness to grant a soft loan to help facilitate development of mega economic projects currently going on in the country.

The bank's president, Dr Admassu Tadesse, pledged to co-operate with the country when meeting with Finance Minister Dr Phillip Mpango in Dodoma, and the two held talks on the county's development vision.

On Monday, the African Union said it was preparing to implement two cross-border high-speed train projects, the first infrastructure projects of its kind, according to AU's Commissioner for Infrastructure and Energy Abou-Zedi Amani.

"One flagship project of Agenda 2063 is a high-speed train connecting African capitals," said Mr Amani, adding that the Bujumbura-Dar es Salaam line is one of the two train projects. The continental high-speed train project is part of the AU's flagship Programme for Infrastructure Development in Africa (Pida) launched in 2012.

The programme aims to support the overall goal of Agenda 2063 designed to boost socio-economic transformation on the continent in the coming decades. The Pida will focus on smart and integrated corridor approaches, renewable energy, job creation, and digitalisation.

"We are happy to announce that we have finalised the masterplan for the high-speed trains approved by African ministers last year. Once fully implemented, these projects will be among the important achievements of the AU," said Amani.

Tanzania had, in the past year, struggled to get funding from external sources for the project from various international donors and banks.

At some point, the government through the Minister for Foreign Affairs and East Africa Co-operation, Prof Palamagamba Kabudi, announced that it was seeking to acquire unconditional loans from the Republic of China to fast track the construction.

But while Prof Kabudi was saying this at the Forum on China-Africa Co-operation in Beijing, the government was also busy mobilising money to fund the project as quick as possible.