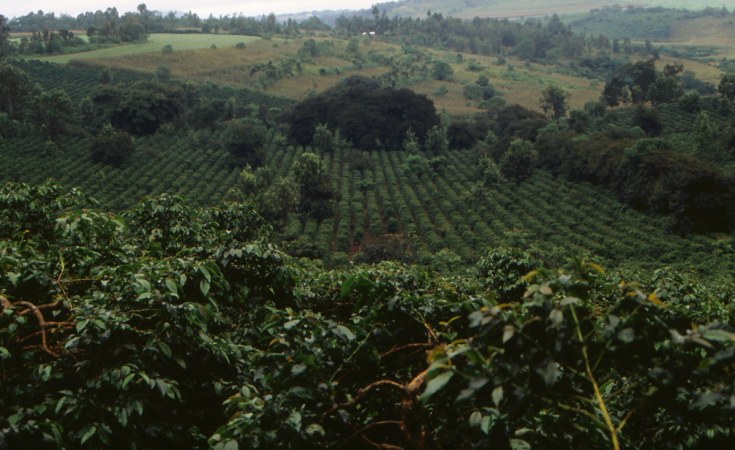 Arusha — Declining prices of coffee in the world market is partly due to increased production in South America. This has significantly impacted the East African Community (EAC) region where coffee is among the leading export commodities.

"One of the strategies is to produce good quality coffee that can compete with products from other countries," he told reporters.

He said African coffee producers can still manoeuvre out of the crisis because it has a guaranteed market in the European Union (EU). "Eighty per cent of Africa's coffee ends up in the EU. Coffee accounts for 76 per cent of the value of agricultural exports for some countries," he said. The price of one 60 kilogramme bag of clean coffee in the world market is currently estimated to be $200 per bag or $ 4 per kg.

However, according to the Tanzania Coffee Board (TCB), the export price stands at $2 and $1.5 per kg for Arabica and Robusta coffee respectively.

According to Mr Kamau, CEO of the Kampala-based platform, Africa produces at least 18 million bags of coffee every year for the export market.

Afca, founded in 2000, is a powerful lobby group for the coffee industry in the continent with 12 member countries, including Tanzania and rest of the EAC states.

Mr Karugu Macharia, Afca's vice chair said efficient production techniques in South America and Vietnam has led to a glut of the commodity in the world market.

"For our region we have to embrace new (coffee) varieties and new technologies that can guarantee high quality products," he told The Citizen.

These, he suggested, have to include replacing old coffee trees and use of more efficient pulpers," he said as the EAC Coffee Business Forum came to an end.

The global production of coffee in 2018 was estimated to be 170.94 million bags per year, with Brazil, the leading producer, accounting for 61.7 million bags.

Across the Atlantic, Colombia trailed Brazil with 13.8 million bags. Ethiopia led in Africa with 7.7 million bags while Vietnam, a new entrant in the industry, produced 31.1 million bags.

Germany, EU's largest economy, was the main East African coffee buyer for 2018, accounting for 16.5 per cent, followed by Italy (12 per cent).

Other leading importing markets for coffee exported from the region were the United States, Belgium, Japan, Switzerland, Korea, UK, Sweden and Spain.