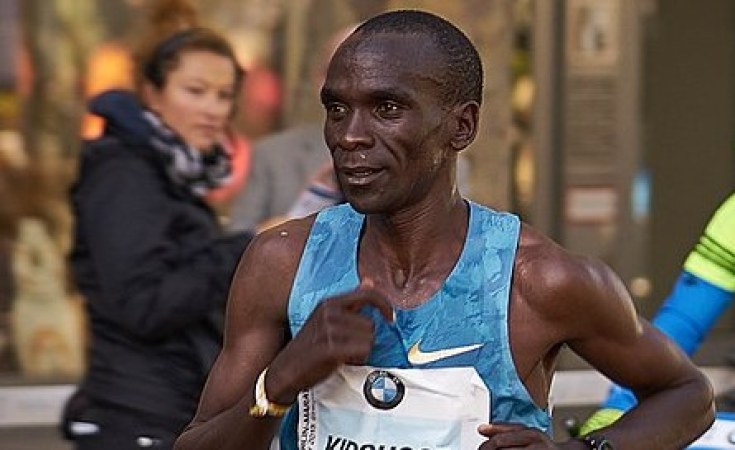 The pair, who had the same number of votes, won the award ahead of Kipchoge, Spaniards Rafael Nadal (tennis), Marc Márquez (motorcycling), and golfer Tiger Woods.

Messi became the first footballer to get the award after helping Barcelona to the Spanish league title, while Hamilton won his sixth Formula One championship title.

This is the first time in the awards history the two nominees have tied on votes in top spot.

American gymnast Simone Biles won her third Laureus Sportswoman of the Year award at a gala that took place in Berlin, Germany.

"A big congratulations to Lewis Hamilton as Laureus World Sportsman of the Year. Well deserved," Kipchoge tweeted after the results were announced.

A big congratulations to @LewisHamilton as @LaureusSport sportsman of the year. Well deserved. pic.twitter.com/6u4fhurJ5q

Kipchoge failed to win the prestigious award even after having a memorable season that included becoming the first man to run a marathon in under two hours at the INEOS 1:59 Challenge in Vienna and winning the 2019 London Marathon in a new course record time of two hours, two minutes and 37 seconds.

However, for his great achievement Kipchoge won the 2019 World Athletics Athlete of Year award, the BBC Overseas Sports Personality of the Year and 2019 Safaricom Sportsman of the Year Award (SOYA).

Brigid Kosgei Wins Second London Marathon, But Kipchoge Crashes
Tagged:
Copyright © 2020 Nairobi News. All rights reserved. Distributed by AllAfrica Global Media (allAfrica.com). To contact the copyright holder directly for corrections — or for permission to republish or make other authorized use of this material, click here.