Cameroon: After Polls, Women on the Front Line to Hold the Country Together 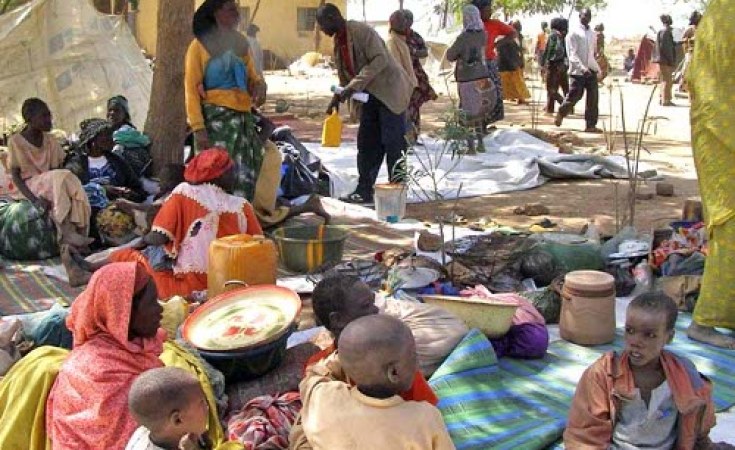 When Gladys Mbuya spoke at the African Peer Review Mechanism meeting in Kigali, her voice shook. She described her life as an internally displaced person in the violence ravaging her country, Cameroon. Her pre-conflict status in life stands in sharp contrast.

Mbuya is the Queen Mother of Alatening village, and head of the women's traditional village council of the village Tekumbeng, a throne inherited from her mother.

The contradictions continue -- Mbuya is national president of the International Federation of Women Lawyers (FIDA Cameroon) and Vice secretary of the Cameroon Bar Association.

Of the 10 regions making up Cameroon, eight are French speaking and two are English speaking. After the first world war, Cameroon, previously a Germany colony, Kamerun, was given as war spoils to the French and British. The British had northwest region and southwest regions, collectively known as Southern Cameroons. The French had the rest. At independence, Southern Cameroons voted to join francophone Cameroon to become one united country. Since then, the minority Southern Cameroons have been marginalised socially, economically and politically.

In 2016, teachers and lawyers in the English-speaking regions started a peaceful protest against the use of French in schools and courts. The government reaction of using lethal force against peaceful protesters created separatists who declared independence and named the Southern Cameroons "Ambazonia." The government conducted a violent military crackdown and detained separatist leaders.

Mbuya narrowly escaped arrest as the military dragged lawyers and teachers out of homes and taxis. Non-state armed groups and military clashes in her home forced her to seek temporary shelter. War has continued unabated in the Southern Cameroons with an estimated 3,000 lives lost and 700,000 fleeing their homes as internally displaced persons.

In all the above cases, fiery Mbuya appeared as pro-Bono defence counsel, defending the right to freedom of opinion, assembly, association and freedom of peaceful protest. The releases were through presidential pardon, with cases discontinued by the head of state without the courts hearing and handing down judgement.

Women have now organised themselves in conversations in markets and roadsides seeking solutions. Mbuya also leads intercommunity dialogues with women across the divides particularly through radio Buea "Voices for Women."

The separatists boycotted last week's elections and government predictably reacted with renewed violence. The separatists abducted English-speaking candidates, saying they do not see themselves in a government carrying out extra judicial killings.

President Biya, recognising the rising power of women, directed electoral positions in his party be split evenly among women and men. His directive to prioritise the young was however met with calls for 87-year-old Biya to lead by example.

The women want mediation more inclusive than the Grand National Dialogue announced by Biya last year. Separatists boycotted the dialogue, demanding release of political prisoners and withdrawal of the military from Ambazonia. The bar council has submitted proposals for peaceful resolution to the Government.