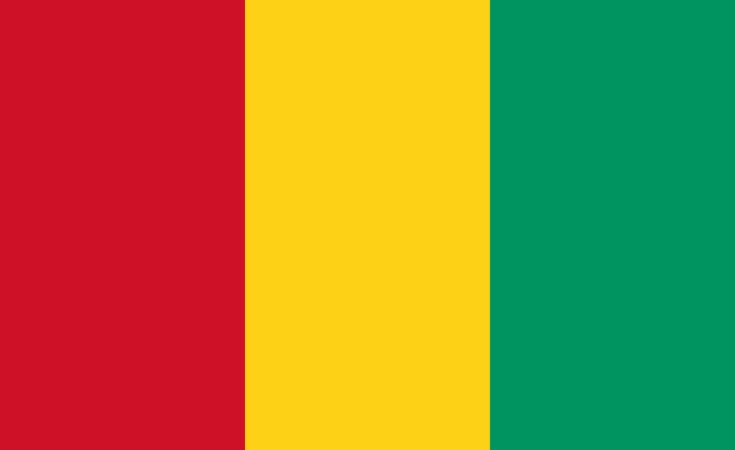 Guinea's government should respect freedom of assembly and ensure security force discipline in advance of the March 1, 2020 constitutional referendum, Human Rights Watch said today. The referendum on a new constitution could clear the way for President Alpha Condé to run for a third presidential term.

Since widespread demonstrations against the new constitution began in October 2019, security forces have used tear gas, riot gear, and, at times, firearms against protesters, who have thrown stones and other projectiles at police and gendarmes. Social media videos verified by international journalists have shown members of the security forces firing toward demonstrators, beating an elderly man, and using a woman as a shield against stones thrown by protesters. More than 30 people have been killed and dozens injured.

"As tensions rise in advance of the March 1 referendum, the risk of a further crackdown by the security forces increases," said Corinne Dufka, West Africa director at Human Rights Watch. "Guinea's government needs to ensure that police and gendarme exercise restraint and discipline when policing opposition protests."

Condé, first elected in 2010, is barred from running for a third term under the constitution, but his supporters say that a new constitution would allow him to run again. Condé announced on February 4 that the referendum would be held on March 1, alongside legislative elections originally scheduled for February 16. He said on February 10 that, if a new constitution is passed, "[his] party will decide," whether he will run for reelection.

Since October 14, a coalition of nongovernmental groups and opposition parties - the National Front for the Defense of the Constitution (Le Front national de la défense de la Constitution, FNDC) - has organized widespread protests in Conakry, the capital, and towns in Guinea's interior.

Although the government has in some instances permitted protests to go ahead, in most cases the security forces have broken up demonstrations and arrested participants. The FNDC alleges that since October, security forces have shot dead 36 demonstrators. Protesters have allegedly killed at least one gendarme.

The Guinean government has sought to blame protesters for the deaths, and Condé said on October 24 that "We know that it's them [the organizers of protests] who shoot at people." Human Rights Watch has, however, over the past decade documented at length the police and gendarmes' use of firearms and excessive lethal force as well as the beating of protesters, corruption, and other forms of criminality.

On January 16, after videos circulated allegedly showing security forces firing assault weapons at protesters, Security and Civilian Protection Minister Damantang Albert Camara said that when protests are no longer peaceful, "It's difficult to distinguish between someone who demonstrates peacefully and someone who has criminal intentions ... I can't rule out that there are errors." He denied, however, that there is "systematically a plan ... where [the government] sends gendarmes or police to fire on the population."

The government has on several occasions promised to investigate allegations of misconduct by the security forces during the protests. After a social media video circulated on January 14 of police officers beating an elderly man, the National Police director general, on January 15 a special commission of inquiry to "find and identify those responsible for this awful act." When a video emerged of police officers using a woman as a human shield, Camara, the security and civilian protection minister, said on January 29 that "We can't allow these types of acts" and promised that those responsible would be held accountable.

Guinea's Ministry of Justice did not respond to a February 13 email from Human Rights Watch requesting information on the status of investigations into these two incidents nor the alleged killings of protesters since October 2019.

Guinea's government has over the past decade consistently failed to investigate deaths and other abuses during political protests. Indeed, although security force members have allegedly shot and killed dozens of demonstrators since 2010, the February 4, 2019 conviction of a police captain for the 2016 killing of a protester was the first of a member of the security forces for shooting a protester dead. Human Rights Watch recommended in April 2019 that the government establish a special investigative unit to investigate violence during protests, particularly alleged killings by the security forces.

As protests against the new constitution continue, the Guinean government should reiterate the need for police and gendarmes to abide by the UN Basic Principles on the Use of Force and Firearms by Law Enforcement Officials and the African Commission on Human and Peoples' Rights Guidelines on Policing Assemblies in Africa. The international community should press the government to respect freedom of assembly, maintain discipline, and ensure accountability for past abuses.

"As protests continue against a new constitution, impunity for alleged killings and misconduct by the security forces risks fueling increased human rights abuses," Dufka said. "Guinea's authorities need to conduct credible investigations of allegations of abuses and punish those responsible."

Previous Story
Govt on Human Rights Watchlist Ahead of Referendum
Next Story
Protests After Postponement of Elections, Referendum

Govt on Human Rights Watchlist Ahead of Referendum

Protests After Postponement of Elections, Referendum