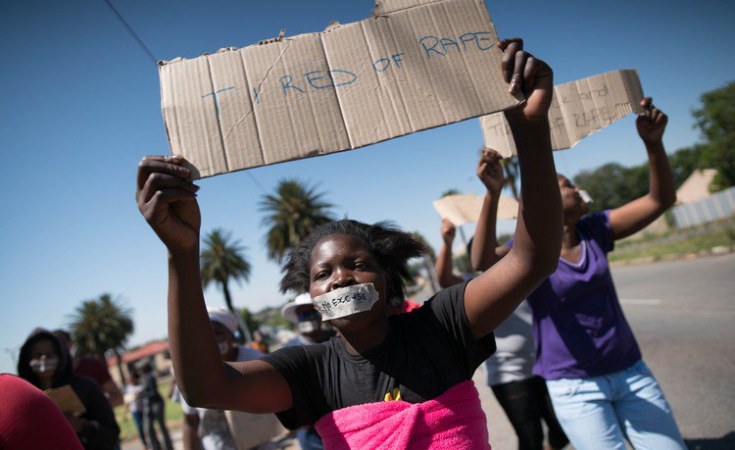 Gender-based violence was used as a weapon to "hurt, throw stones and shoot at each other", Deputy Minister in the Presidency for Women, Youth and People with Disabilities Hlengiwe Mkhize said about Tuesday's debate on the State of the Nation Address (SONA).

Mkhize spoke to News24 on Wednesday and said the developments left her shocked and disgusted.

At the debate, while EFF leader Julius Malema was speaking, ANC MP Boy Mamabolo rose and asked permission to ask a question. Malema took the unusual step of accepting the question during his speech.

Mamabolo proceeded to ask him if he abused his wife, but Malema did not immediately answer and continued with his speech.

Several ANC MPs raised points of order and some stood up even though Masondo did not recognise them.

At the end of his speech - which took up almost all of the time allotted to the EFF for the debate - Malema left his typed speech behind and occasionally looked at his phone, which appeared to display a messaging app.

He said he never laid a hand on his wife nor any of his previous partners.

He then claimed that he had information that President Cyril Ramaphosa abused his former wife, the late Nomazizi Mtshotshisa.

Amid much yelling from the ANC, Malema continued with his accusation, claiming that former president Jacob Zuma could confirm it. Masondo asked Malema to withdraw his remarks but he refused and left the House.

Commenting on the day's events, Mkhize said on Wednesday: "When the issue of gender-based violence were raised, it's almost like my heart sank."

She recalled that last year, all parties condemned the atrocity of gender-based violence after Ramaphosa called a special joint sitting to discuss the matter.

Referring to Tuesday's events, she added: "Something in me said: 'This is not it.'"

She said what was said was not in the interests of the women in question.

"Now gender-based violence is used to hurt, throw stones and shoot each other."

She also referred to Malema's claims about Ramaphosa's late wife, saying: "A woman who had passed on can't speak for herself."

Mkhize said since the debate, she wondered what else the female MPs could have done and concluded that they should have walked out.

She said since she has been sworn in, gender-based violence "has been our daily struggle" and added that she has often spoken to survivors.

She said any MP who had information about an abusive relationship had the duty to report it.

"It was a power struggle for men, fighting over power and control of the House," she said.

"They went too far."

Asked if it was something she would raise in caucus, Mkhize said: "We will stand up."

"It is not something to which one can turn a blind eye and not confront."

"It undermines our daily struggle. We can't keep quiet."

"We are really undermining all the efforts of those in the trenches."

Mkhize said they should speak out about the topic and appealed to all South Africans who were able to make a difference - leaders, companies - to tackle gender-based violence.