Nigeria: Leah Sharibu - You're Yet to Fulfil Past Promises to Free Boko Haram Captives, CAN Tells Buhari 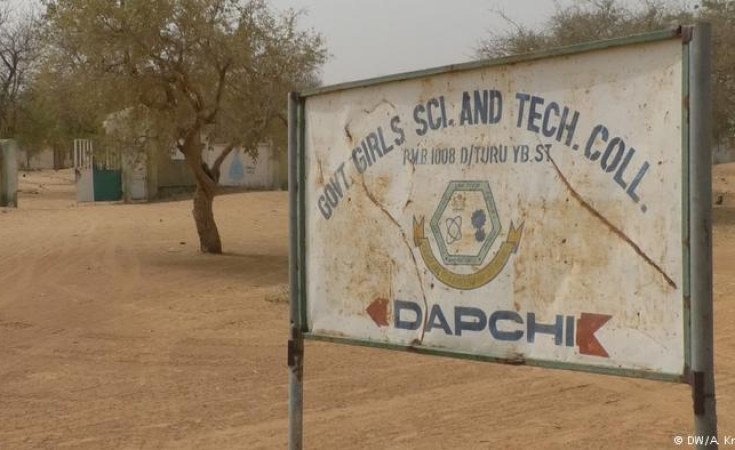 Christian Association of Nigeria (CAN) has said President Muhammadu Buhari's promise before the 2015 election that all citizens abducted by Boko Haram would be rescued has not been fulfilled.

In a statement, Wednesday night, in reaction to President Buhari's fresh promise to free those in Boko Haram captivity including Leah Sharibu, the Dapchi Christian schoolgirl whose release from the insurgents failed two years ago on account of her faith, CAN's National Director, Legal and Public Affairs, Evang. Kwamkur Vondip advised the government to reconsider its priorities and match its promises with actions.

The statement reads, "Recently, President Muhammadu Buhari was widely reported in the media reiterating his resolve and promise to secure the release of all persons abducted by the Boko Haram terrorists, especially Miss Leah Sharibu and the Chibok girls.

"The President made this same promise as part of his campaign promises before the 2015 presidential election. When will he do as he has promised repeatedly?

"It is two years now since that young Christian girl and unarguably, the face of the Church in the country, Miss Leah Sharibu, was captured by Boko Haram along with other colleagues but she is the only one still languishing in the den of her captors as a captive of faith simply because against the pressure from the terrorists, she would not convert to Islam.

"It is disheartening and painful that the government that freed her colleagues has not deemed it fit to secure her freedom, despite the fact that those in government have children or grandchildren of her age coupled with the fact that her father is a serving Police officer.

"The same fate is the sad narrative of the Chibok girls' mass abduction since 2014 after initial freedom of few of them. We commended the government than for securing the freedom of some but since then, the rest have remained in captivity.

"The Christian Association of Nigeria (CAN) is deeply saddened by the puzzle of kidnapping, ransom payment and the non-release of Leah, her reported present condition as well as other victims.

"The unsuccessful efforts to free the prisoner of faith by the Federal Government is highly disturbing, disappointing, depressing and unacceptable.

"More so that some abductees and persons kidnapped by the terrorists have had their ransoms paid and freed through the efforts of the Federal Government, relevant security agencies and some international Non-Governmental Organisations.

"The recent sad narrative about Miss Leah Sharibu's maternal condition is worrisome. Also, the setting free of so-called ex-Boko Haram terrorists under de-radicalization, rehabilitation, empowerment of the arrested terrorists by the Federal Government is rather troubling and suspicious.

"What is the guarantee that the freed ex-terrorists would not return to Sambisa forest and pick up their arms against innocent Nigerians? Media reports have it that a kingpin of the terrorists who were released has found his way back to the bush!

"We are equally disappointed and disturbed by the failure of the Federal Government to react to the footage going round that the Turkish government is allegedly funding the terrorists.

"We call on the government to please stop releasing those who are responsible for the horrendous killings in the country. It is like urinating on the graves of those they killed as well as a dirty slap on the faces of the bereaved and a way of weakening the morale of security agents in the battlefield. Where on earth have they released the captured rebellious soldiers while the war is still raging? Was any armed robber ever released after being caught by the security agents?

"CAN and its leadership should not be seen as enemies of this government for calling on them to make Nigeria safer and free the captives. No attempt should be made to silence the church and its leaders by whatever means.

"We call on Christians and all well-meaning Nigerians to continue to pray and speak against the continuous killing of Nigerians and the unfounded excuses always given by those in government to explain away the absurd situation.

"We should not cease praying for the release of all the captives in the bondage of the terrorists, bandits and kidnappers that are believed to be running to several thousand. It is our hope that very soon, the siege over the country will be lifted and all of them will be released to unite with their families."

Will the Nigerian Govt Negotiate with Boko Haram Militants?
Tagged:
Copyright © 2020 Vanguard. All rights reserved. Distributed by AllAfrica Global Media (allAfrica.com). To contact the copyright holder directly for corrections — or for permission to republish or make other authorized use of this material, click here.