West Africa: France to increase the number of troops deployed in the Sahel/Sahara strip 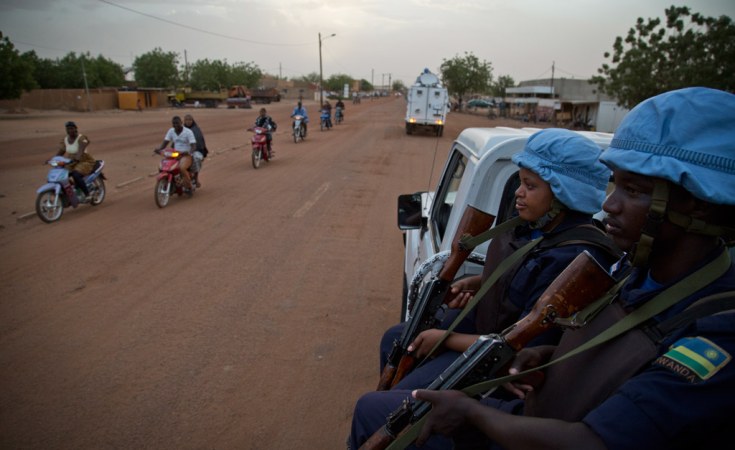 The President and Commander-in-Chief of the Armed Forces decided to increase the number of troops deployed in the Sahel/Sahara strip to approximately 5,100, an increase of 600 troops.

This decision is consistent with the approaches taken at the Pau summit and with building the Coalition for the Sahel.

The fight against terrorism is our priority. France is on the front lines in the Sahel, but it must not stand alone.

Chad should soon deploy an additional battalion to the G5-Sahel Joint Force in the tri-border area. The Europeans are also mobilizing, including the Czech Republic, whose government has just announced its intention to deploy 60 troops to the Takuba task force, which will bring together various European Special Forces units. Further announcements should soon follow, based on the political and parliamentary timetables of the countries wishing to join us.

At the same time, France is in favor of extending the European Union Training Mission (EUTM) so that it may cooperate with the armed forces of other G5 countries, thereby providing a larger share of their training.

The Ministry for the Armed Forces is fully mobilized, along with the Ministry for Europe and Foreign Affairs, to bolster the momentum of the Pau summit. The solution to the current crisis is not solely military but comprehensive, political, security-related, economic.

President Macron reminded the Defense Council this week that this major step forward in our engagement in the Sahel must be a turning point in the mobilization of our European partners and the build-up of G5 forces.

Our troops embody the armed wing of the Republic. Each day they fight an elusive, asymmetrical enemy with the same determination. The reinforcement announced by President Macron will help us step up pressure on the Islamic State in the Greater Sahara (ISGS), a terrorist organization acting on behalf of Daesh.

We will leave no space for those who want to destabilize the Sahel.

Previous Story
Mali Seeks to Negotiate with Jihadists in Efforts to End Violence
Next Story
"Engaging the international community on the issues of demography, peace and security in the Sahel region"

Mali Seeks to Negotiate with Jihadists in Efforts to End Violence

"Engaging the international community on the issues of demography, peace and security in the Sahel region"

Next Story
Tagged:
Copyright © 2020 France Diplomatie. All rights reserved. Distributed by AllAfrica Global Media (allAfrica.com). To contact the copyright holder directly for corrections — or for permission to republish or make other authorized use of this material, click here.