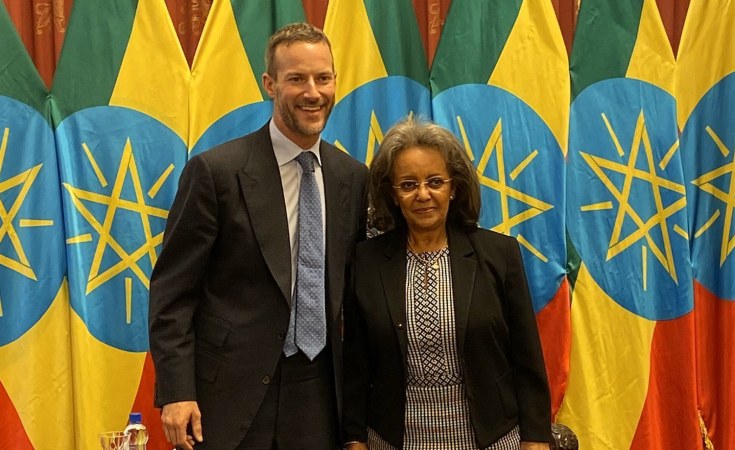 As Executive Chairman, Boehler will lead efforts to coordinate and mobilize the tools and resources of 16 U.S. Government agencies in support of Prosper Africa's mission. Boehler brings extensive experience in investment, entrepreneurship, and innovation both in and outside of the U.S. Government.

Working in close coordination with the White House, Boehler will have the support of an interagency secretariat that will work to maximize the impact of U.S. Government tools to mobilize private capital, improve business climates, and accelerate African economic growth. Victoria Whitney, formerly Senior Director for Strategy and Communications at United States Agency for International Development (USAID), will serve as the Chief Operating Officer of the Prosper Africa secretariat.

"Prosper Africa creates new and promising opportunities for people across the continent. Bringing together the tools of DFC, USAID, the Department of Commerce, the Millennium Challenge Corporation, and our other U.S. Government colleagues, we will help to grow economies, create jobs, and increase livelihoods for Africans, as well as for the American people," said Boehler.

Before becoming CEO of DFC, Boehler ran healthcare innovation for the U.S. Government at the Department of Health and Human Services. Prior to his government service, he founded and led several successful businesses including Landmark Health, which he grew into the largest in-home medical provider in the country. Boehler spent the first half of his career focused on domestic and international investing. He began his career working for the Financial and Fiscal Commission in South Africa, where he advocated for fiscal responsibility on behalf of the nine provinces.

Boehler was unanimously   confirmed   by the United States Senate in September to serve as the first CEO of DFC - a new U.S. Government agency dedicated to partnering with the private sector to invest in emerging markets and advance U.S. foreign policy. DFC has a $60 billion investment cap, new tools, and greater flexibility to support private sector-led development in priority regions like Sub-Saharan Africa. The agency plays a key role in advancing Prosper Africa by supporting private sector investment across the continent, including through its   Connect Africa and 2X Africa   programs.

DFC currently has over $7 billion invested in more than 150 projects across Africa. These projects are building critical infrastructure, expanding access to energy, technology, and healthcare, and advancing financial inclusion, particularly for women and small businesses. The agency recently   announced   a new collaboration with the African Development Bank to multiply its impact in the region.

Read the original article on DFC.

Previous Story
Tagged:
Copyright © 2020 U.S. International Development Finance Corporation. All rights reserved. Distributed by AllAfrica Global Media (allAfrica.com). To contact the copyright holder directly for corrections — or for permission to republish or make other authorized use of this material, click here.