Ghana: Could a #MeToo Moment End One of Africa's Biggest Arts Festivals? 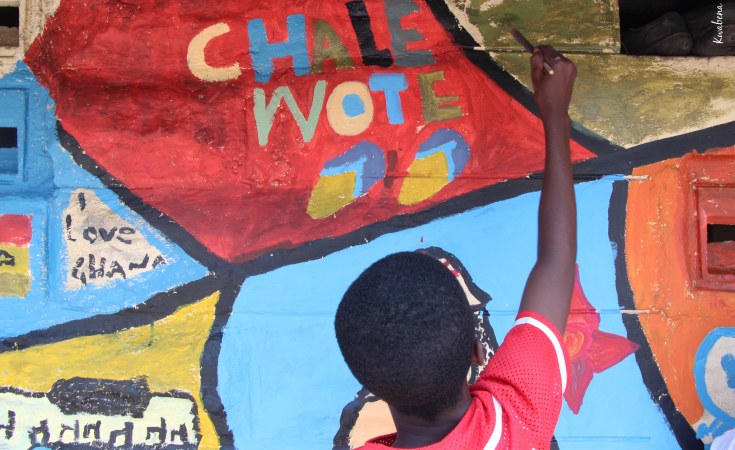 Maybe not. But there will be a shift.

In late-August 2019, Ange Kayifa travelled to Accra to perform at the Chale Wote Street Arts Festival. This would be the first time the Cameroon artist performed at the leading African cultural event and she was excited to present her work, which investigates gender violence, to a new audience.

"For my part, it was important to open wide dissemination on issues of violence against women because it is a subject that remains taboo and not really addressed in Africa," she told African Arguments.

What Kayifa did not know as she performed, however, was that domestic violence allegations were about to hit the festival itself.

A few days after the event concluded, Chale Wote's co-founder Dr Sionne Neely accused the festival's other co-founder, Mantse Aryeequaye, of repeated incidents of abuse in a blog post.

"During the course of a decade-long relationship with Mantse Aryeequaye, I experienced multiple instances of violence, terror, intimidation and coercion," she wrote.

"Specifically on the night of December 29, 2017, for more than 3 hours I was held hostage in our shared flat, physically and emotionally tortured and coerced into audio-recording false statements while my life was being threatened with two weapons."

Fearing for her life, Neely has since left Ghana.

A few years ago, these kinds of allegations might not have troubled someone in Aryeequaye's position. Other high-profile figures - such as the national football team captain Asamoah Gyan, broadcaster Kwesi Kyei Darkwah and rapper XO Senavoe - have faced with serious accusations in recent years with few repercussions.

However, in the #MeToo era, things are a little different.

On hearing Neely's account, a collection of local and international artists signed a joint statement calling on Aryeequaye to address the allegations and subject himself to investigations. A famous musician, Wanlov the Kubolor, asked Aryeequaye to resign first and allow his innocence to be ascertained after.

There are already growing signs of a boycott by artists for the 2020 edition if Aryeequaye stays on. Poetra Asantewa, one of the signatories of the artists' statement told African Arguments: "If he really cherishes Chale Wote, he would publicly step aside... There are artists who have dedicated their skills and time to the festival year after year even before it became big without asking for their worth and that is as much an act of love as demanding for accountability."

Aryeequaye denies the allegations and has declined to resign. He says he is a victim of "an elaborate psychological operations (Psy-Ops) project."

Neither Aryeequaye nor Neely responded to invitations to comment.

The Chale Wote case is another example that violence against women is starting to have consequences in Ghana. At least if only in the court of public opinion.

This recent incident is the latest in a series of revelations where survivors have been emboldened to come forward publicly. In 2019, a lawyer accused two senior male lawyers including the president of the Ghana Bar Association of raping her. In the same year, the BBC's investigative documentary Sex for Grades showed university lecturers on camera propositioning undercover journalists posing as students, highlighting a historic problem faced by female students. This month, the University of Ghana suspended two lecturers in the documentary for six and four months.

Institutionally, however, justice still remains elusive. And while it is becoming easier for survivors to speak up, Ghana still lacks efficient prevention, response and support systems for survivors.

Ghana recorded 30,408 cases of assault domestic violence between 2011 and 2016 but prosecutions are few and far between and many incidents go unreported. Public opinion also holds back action. A 2016 report by the Ghana Statistical Service found that 23.1% of women and 13.8% of men found wife-beating acceptable.

"There is a culture that sort of justifies violence against women specifically and people like to cover up incidents," says Fatima Derby, co-organiser of the Young Feminist Collective in Accra.

These attitudes, she adds, affect how law enforcement responds. "[The police] would usually prefer to not even be involved," she says. "Sometimes they might even encourage you to settle the issue at home. Because of that, victims and survivors are not able to access the justice that they deserve."

As Poetra Asantewa puts it, Ghana's #MeToo movement may be gathering momentum, but it has "taken off on very weak knees... Ghana hasn't cracked the code to tailor the movement to benefit victims."

If Aryeequaye is successfully excommunicated from Chale Wote or the public shuns the festival under his leadership, however, it would at least signal a shift in attitudes not just within the arts but wider society.

Get Us Out of Here - U.S. to Evacuate Citizens Out of Africa
Media