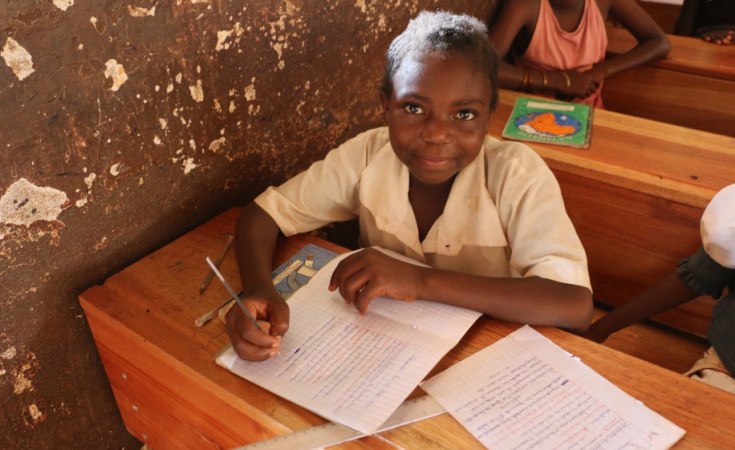 One year after the signing of a peace deal in the Central African Republic (CAR), State authority is being extended throughout the country, violence against civilians has decreased, and an inclusive Government remains in place, the UN Security Council heard on Thursday.

Ambassadors were briefed by Mankeur Ndiaye, UN Special Representative for the country, who presented the latest report of the Secretary-General focusing on progress and challenges since the authorities and 14 armed groups signed the Political Agreement for Peace and Reconciliation last February in the capital, Bangui.

It was negotiated under the auspices of the African Union (AU), which had brought the sides together for 10 days of talks in Khartoum.

"Progress has also been made in establishing special joint security units, as provided for by the peace agreement," said Mr. Ndiaye, before listing further achievements including in demobilization, fighting impunity and promoting transitional justice.

Path to peace 'fraught with pitfalls'

The peace deal is the latest attempt to stem a crisis which began in 2012 after fighting between the mostly Christian anti-Balaka militia and a mainly Muslim rebel coalition known as Séléka killed thousands.

But as Mr. Ndiaye told the Council, a peace agreement is not yet peace. "It is a step forward, a long process, which is sometimes fraught with pitfalls."

Although signatories have reaffirmed their commitment to the agreement, violations continue, including illegal tax collections and attempts to expand territorial influence.

Despite improved overall security, pockets of instability remain, with clashes between armed groups in the north-east threatening civilians and humanitarian workers.

Mr. Ndiaye informed the Council of mediation efforts currently underway by the UN integrated mission in the country, MINUSCA, following attempts by one group, known as the 'Rebirth' or the FPRC, to invade the village of Birao, capital of Vakaga province.

The FPRC had also issued a call for violence against the UN mission in Ndele, another northeastern town, rallying local people to invade its camp.

"This is particularly unacceptable because it is using women and children as human shields to besiege the MINUSCA camp and to obstruct its operations," he said.

"The majority of the armed groups have not yet laid down their arms and continue to exploit natural resources to the detriment of the state," he said, speaking via videoconference from Khartoum.

The peace deal anniversary aside, Mr. Ndiaye said 2020 represents "an important turning point" as the CAR will hold presidential and legislative elections starting in December.

The return from exile of former Presidents François Bozizé and Michel Djotodia has been among the "new political dynamics" emerging in the run-up.

"Both of them... want to contribute, and this is something we can welcome," said Mr. Ndiaye, who also commended the "spirit of openness" expressed by current President Faustin-Archange Touadéra.

The UN Development Programme (UNDP) estimates the election will cost nearly $42 million, according to Ambassador Omar Hilale from the UN Peacebuilding Commission.

Reiterating a point made by Mr. Ndiaye, he said the process must be inclusive, with women, youth, displaced people and refugees taking part.

Ambassador Olaf Skoog, European Union representative, underlined support to the CAR. The regional bloc will foot nearly half the cost of the vote and also plans to deploy electoral experts.

"Elections are essential to consolidate democracy and democratic institutions in the CAR," he said. "Postponement is not an option. They must take place."

Year-Old Agreement Must Be Implemented for 'Lasting Peace' - Expert