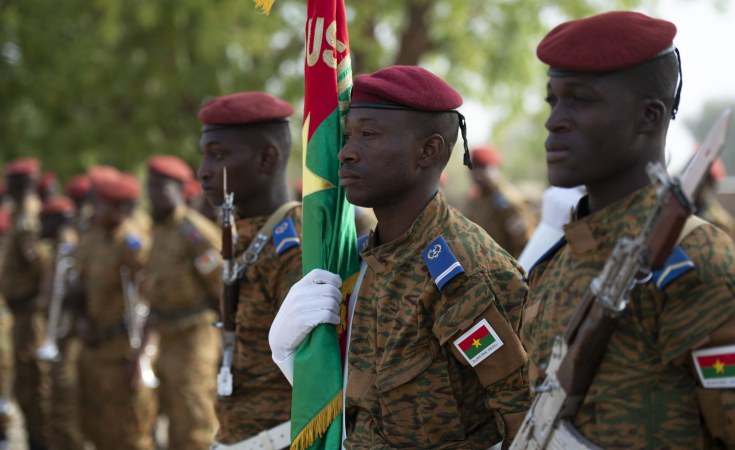 Centre-North Region, Burkina Faso — 'Before, we were living together, there was no problem. But now they stood up against us.'

Dagnoudou Ouédraogo blames jihadist groups for uprooting his family last year in northern Burkina Faso. But he also blames his neighbours - ethnic Fulani cattle herders that he claims are working side by side with the extremists.

"Before, we were living together [with the Fulani herders], there was no problem," said Ouédraogo, a farmer from the Mossi ethnic group, Burkina Faso's largest. "But now they stood up against us."

It's an increasingly common complaint in Burkina Faso, where extremist violence has displaced nearly 800,000 people - all but 50,000 in the past 13 months - and is driving a wedge between communities once known for diversity, tolerance, and social cohesion.

As attacks by Islamist groups - some linked to al-Qaeda and so-called Islamic State - have risen dramatically, so have reprisals against some marginalised Fulani communities, who are accused of joining and harbouring the militants.

A string of attacks on churches in northern and eastern Burkina Faso in recent months - including one last Sunday that left 24 people dead and 18 wounded - has triggered fears the militants are also trying to create a religious divide in the country.

Tensions have been fuelled by community militias, some of which have attacked Fulani civilians, and by government security forces, which have also targeted the marginalised community during counter-terrorism operations, according to rights groups.

A new law that will offer local volunteers funding and training to combat jihadists may further empower militias and deepen community tensions.

"It will give legitimacy to some groups, in local contexts that are already tense, with conflicts around land, cattle," warned Tanguy Quidelleur, a PhD candidate at Paris Nanterre University who researches Burkina Faso.

About 60 different ethnic groups live in Burkina Faso - often held up as a rare example of religious diversity and tolerance in West Africa. Despite occasional conflicts over land, water, and other resources, for the most part they coexist peacefully - often intermarrying and sending their children to the same schools.

But the increasing violence in recent months has traumatised many communities and is threatening what residents call "vivre ensemble" - their ability to live together.

Many of the problems can be traced to the rise of one man: Ibrahim Malam Dicko, a Fulani preacher from northern Burkina Faso who founded Ansar ul Islam - the country's first homegrown jihadist group - in December 2016.

The preacher owed his initial success to addressing social grievances within the Fulani community - a predominantly Muslim cattle-herding people that feel neglected by the central government.

Local radio was his main outlet. "We gave him airtime, as we did with other preachers and theologians," explained Roger Sawadogo, a journalist and director of La Voix du Soum, a popular station in the north.

"[Dicko] was clever. He was arguing that the inequalities and the hierarchy of society should be questioned. Many people agreed," Sawadogo said.

Dicko reportedly died from thirst and exhaustion after a French-led raid in mid-2017, but his ideas survived and militant groups have continued to recruit Fulani youth, particularly in areas where the state is perceived as absent or corrupt.

This has led to collective punishment of Fulani by members of other ethnic groups who have been targeted by the militants - violence which then plays into the hands of the jihadists, who can present themselves as protectors of the Fulani.

"[The jihadists] have very clever tactics," said Mahamadou Sawadogo, a researcher based in the capital, Ouagadougou. "They play on that to get new recruits... it is a great weapon."

The proliferation of community militias has made matters worse.

In January 2019, the Koglweogo - a mostly Mossi crime-fighting militia that grew in stature following the fall of president Blaise Compaoré - allegedly killed dozens of Fulani civilians after the execution of a prominent Mossi chief by suspected jihadists in a village called Yirgou.

Though not formally involved in the fight against jihadists, the Koglweogo have repeatedly been targeted by the militants, either as a deliberate strategy to sow ethnic tensions or because they represent a competing form of authority.

In an interview with The New Humanitarian, government spokesperson Remis Dandjinou denied the existence of community tensions and said "lessons have been learned" from what he described as the Yirgou "slip-up".

But more than a year on, no investigation has been made into Yirgou, nobody has been held responsible, and a feeling of injustice is growing among Fulani communities.

On a visit to a camp hosting victims of the Yirgou massacre late last year, many residents told TNH they still don't dare venture outside - largely because their killers remain at large.

"They can do whatever they want," said one young man who asked not to be named for fear of reprisals. "The government is concerned about the terrorists, not what's happening to us".

Rights groups worry that the approval of the vigilante law - which will provide two weeks of training and small arms to local volunteers - could entrench the power of groups like the Koglweogo and deepen community rifts.

Philippe Frowd, an assistant professor at the University of Ottawa who is studying the Koglweogo, said the decision was made because the state is "incapable of having the whole of its territory secured by the defense and security forces".

In an interview with THN in December - before the law was passed a month later - Amado Ouédraogo, a Koglweogo leader in the northern town of Pissila, said his group would be willing to provide volunteers for the new training programme.

"If we are given weapons, we can help," he said. "We even gave a list of names to the town hall: all the people who want to defend their community. But so far there has been no follow-up."

The Koglweogo leader added, however, that he wouldn't want to see the conflict escalating along ethnic or religious lines: "God has to help us. We must work together and calm things down," he said.

Alongside these intercommunal tensions, some Burkinabe fear extremist groups are trying to prise open a religious divide between the country's Muslim majority and Christian minority.

Sunday's killings at a Protestant church in northern Burkina Faso were the latest in a string of violent attacks on Christian communities and places of worship over the past year.

Christians have not responded with reprisal violence, however, and some analysts of Burkina Faso have cautioned against framing the conflict in religious terms, especially as jihadists also regularly attack mosques and Muslims.

"For several of these attacks, it seems that these people were not targeted only because they were Christians, but because they were suspected of acquaintances with the army or with the Koglweogo," said Louis Gosselin, assistant director at CEFIR, a radicalisation research institute.

Rather than challenging stigmatisation against the Fulani, the Burkina Faso security forces have continued to fuel it, committing a slew of alleged abuses against the community during counter-terrorism operations.

Speaking to TNH in Ouagadougou, one serving corporal in the national army - who asked not to be named in order to speak freely - offered no remorse for the abuses he admitted he had been a part of.

The corporal said few prisoners are kept alive unless they are worth questioning for information - a tactic he believes necessary to counter the spreading militancy. "You can't make an omelette without breaking eggs," he said.

Previous Story
Next Story
Dozens Killed in Attack on Church

Dozens Killed in Attack on Church 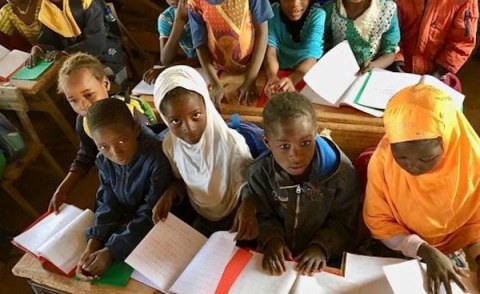 Burkina Faso - When Civilians Take Up Arms Against Militants
Tagged:
Copyright © 2020 The New Humanitarian. All rights reserved. Distributed by AllAfrica Global Media (allAfrica.com). To contact the copyright holder directly for corrections — or for permission to republish or make other authorized use of this material, click here.