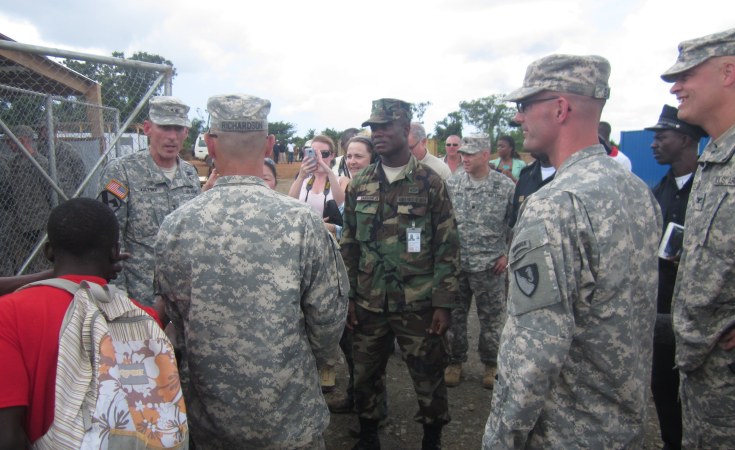 U.S. military commanders say the United States will support African governments in their efforts to secure and stabilize their countries. The eighth Africa Land Forces Summit in Ethiopia ended with a call on African troops to improve their human rights record.

This week, top U.S. military commanders met their counterparts in Africa to discuss ways of protecting African countries from violence and instability.

In recent years, the threat of terrorist groups like Boko Haram and al-Shabab has increased, and criminal networks have become more brazen and prominent.

“In keeping with this theme, tomorrow’s security demands leadership today. We have been focused on the roles Africa’s land forces chiefs, and senior leaders have in developing defense systems, institutions that are trained, capable professional forces that respect the rule of law, and human rights a contributor to greater security and stability on the African continent,” Cloutier said.

The annual summit of Africa Land Forces was attended by representatives from 42 countries who gathered in Addis Ababa to share their experiences in dealing with violence and the need to cooperate in dealing with emerging threats.

The U.S. military’s Africa Command currently gives support to about a dozen African countries. In particular, the command has carried out many drone strikes against Islamist militant group al-Shabab, which has tried for years to overthrow the internationally recognized government of Somalia.

In Washington, the Trump administration has signaled it may scale back U.S. military operations in Africa, a decision that many African security experts see a step back in the fight against terror groups.

Cloutier assured African military leaders his country was not abandoning them.

“The review is focused on making sure that the resources we have in Africa are in line with the national defense strategy. We are trying to make sure that we are efficient with our resources, and we are not duplicating efforts, and whatever it is doing on the African continent is complementary. So the bottom line is the United States is not walking away from Africa. We are committed, and we remain engaged,” Cloutier said.

Some African security forces have been accused of using heavy-handed tactics to combat insecurity, something that has pushed the youth to join violent groups.

Pierre said another problem is that African security forces are often dependent on international aid and training. In many ways, he says, that dependency lets outsiders dictate strategy for African forces, which he says is “not conducive for very specific needs of an area.”

U.S. Secretary Of State to Make First Visit to Sub-Saharan Africa
Tagged:
Copyright © 2020 Voice of America. All rights reserved. Distributed by AllAfrica Global Media (allAfrica.com). To contact the copyright holder directly for corrections — or for permission to republish or make other authorized use of this material, click here.