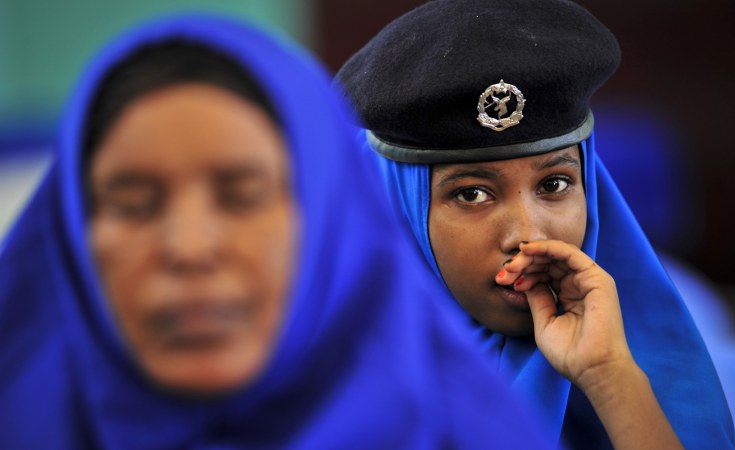 The African Union Mission to Somalia (AMISOM) said on Friday it has trained 200 more Somali police officers, who will maintain law and order in Hirshabelle State in the central part of the country.

Yuyi Mwala, AMISOM police coordinating officer for the state, said the police officers will soon graduate from Jowhar Police Academy as part of stabilization efforts in the Horn of Africa nation.

"We have 200 recruits who will graduate soon. They are well-prepared, and we are thankful to the Hirshabelle State leadership and the police leadership for supporting AMISOM to achieve its mandate," Mwala said in a statement issued in Mogadishu.

The AU mission is implementing the transition plan, under which the mission will gradually hand over security responsibilities to Somali security forces and exit by 2021.

As part of its mandate, AMISOM Police continue to partner with the Somali Police Force to train, mentor and advise them to build their capacity and meet international policing standards.

The AU mission said it has been working closely with the federal and state governments to secure Somalia and provide a conducive environment for universal elections.