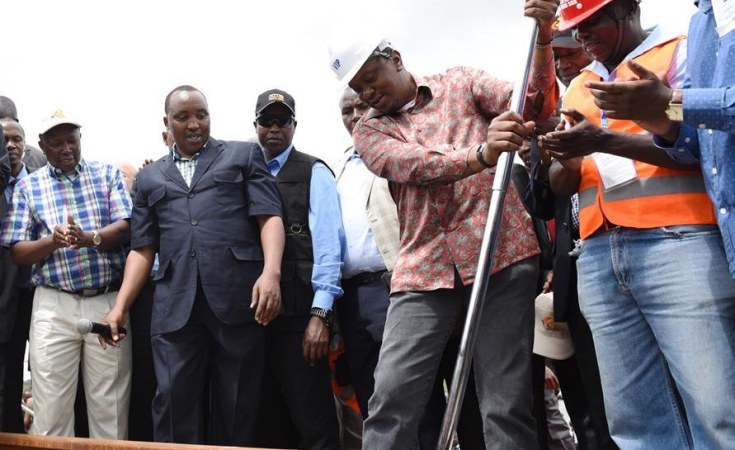 Transporters want Cabinet Secretary James Macharia compelled to file in court a copy of an agreement between Kenya and the Chinese government for the construction of the standard gauge railway.

The Kenya Transporters Association (KTA) has questioned the directive issued by the Kenya Ports Authority (KPA) and Kenya Revenue Authority (KRA) requiring that all cargo imported through the Mombasa port be transported to Nairobi exclusively on SGR.

They argue that the directive was not only meant to generate income from the transport service but also to maximise it through granting a monopoly to Kenya Railways to transport containers.

"It is therefore fundamental to interrogate the directive from its very foundation, being the agreement for the construction of the SGR by the Chinese government," argues KTA through its lawyers Gikandi and Company Advocates.

"Since the agreement is not in the public domain and is therefore inaccessible by the public, it will be proper and just if the court orders that the agreement be awarded to the petitioner and the court."

The transporters are seeking a declaration that importers of cargo at the Mombasa port have a right to choose the mode of transport to a destination of their choice.

They have sued the KPA, KRA, KRC, Transport CS James Macharia and the Competition Authority of Kenya.

They argue that the directive issued by KPA and KRA is in breach of the public trust bestowed upon them by Mombasa residents and is a violation of the Constitution.

They argue that the government has curtailed the consumers' right to choose the mode of transport suitable for them.

"The government behaves as though SGR is the only infrastructure which has ever been invested in and forgets that ... transportation companies have been a great source of revenue," argues KTA in the petition.

They also say that being a stakeholder in the transportation industry, they ought to have been given a chance to participate in passing the directive.

According to the transporters, none of the statutes that created KPA, KRA and CAK confer power on them to meddle in transport matters.

The case will be mentioned on April 20.