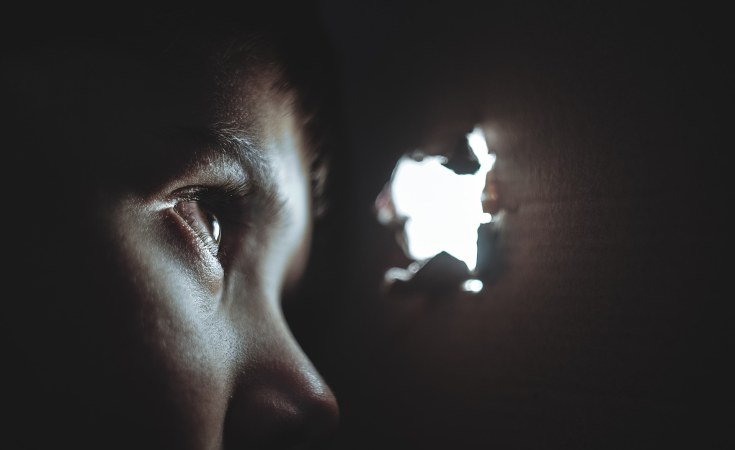 Corporal punishment is slowly disappearing from Nigerian schools, but teachers, parents and other stakeholders do not agree on the potential effects of the development on the pupils.

Some teachers and parents believe that the government has banned corporal punishment in schools.

"Following the act of the Federal Ministry of Education, there is no more corporal punishment in schools. It is only the headteacher who is permitted to punish any child indicted of a grievous offence. Teachers or any other person are not allowed to give corporal punishment to students by the act which we are following at Tophill Schools," Omang Julius, vice-principal of the Abuja private school, said.

He said most schools also stopped corporal punishment because it scares pupils away.

"If we use corporal punishment for correction then you are instigating the child's attitude, they will feel like after all what are they going to do, it's just flogging. So it conditions a permanent result on that behaviour."

PREMIUM TIMES findings, however, show that the government has not announced a policy banning corporal punishment in schools.

The minister of state for education, Chukwuemeka Nwajiuba, last year said the federal government would no longer tolerate bullying in schools, but he was not referring to corporal punishment.

UNICEF defines physical or corporal punishment as an action intended to cause physical pain or discomfort, but no injuries

The minister said bullying does mental, social and psychological damage to the well-being of victims.

The spokesperson of the education ministry, Ben Goong, emphasised that the government did not ban corporal punishment.

"The minister of state said there should be no more bullying in our secondary schools because bullying is different from corporal punishment, whereby the senior students might want to bully the junior students," he said.

He said any offence warranting beating should not be done by students but should be reported to school management.

Notwithstanding that clarification, officials in most of the schools in Abuja visited by PREMIUM TIMES said they no longer apply corporal punishment on pupils because of parents' attitude to it.

"Some parents go as far as beating up the teacher or demanding the termination of the teacher's appointment for beating their wards. So, it is a law in most schools now not to beat a pupil but rather give other forms of punishment," a teacher told PREMIUM TIMES.

The teachers said in many schools, pupils can only be beaten in the presence of the school owner, principal or vice-principal.

Some of the teachers lamented that the absence of corporal punishment encourages pupils to be rude to them.

"We don't beat them, that is the first law you will know before we employ you," a school owner told PREMIUM TIMES.

Some school owners said parents who are afraid of their children being beaten by teachers check for CCTV in schools before enrolling the children. They said CCTV allows them to check how their wards are being treated.

At Morfol School, Abuja, the administration officer, Joy Bassey, said the teachers are not allowed to serve corporal punishment on pupils even when they do not do their assignments.

"We have given them the rule not to touch any child. Even some parents also said shouting at the pupils is child abuse. We only give light punishments like stand up, raise your hands, face the wall and others," she said.

They no longer respect us

However, some stakeholders warned that removing corporal punishment from the school system would do more harm than good.

The Head of Teachers at Omoleye Elementary School in Osun State, Stella Olateju, said: "They used to fear us before such as if we call one pupil, three will run to you. However, they don't respond again. Even their parents come to school to complain that they don't care about their assignments at home any longer."

"The idea of erasing corporal punishment cannot help the pupils. Even the Bible says you should use a stick to correct the mistakes of the pupils. There are times we still use it here. It is when you flog them that they will obey. So, I don't support total eradication."

Bringing another dimension into the debate, Ogundiran F. B., a teacher at Holy Saviours Elementary School in Alapata, Ife, Osun State, said kids now "are too small to be flogged."

Mr Julius of Tophills School said many parents abhor corporal punishment, while others complain that private schools do not beat their wards.

"We have an issue like that in PTA where some parents will say that the private schools are the ones spoiling the children, that we are not giving them real punishment because we are petting the children. But some parents would say no, please this is my only child, don't ever give him corporal punishment. So we have such issues but our administrators in the school know how to balance issues," he said

Some parents said children need to be flogged, but others believe it is a wrong method of correction.

A parent who introduced himself as Mr Ayinla said the ban on corporal punishment is hurting the children.

"Spare the rod and spoil the child, children should be beaten and corrected. I don't believe in the ban at all," he said.

However, a parent, Mrs Lekwot, said corporal punishment should not be enforced in schools.

"For me, there are mild punishments. Corporal punishment can be dehumanising. Some teachers lack control and can go as far as inflicting bodily injury on the students."

The immediate past president of the All Nigeria Confederation of Principals of Secondary Schools (ANCOPSS), Fatima Binta, said corporal punishment is no more in vogue.

"Instead of using corporal punishment, it is advisable we use positive and negative re-enforcement. Positive reinforcement like praise, words of encouragement. Negative reinforcement is when a child disobeys, the child can be asked to kneel in front of the class instead of caning the child," she said.

She said corporal punishment is no longer encouraged in schools not because Africans are trying to copy the European style, but because there are other ways to correct a child rather than inflicting injury on a child.

Although many parents no longer approve of corporal punishment in schools, data shows that children in Nigeria continue to suffer physical violence.

According to the 2014 National Survey on Violence against Children in Nigeria, one out of every three children have experienced physical violence from their parents or teachers.

In the other regions, 31 per cent of children between the ages of one and 14 years in the South-south experienced severe physical punishment. In the North-west, it is 29 per cent, in the South-west, 26.4 per cent and in the North-east, 23.7 per cent.

In the North-east, 83.4 per cent of children were affected while the North-west states have the lowest figure with 78.1 per cent.

The Global Partnership to End Violence Against Children referred to Nigeria as one of the "pathfinding countries" that have made formal commitments to ending violence against children, but there is insufficient evidence in practice that indicates this commitment.