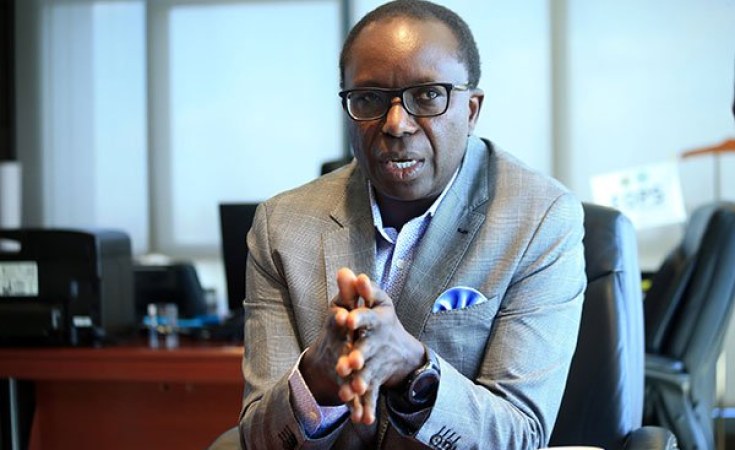 NATION: How much has Tullow invested in the Kenyan project?

MARTIN MBOGO: We have invested more than Sh100 billion in the drilling and exploration, and on the community and county government from whom we leased the land, and other areas.

Have Tullow PLC's troubles affected you? We've seen the Kenya office lay off a number of staff.

At group level, we have stated that we had to reduce production forecast in our cash generating assets in Ghana. This means that our revenue was going to be less this year. Prudent management required that we adjust with that reality. However, the Kenyan unit is least impacted by that because we have the budget to get through to the FID. Now, because we have to manage our finances, and not bear costs above our shareholding, it explains why we are managing reductions in terms of performance and headcount so that we can also undertake things that will take us to FID.

How have the delays in approvals, both from the joint partners and the Kenya government, affected the project?

The delays, especially from government and partners, cost the project so much. The slower-than-expected decision making within certain arms of government also created difficulties within various boards. A perfect example is the heads of terms, which took a whole year to approve, yet when you look at the document we submitted and the one approved, the changes were minimal. In this sector, capital is expensive and we need to hasten decisions so that we can lock in investors and attract as much investment as possible.

So where are we in terms of Project Oil Kenya?

We have been working on the Early Oil Pilot Scheme, which was suspended two months ago. We chose trucking on three main fundamental principles: We needed to understand how much of it there was, how much of it can flow from the ground to the surface, and how to move it either by truck or any other means. We also needed to understand the legislative framework on how that oil would move and to complete our model, we also needed to understand the value of this oil in the international markets, which could only be realised by offering it to those markets. This would help us look at what price it fetches relative to the benchmark Brent. From this, our objective with EOPS was not to make money out of it.

Why was the trucking stopped?

This has to do with the state of the roads. We have a section between Ortum and Sarbit where the roads aren't motorable. Regrettably, that hasn't been resolved. We are happy to resume the EOPS when those roads are fixed by the government. Obviously, this delay comes at a cost because we have retained leased equipment, prime movers, tank-tainers, and professionals. We are having conversations with the government on how much longer this situation will hold and any alternatives for the project.

When should we expect to have the Final Investment Decision for this project, given that it wasn't met as per the schedule last year?

We are confident that this will be done in the last quarter of this year once we have every moving part of this project aligned. To deliver the 100,000 barrels of oil and the 900km pipeline, we need some significant foreign direct investment of Sh300 billion. This will be split at over Sh100 billion for the pipeline, and Sh200 billion for the investment in the upstream project in the fields.

We have already done the design work and we know we require over 300 wells to deliver this oil, the design of the pipeline and the processing facilities have been undertaken. So we are confident these numbers portray close to the cost.

To raise the Sh300 billion, we are working on a financial structure that requires 30 per cent on equity and 70 per cent on project financing. To undertake the latter, we need due diligence, which will involve our ability to access land for the project both upstream and downstream; and also water rights for the project in Turkwel. So far the National Land Commission has taken a lead on the land acquisition issues and also water. Once we have all these aligned, and the project partners signed in, then we can confidently undertake the FID.

How many wells have been drilled in South Lokichar?

So far we have done 40 wells in the area under the foundation phase, but once we get full-scale production, we shall be doing a much bigger scale of over 300 wells in the next five years to support the over 80,000 barrels per day at full scale.

If the new partner buys the shares on offer from you and your partner, they will end up with the majority stake. Will they have the absolute voting rights to drive the project forward?

Yes, and there would be nothing wrong with it. Even if we reduce to minority shareholding, we will still maintain a good interest in the project delivery because it is feasible. From our standpoint, the project structure and fundamentals are good, which makes it very valuable.