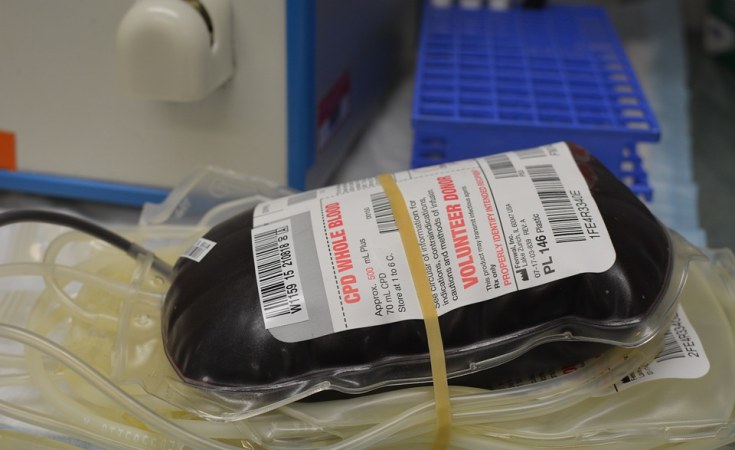 Ten cancer patients awaiting life-saving chemotherapy were discharged from Kenyatta National Hospital due to lack of blood, as shortage of the commodity bites.

The patients told the Sunday Nation that they were asked to leave last Friday morning.

Ms Hellen Achieng, one of the affected patients, said they had been admitted to the women's Ward 1B at the hospital for close to two weeks, with hopes of beginning their treatment.

"We were forcibly discharged on Thursday and most of the patients slept in the casualty corridor, before leaving on Friday morning," says Ms Achieng, who hails from Busia.

She suffers from cancer of the vulva and needs four pints of blood before she can start her chemotherapy treatment.

They were told to either look for donors or travel to their respective counties and request for blood.

Several calls to the hospital's management went unanswered Saturday and when the communications manager, Mr Hezekiah Gikambi, answered, he said he was not aware of the issue.

The Sunday Nation requested him to link us to Dr Evanson Kamuri, the chief executive officer, but he said the CEO was in a meeting and had several priority issues to deal with, and his work is not to pick calls.

"Do you think we are seated here waiting for your call to pick; we have other priorities to attend to. The chief executive is busy saving lives and his work is not to pick your calls," Mr Gikambi said.

Last Wednesday, Millie Kagonga of Symbol of Hope Warriors, a cancer support group in Kariobangi North, placed an advert on social media calling on Kenyans to donate blood for Ms Achieng since her condition was deteriorating.

"Every time I call her relatives, they promise to come to Nairobi to see her but they have never showed up. They don't have transport to come to Nairobi and getting a blood transfusion at KNH is almost impossible if you don't bring your donors," says Ms Kagonga.

"I don't even have money for my transport back home. I am in pain. What these people are telling me is to go die at home. Where do I get blood?" posed Achieng, 32.

Cancer patients normally need blood to compensate for one of the side effects of the chemotherapy drugs they receive.

The drugs normally affect fast-dividing normal cells as well as the cancerous ones. This leads to patients' blood cell counts dropping, thus, transfusion of red cells and/or platelets is needed.

Kenya is facing a shortage of blood supplies, with relatives and friends of patients increasingly putting out calls for people to assist in donating blood.

Blood collection has been plagued by lack of funds for screening tools. There is also hardly any money to pay workers to collect and store blood.

According to the World Health Organisation guidelines, for the proportion of donor relative to the total population, Kenya should be collecting as much as one million units of blood a year, enough for its population.

Should there be an emergency, the country would be in trouble.

Blood is crucial in healthcare. Apart from the usual transfusions due to anaemia, other conditions that need blood to save lives are bleeding during maternity, cancer patients and accident victims.

In Kenya, children under five years and women with pregnancy-related haemorrhage need transfusions the most.

The Health ministry, which is in charge of blood donation through the Kenya National Blood Transfusion Services (KNBTS), has for the past 15 years relied on the US President's Emergency Plan for Aids Relief (Pepfar).

Pepfar, which has been supporting blood collection, testing and policy issues in the country, will from the end of this month cut funding, leaving the ministry in a dilemma on how to ensure the blood supply is at an optimum.

Outgoing Health Cabinet Secretary Sicily Kariuki earlier told the Nation that the "ministry will shift things around to allocate the blood services through a supplementary budget. The selling of blood would be a considered option, given that private hospitals already do so despite getting it for free".

The sale will not be for profit, she said.