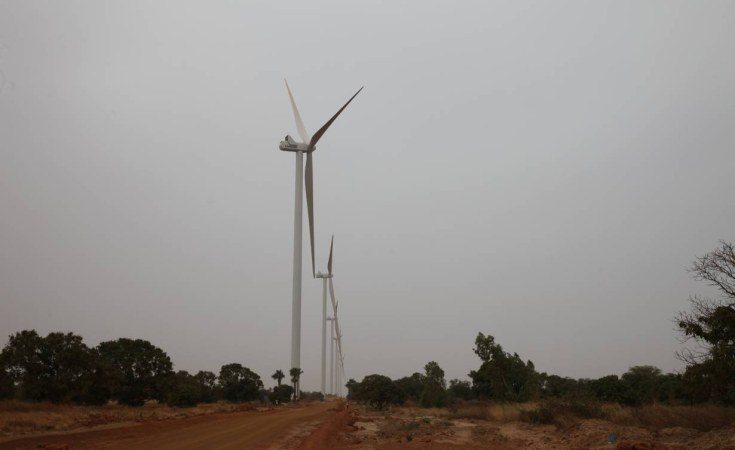 Dakar — With the wind farm, Senegal will get 30% of its energy from clean sources, in a push to cut its dependence on fossil fuels

Senegal inaugurated the first large-scale wind farm in West Africa on Monday, a facility that will supply nearly a sixth of the country's power when it reaches full capacity later this year.

With the wind farm, Senegal will get 30% of its energy from renewable sources, which has been a goal of President Macky Sall.

"The energy mix we have today allows us to move past our dependence on petrol," said Papa Mademba Biteye, director-general of Senelec, the national electricity company, at an inauguration ceremony in the rural community of Taiba N'Diaye.

The 158 megawatt wind farm was built by British renewable power company Lekela, which also has wind farms in South Africa and Egypt and an upcoming one in Ghana.

Wind farms remain scarce throughout sub-Saharan Africa compared with solar plants, partly because they can cost more and take longer to build and because strong wind is generally less plentiful than sunshine, said Silvia Macri, an energy analyst at IHS Markit. 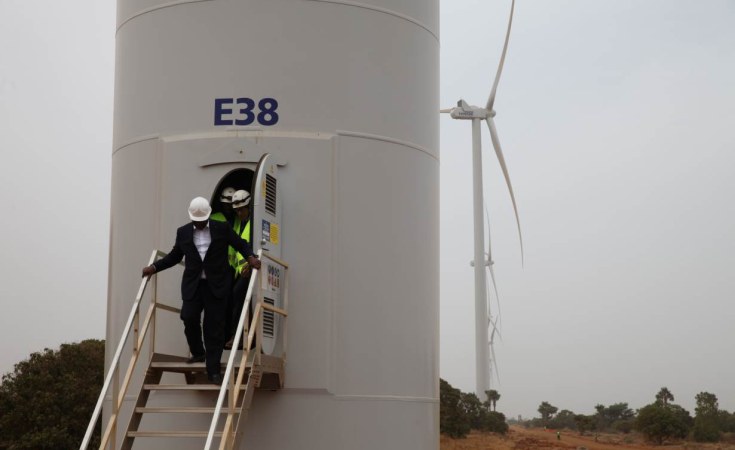 Senegal's first solar plant came online three years ago, and the country has since built several more. Other countries in the region are following suit with solar but are much further behind in terms of wind, Macri said.

In Taiba N'Diaye, 46 giant wind turbines rise over scrubland about 90 km (56 miles) from the seaside capital. One-third are operating, and the rest are due to come online by June.

Outside the cities, much of Senegal is still not electrified. Electricity reached only about 60% of the 16 million population in 2017, according to the World Bank.

The wind farm will provide enough electricity for 2 million people and prevent the emission of 300,000 tonnes of carbon dioxide annually, according to Senelec.

(Reporting by Nellie Peyton; Editing by Ellen Wulfhorst. The Thomson Reuters Foundation is the charitable arm of Thomson Reuters, and covers the lives of people around the world who struggle to live freely or fairly. Visit http://news.trust.org)

Previous Story
Next Story
Angola and Senegal to Champion Sdg7 Initiative for Africa for 10,000 Mw of Clean Energy Capacity By 2025

Angola and Senegal to Champion Sdg7 Initiative for Africa for 10,000 Mw of Clean Energy Capacity By 2025 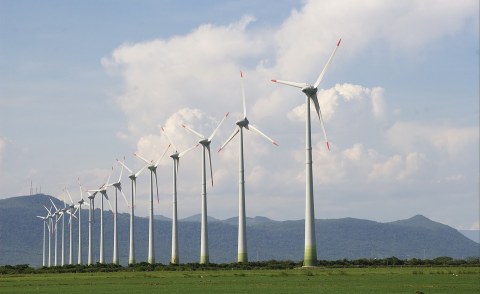 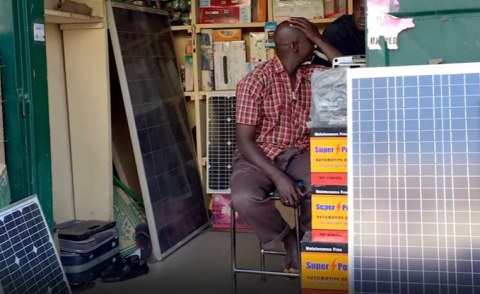 Renewable Energy Investment in Africa Hits U.S.$3 Billion
Tagged:
Copyright © 2020 Thomson Reuters Foundation. All rights reserved. Distributed by AllAfrica Global Media (allAfrica.com). To contact the copyright holder directly for corrections — or for permission to republish or make other authorized use of this material, click here.