Nigeria: Environment Minister, Others Condemn Torture of Manatee in Delta 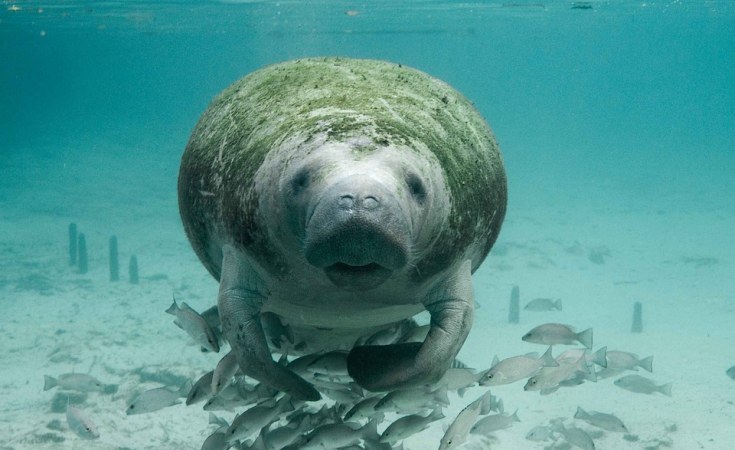 The Minister of State for Environment in Nigeria, Sharon Ikeazor, has condemned the torture of a manatee by some young men in Delta State, South-south Nigeria.

African manatees are protected species in Nigeria, it is illegal to hunt or kill them.

A Twitter video showing the live manatee tied with a rope and dragged on the road has alarmed biodiversity conservationists and animal lovers around the world.

The minister, Ms Ikeazor, in a message posted on Twitter, Sunday, described the video as "very distressing & distasteful".

The minister said the people in the video who subjected the manatee to such a "cruel fate" were "some ill-informed/uninformed youth".

"I strongly condemn this act," she added.

Ms Ikeazor said her ministry was making contact with the commissioner of environment in Delta State to investigate and if possible rescue the manatee and return it to its natural habitat.

Manatee expert, Lucy Keith-Diagne, said it was illegal to torture the animal. "This is torture and illegal. Will anyone do something? Education and arrests are desperately needed," she said.

Mrs Keith-Diagne, an American researcher and biodiversity conservationist, is based in Senegal. She has been leading the campaign for the conservation of African manatee in Nigeria and other African countries for decades now.

African manatee would only be conserved by Africans who care enough to work to save it in their countries, Mrs Keith-Diagne once told PREMIUM TIMES, in 2015.

"It was very distressing and difficult to watch," one Twitter commenter, Sophie Roberts (@SophieHenRob), said of the torture video. "I hope this never happens again."

Blue Planet Society, a "pressure group campaigning to end the overexploitation of the world's ocean", said what happened to the manatee was "horrific abuse".

"We condemn in its entirety the inhuman act of the unidentified youth whose actions have become an embarrassment to the state," the Commissioner for Information in the state, Aniagwu Charles, said in the statement over the weekend.

"The state government seriously frowns at the actions of these youth which negates the Bonn Convention on Conservation of Migratory Species of Wild Animals," Mr Charles said.

"The government hereby warns that anyone caught hunting protective animals within the state will be arrested and prosecuted in line with relevant laws of the land.

"Let me re-emphasise that it is against the law for those in the habit of killing animals that are protected by the law.

"Anybody caught killing such animal will be jailed because we cannot continue to watch people destroy our nature out of ignorance."