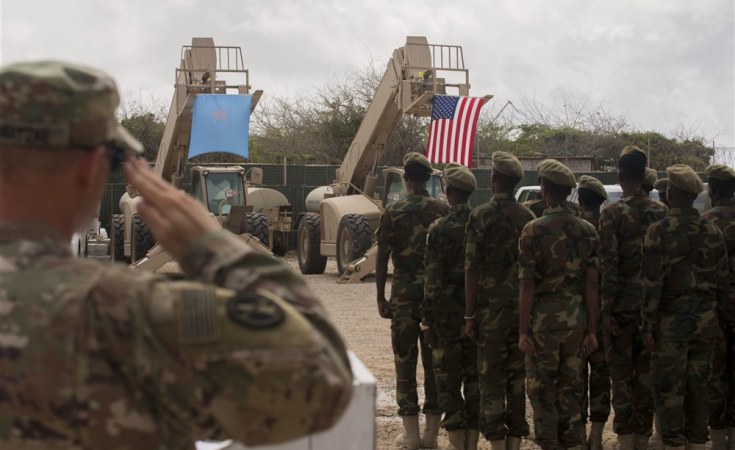 Stuttgart — Post-strike assessments confirm the two terrorists killed in the Feb. 22 precision airstrikes were an individual associated with the attack on Manda Bay and his wife, who was also a known al-Shabaab member.

The two terrorists were identified as a senior al-Shabaab leader, who was in charge of planning and directing terrorist operations on the Kenya border region, including the recent attack on Manda Bay, and his wife, who also was a witting and active member of al-Shabaab responsible for facilitating a wide range of terrorist activities.

"Since January 5, U.S. Africa Command and our partners have pursued those responsible for the attack on U.S. and Kenyan forces at Manda Bay," said U.S. Army Gen. Stephen Townsend, commander, U.S. Africa Command. "This strike demonstrates that we will continue to relentlessly pursue those responsible for Manda Bay and those wishing to do harm to Americans and our African partners."

Immediately following the attack in Kenya, the command took swift measures to increase its force protection postures and harden its operating location, including Manda Bay, while simultaneously pursuing the attackers and their network.

"Al-Shabaab, an al-Qaeda affiliate, is an evil and remorseless enemy of peace, stability, and freedom in East Africa and threatens the very way of life of people there, as well as Americans and U.S. interest in the region and abroad," said Townsend.

Al-Shabaab is the largest and most kinetically active al-Qaeda network in the world. In November 2019, after a series of complex attacks targeting Somali bases hosting U.S. forces, al-Shabaab's leadership publicly identified Americans and U.S. interests worldwide as priority targets. The message mirrored Usama bin Laden's declaration of war on the U.S. in 1996.

Alongside our partners, U.S. Africa Command continues to take action to prevent this malicious terrorist group from planning and conducting external attacks. Due to our collective security and U.S. whole-of-government efforts, the command has observed tangible progress in Somalia over the past decade. While progress is not irreversible, AMISOM and the Somali National Army (SNA) have made gains in al-Shabaab strongholds in southern Somalia, holding territory and establishing outposts. U.S. trained SNA forces, along with combined counterterrorism efforts, continue to support observed momentum and promote greater opportunity.

"U.S. Africa Command will continue to support our African and European partners in the fight against al-Shabaab," said Townsend. "It is important to impact their ability to threaten peace and security in East Africa and prevent their threats against the U.S. from being a reality."

U.S. Africa Command conducted the precision airstrike in coordination with the government of Somalia. The airstrike occurred in the vicinity of Saakow, Somalia, which is located approximately 320 kilometers west of Mogadishu.

Somalia remains key to the security environment in East Africa, and its long-term stability is important to advancing comprehensive U.S. interests in the region.

Read the original article on Africom.

Mastermind of Manda Attack, His Wife Killed in U.S. Airstrike on al-Shabaab 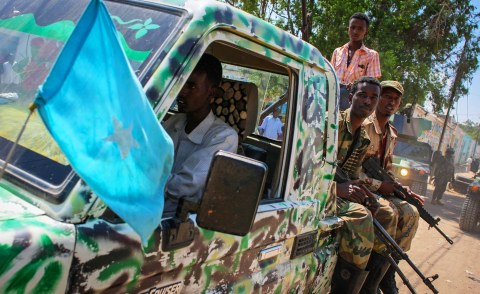 Sufi Muslim Leaders Surrender to Somali Govt
Tagged:
Copyright © 2020 United States Africa Command. All rights reserved. Distributed by AllAfrica Global Media (allAfrica.com). To contact the copyright holder directly for corrections — or for permission to republish or make other authorized use of this material, click here.