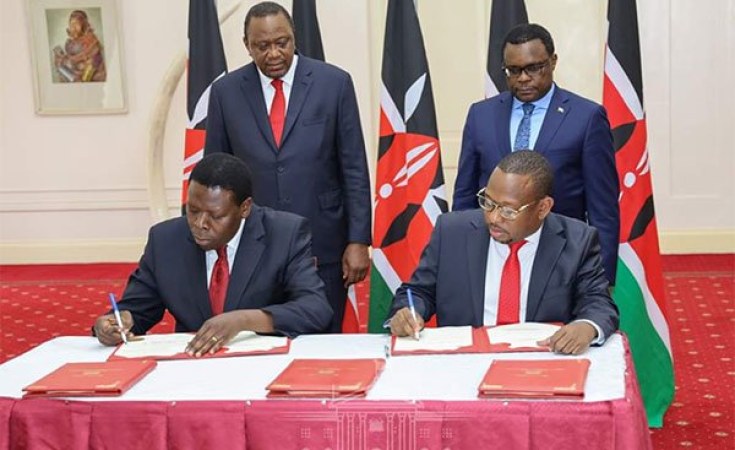 Nairobi — In an unprecedented move, Nairobi Governor Mike Sonko has surrendered key county functions to the National Government, in the wake of corruption charges facing him.

Sonko, who is out on bond, is barred by the court from setting foot in office until his case is heard and determined, even though he has been making changes to his cabinet among other executive orders.

He is also staring an impeachment, after a motion to send him home was tabled in the County Assembly last week.

The signing of the agreement was witnessed by the Speaker of the Senate, Kenneth Lusaka and Attorney General Paul Kihara, she added, "This will ensure Nairobi residents receive services efficiently."