Kenya: How Those Who Birthed SGR Became its Victims 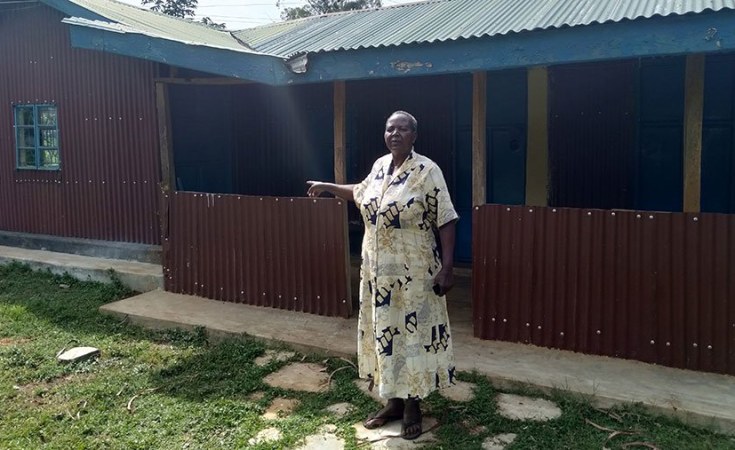 Solomon Ouna, an engineer, was two years into his retirement from the Kenya Railways Corporation (KRC) and had already adjusted to the lackadaisical life in Lundha village in Siaya county when the call came through. It was towards the end of 2006.

An election year was fast approaching and President Mwai Kibaki’s Party of National Unity (PNU), whose campaign platform was infrastructure development, was facing a massive challenge from the opposition.

Sheltam Railways, a consortium led by South African Roy Puffet, had convinced Kenya and Uganda to cede railway operations to them for 25 years. But there was a problem.

Rift Valley Railways (RVR) — as Sheltam called itself after merging with TransCentury, a company owned by influential people close to President Mwai Kibaki — could not raise the required $24 million (Sh2.4 billion) equity in order to close the deal.

As a result, the signing of the concession was pushed from January 2006 to the end of October 2006. It was in the midst of this delay and the realisation that RVR could not turn around railway operations in Uganda and Kenya that both countries agreed in principle to build a standard gauge railway (SGR).

Initial plans envisaged a line from Mombasa in Kenya to Uganda, Rwanda and linking to Tanzania and the DRC. A second line would connect to South Sudan. Then Uganda developed cold feet.

It is under these circumstances that Mr Ouna, now deceased and who was then 57 years old, received a call to return to Nairobi. The Kenyan government had decided to go it alone despite an initial feasibility study warning that SGR would only be economically viable if it traverses the two countries from Mombasa to Kampala in the first phase.

Mr Ouna was to head a team that would research and issue an official proposal to KRC on the new railway. He did so in two years, but another problem materialised.

RVR was threatening to scuttle the whole deal as its concession was just two years in. Additionally, the government had been unable to procure a consultant to undertake a preliminary design of the project.

Unknown to Mr Ouna’s team, even as they were researching about the project, brokers had got wind of it and approached the government with ideas on how to make the SGR a reality quickly.

Mr Jimmi Wanjigi, a tycoon and wheeler-dealer in the shadowy world of government tenders, had already formed a relationship with China Road and Bridge Corporation (CRBC) and decided to take it upon himself to save the deal from collapsing.

So influential was Mr Wanjigi that he is among the people who would, five years later, help forge an alliance between Uhuru Kenyatta and William Ruto to form Jubilee. Mr Wanjigi also played an almost similar role in the last General Election in the creation of the National Super Alliance opposition outfit. But in 2008, when the SGR deal was almost collapsing, President Kibaki had been forced to share power with Mr Raila Odinga, who was prime minister. Mr Wanjigi walked into the PM’s office and, after their meeting, the deal was back on track.

A few weeks later on August 12, 2009, a memorandum of understanding (MoU) was signed between Transport minister Chirau Ali Mwakwere and CRBC for a feasibility study. The initial railway line was 500km long and was to be used by electric locomotives (the current line is 609.3km long and is powered by diesel locomotives). In the MoU, CRBC agreed to carry out the feasibility study for free. But there was a rider, and it later turned out to be a costly mistake.

“CRBC would be the sole agent to design (engineering, procure and contract), construct and supervise all the works of the project,” said the MoU.

This MoU effectively sank Kenya into a hole that subsequent governments have been unable to get out of. It was the first mistake in the whole SGR debacle. The road map, however, began a year before, when a company with a similar name to CRBC was registered in Nairobi.

CRBC Kenya, registered by Peter Gatere and Leonard Ndung'u, was the one that gave the Chinese leeway into huge Kenyan government contracts, starting with SGR. To date, it is not known who Mr Gatere and Mr Ndung'u were, as their names don’t feature anywhere in SGR documentation.

Among the concessions they gave were allowing CRBC to supervise itself, exempting from tax all imported equipment and materials, non-binding bills of quantity and barring arbitration in case of disputes relating to the project from being handled in the Kenyan legal system.

Mr Matheka and Ms Njoroge resigned in September 2018 after being demoted from their positions by Managing Director Atanas Maina in February of that year. Mr Gitari was demoted to a legal assistant manager.

Mr Matheka and Ms Njoroge’s resignations came just three weeks after Mr Maina had been arrested and charged in connection with the inflation of land prices along the SGR corridor together with former National Land Commission chairman Muhammad Swazuri, among others.

Mr Swazuri and Mr Maina were, however, not the first high-profile people to be burnt courtesy of their involvement in SGR. The first casualty was Mr Wanjigi himself.

Immediately after ascending to power, the Jubilee administration identified SGR, which PNU had been unable to actualise, as a possible legacy project and gave it high priority. First, Mr Wanjigi’s team was sidelined, leading to a bitter falling-out between him and Jubilee.

Then Mr Nduva Muli, who signed the deals between KRC and CRBC in 2012, was named Transport principal secretary. Mr Michael Kamau was brought in to head the ministry. With SGR in the hands of these two, President Kenyatta believed they will deliver the project. Meanwhile, Ms Kitany, who was also part of the SGR negotiating team, landed a position in the Deputy President’s office as chief of staff.

In a cruel twist of fate, the three — Ms Kitany, Mr Muli and Mr Kamau — lost their positions barely two years into the Jubilee administration. This is after they appeared on President Kenyatta’s list of corrupt government officials presented to Parliament in 2015.

Mr Ouna, the person who conceptualised SGR, died a poor man, leaving behind a semi-permanent house sitting in the middle of his late father’s compound in Nyagera village.

The unkempt compound is where he was buried, next to his father.

His neighbour Mzee Oduor claims that Ouna routinely ferried tonnes of building material to the village, only for them to be carried off in trucks to unknown destinations.

“We did not understand why he would do that, because he was deeply secretive and a very private person,” he said.