Uganda, Tanzania Lead Region in Use of Antiretroviral Therapy 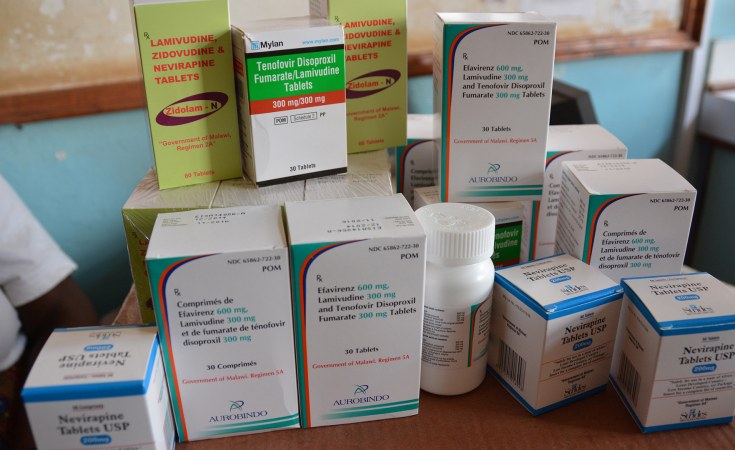 Uganda leads the region with the largest percentage of people living with HIV receiving antiretroviral therapy (ART), according to the US President's Emergency Plan for Aids Relief (Pepfar).

Data from the audit of the Department of State's Co-ordination and Oversight of Pepfar, which reviewed Uganda, Kenya, Tanzania and Malawi, showed that between October 2018 and June last year, 93 per cent of all people living with HIV in Uganda were on ART as were those in Malawi, while Tanzania was at 86 per cent with Kenya at 82 per cent.

According to the review, Uganda surpassed its second goal of 90:90:90, an ambitious global HIV programme proposed by UNAids and adopted by high prevalence member countries.

Under the programme, by 2020, 90 per cent of people living with HIV should know their status, 90 per cent of all people diagnosed with HIV infection should receive antiretroviral (ARV) medication and 90 per cent on ARV should have suppressed their viral load.

For those to be retained on ART at 12 months Pepfar gave Kenya a target of 56,785, however, Kenya achieved only 77 per cent, Uganda achieved 76 per cent, Tanzania achieved 74 per cent while Malawi achieved 73 per cent.

HIV experts told The EastAfrican that the Kenyan figures could have been affected by a court ruling that barred nurses from carrying out HIV tests in hospitals in the wake of a case in which a medic was charged with wrongfully diagnosing a patient.

Testing services are integral in controlling the spread and knowing the number of people to be placed on ART.

"In most of the antenatal clinics, mothers and children are normally tested by nurses but after the court ruling they have to be referred to various laboratories for the test," Dr Evan Imbuki, a HIV expert at National Aids and STI Control Programme.

Dr Patrick Oyaro, the director of Family Aids Care Education Services, said the ruling could "hurt" the gains made in the management of HIV in Kenya, and that given the shortage of healthcare workers, nurses, clinical officers and laboratory technologists have taken up roles such as testing and counselling of patients so that the doctors can be left to handle patients.

Another factor, according to Dr Imbuki, was the drop in funding by Pepfar, rendering most of the people who used to work in HIV testing and counselling clinics jobless.

"Most of the clinics were closed," he said.

However, Uganda and Tanzania are edging closer to achieving Aids treatment for all.

Uganda is locally producing generic ARVs, which has seen the cost of these life-saving remedies drop from between $15 and $9 to between $9 and $2 per patient per month, Ugandan officials say.

The Tanzania HIV Impact Survey 2016-2017 showed that only 60.9 per cent of those living with HIV/Aids know their status, significantly below the UNAids' 90 per cent target.

At least 93.6 per cent of those who know their status are on ARV drugs whereby 87 per cent of them have the viral load suppressed. "Awareness of HIV-positive status was lower among young people aged 15-24 years, being 50.2 per cent," reads the report.

Another study conducted by Health Metrics and Evaluation conducted at the University of Washington in 2018 revealed that the proportion of people living with HIV/Aids has declined over the years but that Kenya has the highest prevalence in East Africa.

The data reveals tremendous differences in the epidemic's severity across counties and constituencies.

The latest study shows that the HIV incidence has declined to 5.6 per cent, compared with 8.9 per cent in 2000 following increased usage of ART. Even then, more than one-third of those infected are still not under the ART.

The study indicated Kenya's 5.6 per cent HIV prevalence is the highest in East Africa. Uganda is second in the region at 5.5 per cent of the population, Tanzania 3.9 per cent and South Sudan at 1.3 per cent. In the larger eastern Africa, Somalia has the lowest prevalence at 0.3 per cent followed by Ethiopia at 0.9 per cent.