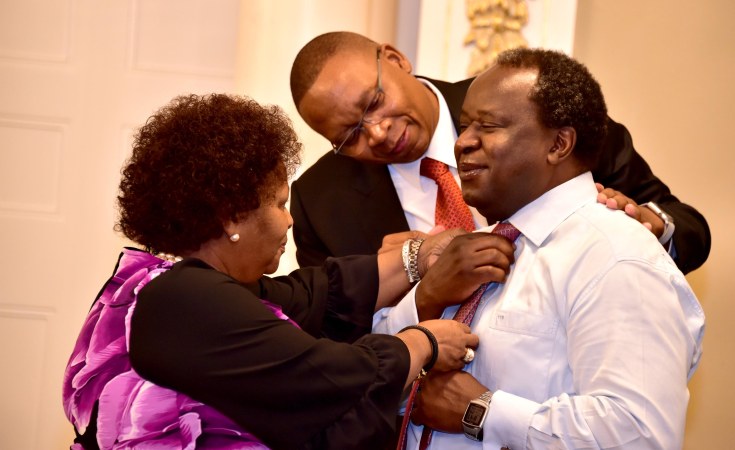 Government has set aside R16.4 billion to repay guaranteed debt for the struggling airline SAA, the National Treasury said on Wednesday.

This comes after the SAA Board placed the airline under voluntary business rescue in December last year after the struggling state-owned entity was unable to meet financial obligations.

"Since 2008/09, SAA has incurred net losses of over R32 billion. Government has set aside R16.4 billion for SAA [over the next three years] to repay the airline's guaranteed debt and to cover debt-service costs.

"The costs of this adjustment are still being finalised, and will be financed from existing provisional allocations for state-owned companies," the National Treasury said.

Government to assess its appetite for continued ownership of SA Express

The National Treasury said SA Express, illiquid and insolvent, is unable to settle either short or long-term obligations as they become due.

Cumulative losses amount to R1.2 billion over the past 10 years.

"The airline was recently placed under involuntary business rescue, which it intends to appeal.

"Government will need to assess its appetite for continued ownership of the carrier, given that it has a limited role in the local aviation market."

The National Treasury said, meanwhile, that over the past 12 years, government has allocated R162 billion to financially distressed state-owned companies, of which Eskom accounts for 82%.

In its budget review, the National Treasury said the fiscal support for Eskom, as outlined in the 2019 Medium Term Budget Policy Statement (MTBPS), remains unchanged.

"Over the next three years, government will transfer R112 billion to Eskom to enable the utility to meet its short-term financial obligations.

"The roadmap on Eskom, published by the Minister of Public Enterprises, outlines the reform process.

"Eskom has begun the process of separating its three operating activities - generation, transmission and distribution - each of which will soon have its own board and management structure."

The National Treasury said these are the first steps in the necessary restructuring of South Africa's electricity sector for the 21st century.