Africa: We're Coming Up With a New Set of Targets to Protect the Natural World. Here's How 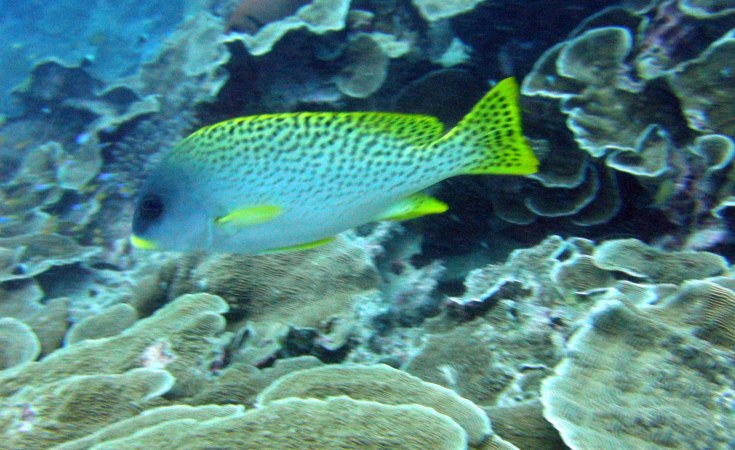 Science and scientists are converging around the knowledge that our planet, with us in the driver's seat, is moving into the Anthropocene. This is a new geological epoch in which humanity's actions are changing the face of the earth and how planetary systems - such as global nitrogen and phosphorus cycles - work.

Key to mitigating our influence on the natural planet are goals and targets. The Sustainable Development Goals are overarching global societal goals established by the United Nations. They knit together other conventions, including those designed to protect biological diversity and mitigate climate change.

This year, the Convention on Biological Diversity is set to identify a new "Global Biodiversity Framework" of targets for the coming decade to 2030. These targets will replace the Aichi targets set for 2011-2020, and will also lead towards the longer 2050 goal: living in harmony with nature.

The Convention on Biological Diversity, established by the UN at the Rio Conference of 1992, is among the key institutions established to protect species, ecosystems, their sustainable use and equitable sharing of their benefits. Of 198 countries on the planet, 196 are parties to the convention. They enforce its goals and targets through national legislation.

A key factor for success will be how well the new global goals and targets will address the real threats to nature and their drivers.

A second key factor is how well the goals and targets can be down-scaled to individual actions. Science-based targets help to translate global goals into actionable targets. Their purpose is to provide the link between high level goals and the targets that individual actors - cities, companies and even families - can adopt to do their part.

I am involved in this process by providing my expertise on coral reefs in east Africa and globally. Coral reefs are highly vulnerable to the changes foreseen in the Anthropocene.

When developing these global targets, it's imperative that the science is correct. It must link people's actions to an environmental outcome. The science must also be understandable and communicable in a language that everyone can understand, and framed in socially relevant processes.

For example on climate change, we now have a global goal, under the Paris Agreement, of keeping warming to 2°C, preferably 1.5°C.

As simple as this sounds, it is based on over 30 years of scientific discussion, and is an understandable expression of a more scientific target - which would be 370 parts per million carbon dioxide concentration as the limit for a safe climate.

People understand the temperature goal much better. A politician can state it in a rally or you can talk about it with your child or grandparent. But to stimulate action, the relevant science-based targets are expressed in reduced carbon dioxide emissions, derived so each entity (such as a company) does its part to contribute to the global goal.

The Aichi targets varied greatly in specificity and nature. Many only touched on whether legislation or plans had been developed. For instance Target 17 called on countries to develop biodiversity strategies and start to implement them, but without measurement of their implementation.

The new framework is being established through an open consultative process which started in August 2019, and holding its second workshop this week in Rome. It's due to deliver its output before the next Conference of Parties of the Convention in October 2020. Any stakeholder is invited to make contributions to the process, bringing together a diverse array of country representatives, organisations and practitioners focused on both nature conservation and social issues.

The first draft of the new framework was released in early January, setting out five global goals, which cover the three main components of biological diversity - ecosystems, species and genes - and use of biodiversity. The draft goals focus on:

The "No net loss" ecosystem goal illustrates some of the challenges in creating these global goals.

The core of "no net loss" is a sense that the planetary system cannot afford to lose more natural functions. Already major elements of humans' interaction with nature may be pushed to a limit. For instance, already 95% of mammalian and 70% of avian biomass is food for a single species - us.

We have also totally transformed 20% of the earth's surface into farms and cities and another 55% is considered significantly altered.

No net loss requires that any further losses are counterbalanced by equal gains elsewhere. Key to this, and to developing the goal as a whole, are the basics of knowing:

In a nutshell, the communication value of "no net loss" -- just three words - is immense, and for this it has great potential. But the devil is in the details, and a key question will be whether all parties and stakeholders involved can rally around such a global goal.

If so, we can lay out and agree on these details in a way that science-based targets can be specified that deliver effective, accountable and equitable action by all concerned.