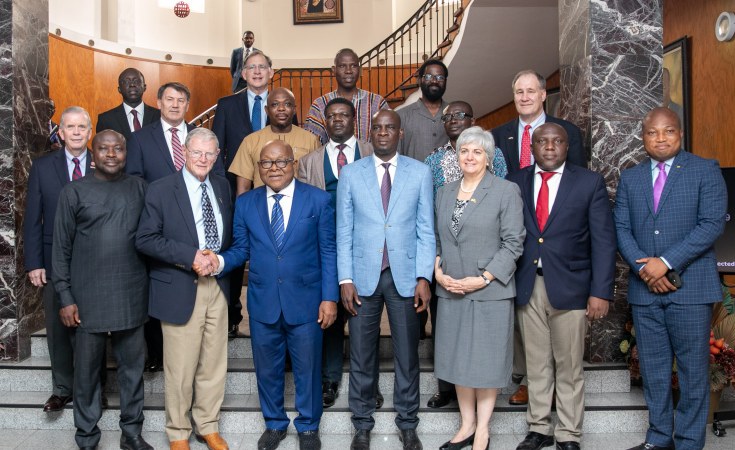 "The takeaway from our meetings over the past few days was clear: any reduction in U.S. military presence in West Africa would have real and lasting negative consequences for our African partners. At each meeting, they reiterated how helpful the U.S. presence has been to building their own capacities to defeat the growing radical Islamic terrorist threat in West Africa. If the terrorists win in Africa, the United States loses—and we can't let that happen. I was especially encouraged that our African friends are not asking us to do this work for them. They each emphasized their ownership over the fight, and I am eager to share the specific examples of how our partnership has helped them with Secretary Esper when I return," Inhofe said.

"Our small military presence across Africa is meaningful, and provides significant return on investment. Our partners are grateful for our leadership. Downgrading our investment now would only increase our risk and make future competition or potential conflict more costly down the road," Inhofe continued.

"In each country, I also discussed the future of Western Sahara," Inhofe said. "The African Union has been clear: Western Sahara should have a referendum on self-determination. It's clear from my meetings throughout the years that a vast majority of our partners in Africa support self-determination for the Sahrawi people. Over the years, Morocco has spent countless dollars and hours in their lobbying effort to legitimize their illegal claim to Western Sahar a — it's time for the Trump administration to set aside that outdated mindset and support a democratic referendum."

Tagged:
Copyright © 2020 United States Senate. All rights reserved. Distributed by AllAfrica Global Media (allAfrica.com). To contact the copyright holder directly for corrections — or for permission to republish or make other authorized use of this material, click here.