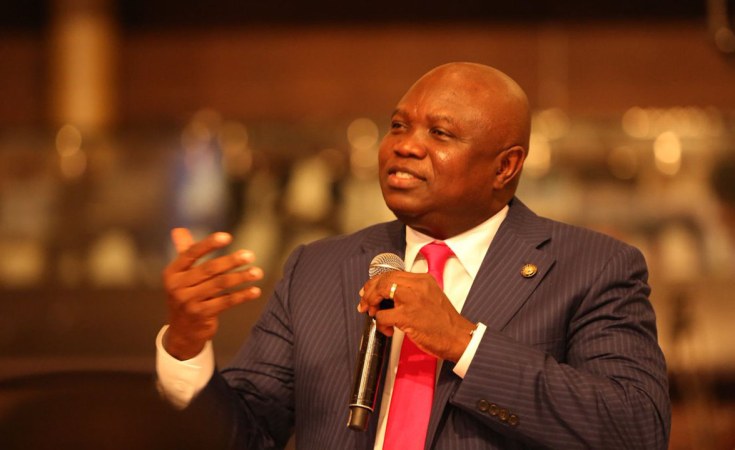 Lagos — Justice Yetunde Adesanya of an Ikeja, Lagos, High Court yesterday ordered the Lagos State House of Assembly to go ahead with the probe of a former governor of Lagos State, Mr Akinwunmi Ambode, over the procurement of 820 buses for public transportation, allegedly without due process.

Justice Adesanya struck out the suit, stressing that it lacked competence and would not stop the Assembly from carrying out its constitutional function.

Ambode had dragged the state Assembly before the court over its decision to probe his purchase of 820 buses during his administration.

The former governor had sought a declaration that it was not lawful for the defendants to represent or continue to represent to the public that he procured 820 buses "in breach of budgetary approval."

that directed parties to the suit to maintain the status quo following a suit filed by the former governor.

Defendants in the suit were the Lagos Speaker, Mudashiru Obasa; House Clerk, Mr A. A. Sanni; Chairman of the ad hoc Committee set up by the House to probe the procurement, Fatai Mojeed; and members of the Committee, who included Gbolahan Yishawu, A. A. Yusuff, Yinka Ogundimu, Mojisola Lasbat Meranda, M. L. Makinde, Kehinde Joseph, T. A. Adewale and O. S. Afinni.

Ambode had challenged the competence of the Lagos House of Assembly to probe him after arguments by his counsel, Mr Tayo Oyetibo (SAN) and counsel to the lawmakers, Mr Olukayode Enitan (SAN).

In his statement of claim before the court, the former governor had claimed, "Contrary to deliberate misrepresentation of facts by the lawmakers, the procurement of the 820 buses was well captured in the 2018 Appropriation Law, which was duly approved by the House.

"Part of the items authorized by the Bill under Capital Expenditure was 'LAGBUS Public Transport Infrastructure (MEPB); part financing of 820 buses', which was item 8 under schedule 1, Part C of the Bill."

Get Us Out of Here - U.S. to Evacuate Citizens Out of Africa
NGO