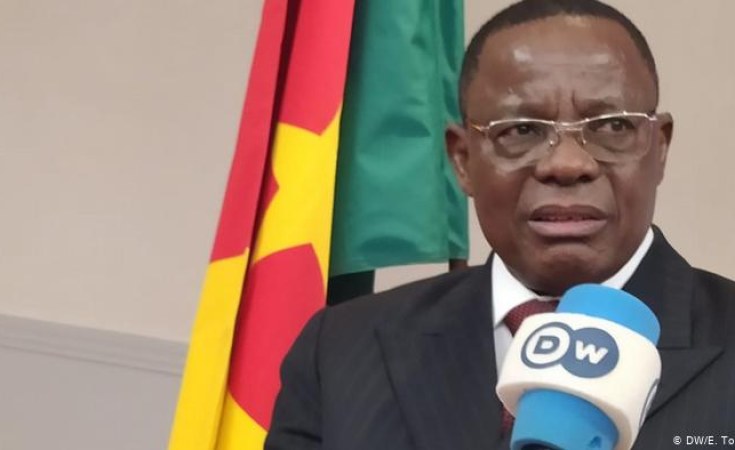 A Cameroonian opposition leader who was jailed for nine months for organising and participating in unauthorised protests has said he will organise more marches if need arises.

Prof Maurice Kamto, chairman of the opposition Cameroon Renaissance Movement (MRC), was welcomed by a huge crowd of supporters in the country's economic hub Douala on Wednesday following his return from a one-month European and American tour.

"Be ready, remain mobilised. If need be, I will call you again for other street protests... We will not allow anyone lead our country into chaos.

"Let those who have already put in their all, and who have nothing again to offer allow other Cameroonians to take the relay baton," Prof Kamto said in what was seen as a message to the decades-old Yaoundé regime.

The fearless opposition leader claims he won the October 2018 presidential election but says his victory was stolen by incumbent President Paul Biya.

Prof Kamto was arrested in January 2018 for protesting against the presidential election results. He was released from jail in October 2019 following a presidential amnesty.

Prof Kamto returns to the country at a time rights organisations have demanded investigations over the February 14 killing in English-speaking regions. More than 32 people, most of them children and women, were killed in a village in the Northwest--one of two Anglophone regions.

The opposition and rights activists described the killings as a massacre and blamed government troops, but the soldiers denied wrongdoing.

Prof Kamto criticised the Biya regime for not calling for a national mourning for the victims.

"I urge you to observe a minute of silence in your homes with your family for our beloved children, brothers, sisters and mothers. For those who pray, pray for their souls; and for those who do not pray, meditate on that particular incident," the opposition told the crowd.