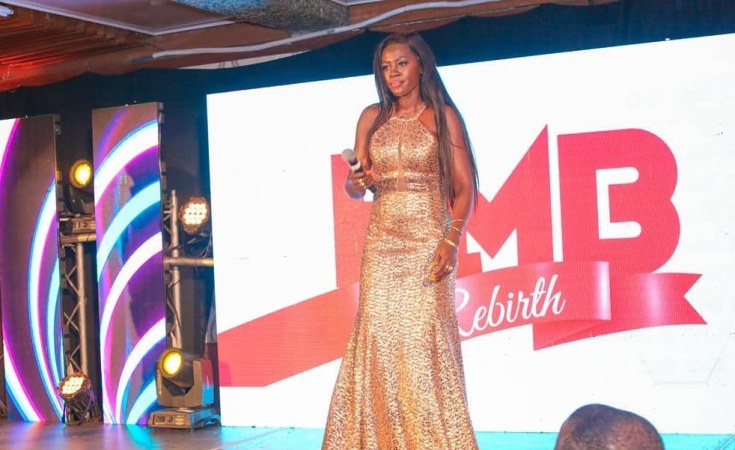 Singer Akothee has contributed Sh100,000 towards a new campaign to raise money to build a house for fellow singer Lady Maureen who has been left homeless after a long stay in hospital.

"The little God has given you, will change a life, I will donate 100,000 from my side towards the same, please whatever little you have, will be appreciated," Akothee shared on Instagram.

Lady Maureen, who was admitted to Jaramogi Oginga Odinga Teaching and Referral Hospital (JOOTRH) early this year after being transferred from a hospital in Migori, was discharged on February 20, 2020.

Lady Maureen has been suffering from low blood pressure.

Lady Maureen has been housed by her uncle after her mother refused to take her in because of unresolved family issues.

"I had communication with MOURINEs Family, and she is at her uncles' place, who has accepted to give her a piece of land to build a home for her. My mother will be going to Pap Onditi in Nyakach on our behalf to tell us what's on the ground," Akothee posted on social media.

Akothee, who runs Akothee Foundation, said she would have given her land but Lady Maureen would be all alone with no one to take care of her.

"I could give land to her too, but I am not her relative, and no one will be there to take care of her, so she is safe amidst her relatives," Akothee added.

According to Akothee, donations can be in terms of money or building materials.

Let's pull this as #teamakothee Team AKOTHEE FOUNDATION , The little God has given you ,will change a life , I will donate 100,000 from my side towards the same , please whatever little you have, will be appreciated 🙏🏾🙏🏾🙏🏾🙏🏾, I talked with Lady MAUREEN's mom today, and let's Just pray for the FAMILY AND SUPPORT 🙏🏾🙏🏾EACH ONE OF THEM HAVE THEIR OWN SIDE OF STORY, Today its Them , Tommorow its Me or ... ... , And also if you wish to donate materials for the initiative, we shall appreciate. GOD BLESS YOU ( Please if you are not in support of this, don't comment rubbish, I will delete and block you )

She also threatened to block anyone who talks ill of the initiative to support Lady Maureen.

Nancy Achieng', who has been taking care of the musician in hospital, claimed that the musician's mother is reluctant to take her in following an earlier family misunderstanding.

"The mother has barred me from taking the singer to her place due to an unresolved family issue," she told the Nairobi News on Tuesday.

Achieng' offered to take care of Lady Maureen after reading Akothee's Facebook post asking for someone to help the songstress. She, however, stated that the singer is now in stable condition but she still needs help walking around.

Lady Maureen's health started deteriorating about two years ago. She was admitted to St Francis Community Hospital in Kasarani, Nairobi, where she was diagnosed with hypotension (abnormally low blood pressure).

She was also admitted to Pastor Machage Memorial Hospital in Migori before being transferred to Jaramogi.