Nairobi — Cases of teenage pregnancy in the country have remained unchanged with as many as 10,000 girls dropping out of school every year.

The latest Kenya Demographic and Health Survey (KDHS) 2014 paints a gloomy picture of teenage pregnancy and motherhood situation in Kenya.

It shows that one in every 5 teenage girls between the ages of 15-19 years have either had a live birth or are pregnant with their first child.

The situation varies by county with some counties being disproportionately affected than others.

Among the counties with the highest burden of teenage pregnancy and motherhood include Narok at 40pc, Homabay 33pc, West Pokot 29pc, and Tana river at 28pc.

Uasin Gishu Senator Margaret Kamar says 50% of girls die while giving birth as a result of crude ways like abortion.

"13,000 girls drop out of school per year as a result of teenage pregnancy. Children born by mothers aged 20 years and below face low birth weight, cerebral palsy and other complications," she said.

She said the senate is keen on formulating legislations that seek to address teenage pregnancy cases in the country, with focus on coming up with a Reproductive Health Bill which provides a framework for the protection and advancement of reproductive health rights for every person, create an enabling environment for the reduction in maternal morbidity, child morbidity and child mortality and ensure access to quality and comprehensive health care services to every person.

Parental Care Bill, an act of Parliament to provide a framework for the care and protection of child parents within the Counties; to provide a framework through which an expectant girl child or a child-parent may actualize their right to basic education and at the same time ensure the care of their children; and for connected purposes.

Nominated Senator Getrude Musuruve called for inclusivity, "There is need to consider teenage mothers with children with disabilities. They need workable interventions to continue with school."

Narok Senator Ledama Ole Kina was dismayed with his county leading in teenage pregnancy emphasizing the need to monitor the cases for mitigation purposes.

"Teenage pregnancies remain a challenge in pastoralist communities partly due to cultural practices such as early marriages, polygamy, low literacy levels, especially among women and low access to contraceptives," he said.

According to a survey by the Kenya National Bureau of Statistics, pastoral communities are the most polygamous in Kenya.

Unintended Pregnancies on the Rise as Family Planning Declines - Study 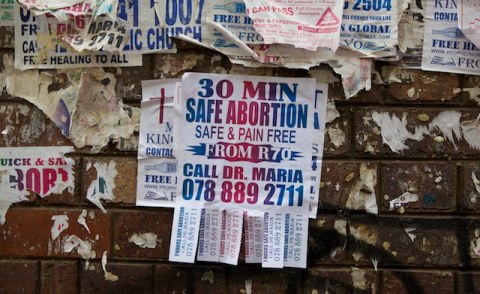 A Knock for Kenya's Family Planning as Focus Shifts to Covid-19
Tagged:
Copyright © 2020 Capital FM. All rights reserved. Distributed by AllAfrica Global Media (allAfrica.com). To contact the copyright holder directly for corrections — or for permission to republish or make other authorized use of this material, click here.