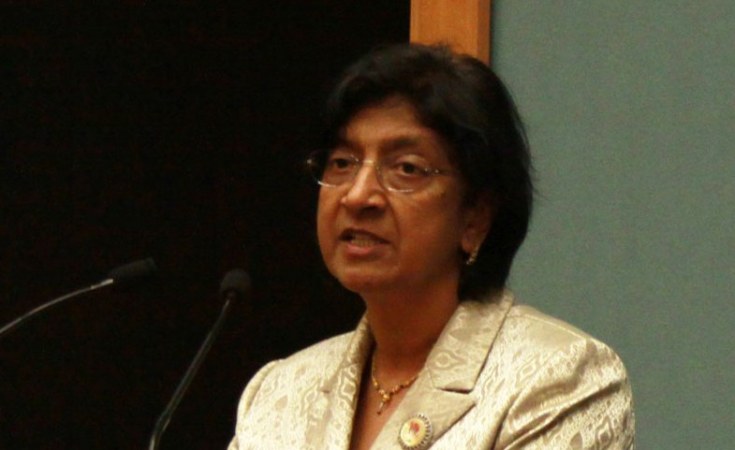 She was addressing members of the legal fraternity at the 2019 Zimbabwe Law society's annual Water Kamba lecture and awards ceremony in Harare last Friday.

The late Kamba was a renowned human rights lawyer and the first black Vice Chancellor at the University of Zimbabwe.

Said Pillay, "I also noted that sanctions imposed by the western government on named individuals in Zimbabwe, were having harmful impact on the people of Zimbabwe.

Commenting on the rights to land and adequate housing, South Africa's first female judge said everyone should possess security of tenure, which guarantees legal protection against forced eviction, harassment and other threats.

"It is unfortunate that in many places including Zimbabwe, the responses to what is essentially a poverty issue has been forced evictions of those living in informal settlements, rather than a more human rights sensitive approach," she said.

"Numerous studies show that forced evictions do not resolve the issue of informal settlement, people need to have access to jobs and will therefore have no choice but to return and set up new shelters, perpetuating the cycle of evictions."

"This is why an enabling and free environment for their activities is so essential for a country," she said.

"Protecting and promoting the work of NGOs, human rights defenders, lawyers, journalist, artists and communities themselves fighting for their civil, political, economic, social and cultural rights is a prerequisite for the development and prosperity of any society."

Zimbabwe to Privatise Firms but Question Is, When?
Tagged:
Copyright © 2020 New Zimbabwe. All rights reserved. Distributed by AllAfrica Global Media (allAfrica.com). To contact the copyright holder directly for corrections — or for permission to republish or make other authorized use of this material, click here.