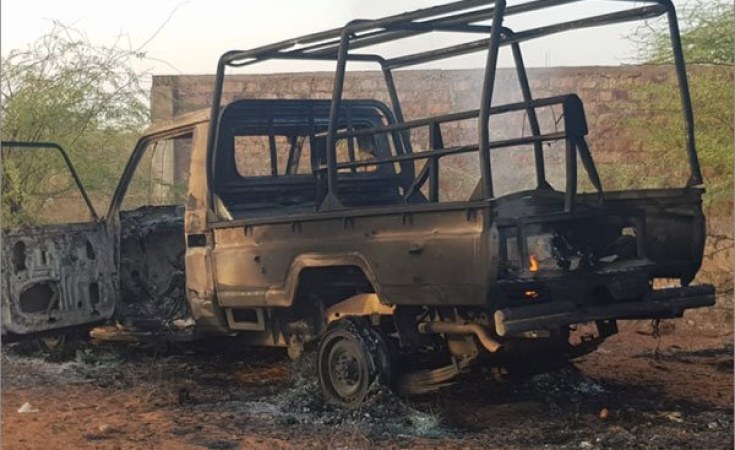 Manase Otsialo/Daily Nation
The shell of a vehicle burnt during a clash between two Somalia forces on March 2.
Nairobi News (Nairobi)
By Manase Otsialo

No attacks have taken place in Mandera town following clashes in neighbouring Somalia on Monday, the National Police Service has said.

FGS troops have been camping at Bula Hawa, a town neighbouring Mandera, for the past month, planning a raid to capture a fugitive Jubbaland minister, who has been hiding in the county.

Mr Abdirashid Hassan Abdinur, alias Abdirashid Janan, escaped on January 28 from a Mogadishu prison, where he had been held since August 31, 2019.

He arrived in Mandera town on January 30 and was booked into a local hotel.

The police service assured Kenyans of safety, saying security teams were on high alert and would work to prevent militants in Gedo, where Bula Hawa is located, from crossing into Kenya.

He warned the public against sharing unverified information, noting that this causes panic.

He also asked the public to report suspicious activities to police using toll-free lines 112, 911 and 999.

However, a doctor at Mandera County Referral Hospital reported that 10 people caught in the crossfire had been admitted there.

"The other four are men in uniform. I cannot tell whether they are military or police officers and where they are from," he said.

Some of the patients said they were hit by stray bullets a distance from the battlefield.

"I was at Mandera Police Station when I was hit, only to realise that it was by a stray bullet," said a police officer admitted at the facility.

Mr Hassan Alinur, another patient, said he was shot in the abdomen.

"I had gone back home to check on my family after the battle started. I was hit in my home by a stray bullet," he said.

Dr Hassan said all the patients were out of danger.

"We are hoping that the situation will improve since there is much fear due to stray bullets that also hit staff here," he said.

Among the victims were a six-year-old child shot in the abdomen and a guard with a gunshot wound in the leg.

A uniformed officer said to be from the Jubbaland team died from gunshot injuries while being treated at the hospital.

After the day of battle, Jubbaland forces were seen heading into a local KDF camp.

"Jubbaland forces have withdrawn and are being hosted at the KDF camp. Those with injuries are being treated here too," said a source within the camp.

It was reported that the FGS forces made a significant move into Kenya, forcing the KDF to advise the Jubbaland forces to pull back.

"We cannot tell the exact number of casualties but a number of civilians and officers have perished," a source said.

Gunfire Near Mandera as Forces Clash Over Fugitive Minister 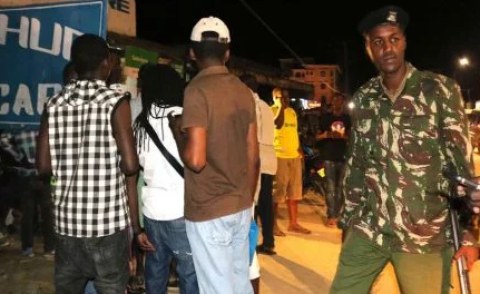 Kenya, Somalia Agree to Resolve Simmering Tensions
Tagged:
Copyright © 2020 Nairobi News. All rights reserved. Distributed by AllAfrica Global Media (allAfrica.com). To contact the copyright holder directly for corrections — or for permission to republish or make other authorized use of this material, click here.

Are We Africans Our Own Worst Enemy?
Climate