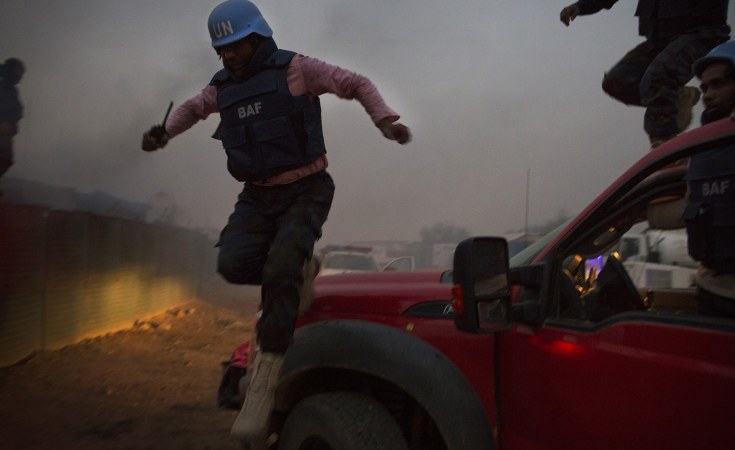 Attacks carried out by Islamist militants against military personnel in central Mali could hamper government efforts to start a dialogue process with jihadist groups in the country, experts say.

On Sunday, at least six Malian soldiers were killed and a dozen wounded when jihadist militants attacked their checkpoint in the town of Mondoro in central Mali, local officials said.

“They came into the city … to attack the army base,” said Moulage Angoiba, the mayor of Mondoro.

Mondoro is the largest town in the Mopti region of central Mali. The area has often come under attacks by different Islamist insurgents that have increasingly been active in the region.

“The government knew about the presence [militants] in that area, because we had warned them,” Angoiba told VOA, adding that the civilian population has been “suffering because of several attacks” in recent weeks.

Military officials said Malian armed forces responded to the attack by targeting “two convoys of vehicles and motorcycles belonging to the terrorists.”

Mali has been struggling to contain a jihadist rebellion that erupted in the country in 2012. Since then, thousands of civilians and military personnel have died in the conflict.

The weekend attack comes as the government of Malian President Ibrahim Boubacar Keita is seeking to begin a dialogue process, which involves the main jihadist groups in the West African country.

Keita recently announced that his government was ready to hold talks with al-Qaida-linked militants who have been operating in northern and central Mali since 2012. He said government representatives have already been in contact with militant leaders.

But some experts charge that there is no groundwork of effective dialogue between the Malian government and Islamist insurgents, arguing that recent jihadist attacks would only dispel any prospect of trust-building between the two sides.

“Terrorist groups see violence as the only means to achieve the objectives,” said Jasmine Opperman, an Africa associate at the Islamic Theology of Counter Terrorism, a U.K.-based think tank.

She told VOA that jihadist groups would not fully trust the government “as their enemy number one, all the foreigners on the soil fighting the terrorists and being the primary target of attacks.”

“We are seeing a persistent militarization of the conflict area with foreign troops being deployed as recently as the UK coming in,” Opperman added.

France has about 4,500 troops stationed in the Sahel region, who are primarily focused on fighting the insurgency in Mali.

The United Kingdom also this week announced that 250 British troops will be deployed to Mali later this year to help fight extremism in the Sahel region.

The Jama’at Nasr al-Islam wal Muslimin (JNIM), an alliance between several jihadist groups, is the main group that is active in parts of Mali. JNIM has pledged allegiance to al-Qaida.

As part of the dialogue initiative, the Malian government hopes to engage with two influential leaders of the JNIM.

The Islamic State in the Greater Sahara, an IS affiliate, is also active in Mali and other countries in the Sahel region such as Burkina Faso and Niger. But the government has no plans to negotiate with this group.

“We have a number of militias that are active in the center of the country, like the Dan Na Ambassagou, but also others that are trying to revenge often what has been done to their population,” said Ute Kollies, head of the U.N. Office for the Coordination of Humanitarian Affairs in Mali.

She told VOA that “the underlying causes need to be addressed ...  and if you look at that it's often revenge killing, so it is the issue of impunity, the return of justice is extremely important.”

Kollies added that is equally important “to resolve issues around how to access land and water, because different populations are living under different conditions.”

U.N. experts say the situation has deteriorated in the central region due to transnational criminal organizations, terrorist groups and armed militias, some of which are increasingly asserting their control on the region.

“In central Mali, I observed an accumulation of security, judicial and administrative failures that facilitates mass violence with impunity,” Alioune Tine, the U.N. Independent Expert on the human rights situation in Mali, said following a recent visit to the country.

He added that the Malian military and U.N. peacekeeping forces “have failed to provide adequate security for the civilians of the region.”

The U.N. Mission in Mali (MINUSMA) has about 14,000 peacekeeping troops in Mali.

On Monday, protests broke out in parts of central Mali after a recent government decision to remove all checkpoints manned by local militias.

Protesters said that checkpoints have been instrumental in protecting villagers from jihadist attacks.

“If those who are responsible for our security and defense are absent, then we are obliged to provide our own security,” Amadou Lougue, a youth leader who participated in a protest, told VOA.

Aboye Djimde, another youth leader, says that since the decision has been implemented there have been “many attacks and many people have lost their lives.”

“We don’t agree with his action. This is not the right time, security-wise. The situation has escalated ever since,” he told VOA.