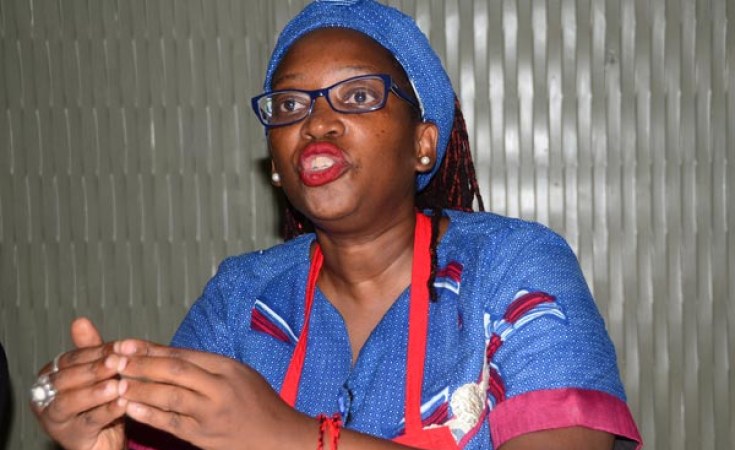 Nyanzi, a former Makerere University Institute of Social Research [Misr] researcher, instead urged supporters of both groups and politicians to find a way of working together.

Speaking to The Observer in an exclusive interview on February 28, a week after her release from a sixteen months' stint in Luzira prison for insulting President Museveni, Nyanzi said she has resisted people who have asked her to choose between the two opposition strongmen.

"Kizza Besigye is a twin and I'm a Nalongo [twin mother]. Kyagulanyi Ssentamu belongs to the buffalo clan and I'm Nyanzi, I also belong to the buffalo clan. He's my brother. Why would you force me in a situation where I have to choose between my son and my younger brother?" Nyanzi said.

"I'm saddened that there are members in the People Power camp who insult every day in very demeaning terms Dr Kizza Besigye. Likewise, I'm equally disappointed in members of the FDC who are bashing Bobi Wine. My political party is FDC and I fall under the People's Government but People Power is a movement that is shaking up the poor neighborhoods. I get a lot of energy from them because they have the gas we need as a country but I also get a lot of sanity from FDC; we need both," Nyanzi said.

Asked who she would support should the two men come as presidential candidates in the 2021 general election, Nyanzi said she would take a neutral stand by not supporting either of the two.

Both Besigye and Bobi Wine have publicly supported Stella Nyanzi's causes and both have visited her during her incarceration in Luzira. She says supporters of each camp believe she's their member and she has no problem publicly embracing each of them.

Since Bobi Wine was elected MP in a by-election in 2017, he has mounted a formidable challenge against President Museveni. However, his rise has not only rattled the ruling NRM, the opposition FDC camp allied to Dr Besigye has also been unsettled. Bobi Wine's rise has somehow taken the shine off Besigye's unfettered supremacy as Museveni's most credible opponent.

More People Show Up Seeking to Take Reins of Power From Museveni
Tagged:
Copyright © 2020 The Observer. All rights reserved. Distributed by AllAfrica Global Media (allAfrica.com). To contact the copyright holder directly for corrections — or for permission to republish or make other authorized use of this material, click here.

New Evidence Emerges on Cause of Lagos Explosion
Women