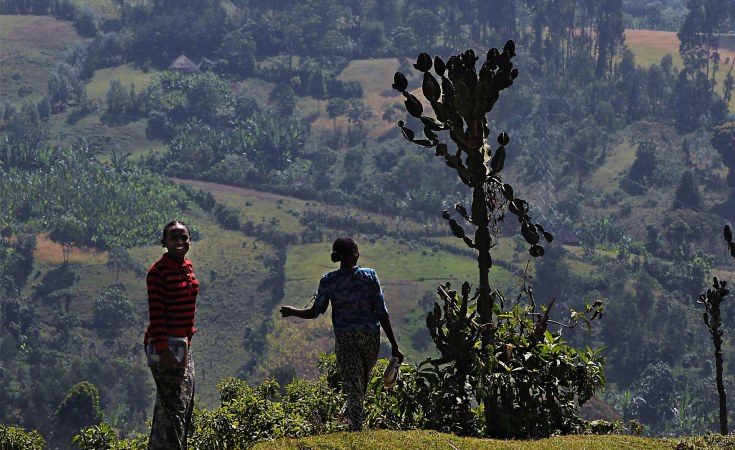 United Nations — Twenty-five years after the historic Beijing women's conference in China - a milestone in advancing equal rights - violence against women and girls is not only common, but widely accepted, a new UN report revealed.

While there have been remarkable gains for girls in education, little headway has been made to help shape a more equal, less violent environment for them, warned the UN Children's Fund (UNICEF), together with UN Women and the non-governmental organization Plan International in their report, A New Era for Girls: Taking stock on 25 years of progress.

"25 years ago, the world's governments made a commitment to women and girls, but they have only made partial good on that promise", flagged UNICEF Executive Director Henrietta Fore.

The report highlighted that in 2016, women and girls accounted for 70 per cent of detected trafficking victims globally, mostly involving sexual exploitation.

"As long as women and girls have to use three times the time and energy of men on looking after the household, equal opportunities for girls to move from school into good jobs in safe workplaces are going to be out of reach" - Phumzile Mlambo-Ngcuka, UN Women Executive Director

Moreover, an astonishing one-in-20 girls between the ages of 15 and 19, has experienced rape in her lifetime.

"While the world has mustered the political will to send many girls to school, it has come up embarrassingly short on equipping them with the skills and support they need not only to shape their own destinies, but to live in safety and dignity", the UNICEF chief spelled out.

The report has been launched in line with the Generation Equality campaign to open a global conversation for action and accountability on gender equality, and to mark the 25th anniversary of the Beijing Declaration and Platform for Action.

"Since 1995 in Beijing, when a specific focus on 'girl child' issues first emerged, we have increasingly heard girls assert their rights and call us to account", said UN Women Executive Director Phumzile Mlambo-Ngcuka. "But the world has not kept up with their expectations of responsible stewardship of the planet, a life without violence, and their hopes for economic independence".

Girls today are at a startling risk of violence, whether it is in school, at home, or online as well as throughout their communities, which leads to physical, psychological and social consequences.

A New Era for Girls also covers harmful practices, such as child marriage and female genital mutilation (FGM), which continue to disrupt and damage the lives and potential of millions of girls around the world.

According the report, each year 12 million girls are married in childhood, and four million risk FGM.

And girls aged 15-19, are as likely to justify wife-beating, as boys of the same age.

"As long as women and girls have to use three times the time and energy of men on looking after the household, equal opportunities for girls to move from school into good jobs in safe workplaces are going to be out of reach", said the UN Women chief.

"For everyone's sake, that's got to change, along with making sure that the skills girls learn are right for the new tech and digital jobs of the future, and that the violence against them ends".

79 million fewer girls out of school

The report noted that in the past 20 years, the number of girls out-of-school has dropped by 79 million and over the last decade, more are actually likely to be in secondary school than boys.

However, it also pointed to negative trends for girls in nutrition and health.

"Access to education is not enough", maintained the UNICEF chief, adding, "we must also change people's behaviours and attitudes towards girls".

Meanwhile, concerns are growing over poor mental health, exacerbated in part by the excessive use of digital technology.

A New Era for Girls revealed that suicide is currently the second leading cause of death among adolescent girls in that age bracket, surpassed only by maternal conditions.

Turning to their heightened risk of sexually-transmitted infection, the report found that some 970,000 adolescent girls between the ages of 10 and 19 are living today with HIV - accounting for around three-in-four new infections among adolescents worldwide - as compared to 740,000 girls in 1995.

"True equality will only come when all girls are safe from violence, free to exercise their rights, and are able to enjoy equal opportunities in life", concluded the UNICEF Executive Director.

Previous Story
Pepper Spray and Punches - South Africans Ready for Women's Day
Next Story
It Is Time for Action! Uniting for Transformation

It Is Time for Action! Uniting for Transformation

Tanzanian Men Could Soon Be Forced to Pay Their Wives a 'Salary'
Tagged:
Copyright © 2020 Inter Press Service. All rights reserved. Distributed by AllAfrica Global Media (allAfrica.com). To contact the copyright holder directly for corrections — or for permission to republish or make other authorized use of this material, click here.