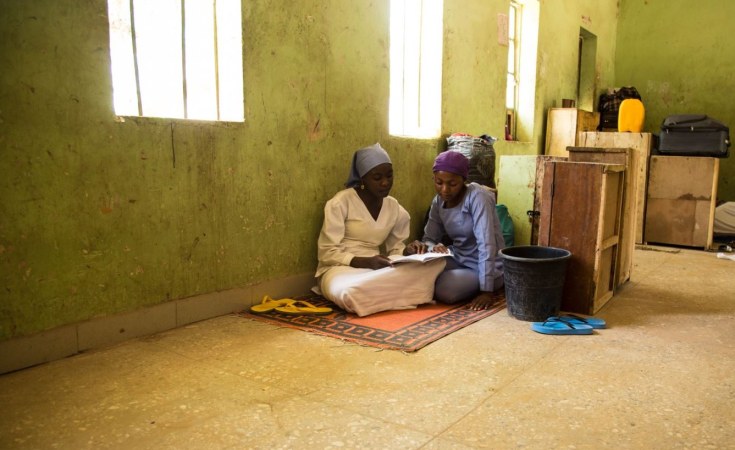 The US government has reiterated its reward of $7million (N2.5bn) for anyone with credible information that can lead to the arrest of Boko Haram leader, Abubakar Shekau.

This came as Boko Haram insurgents in the early hours of yesterday, attacked a military base in Damboa, Borno State, killing three soldiers and three policemen. 13 of the insurgents were also killed by the troops who made the take over of the base impossible, while 47 others were injured.

This is even as the Inspector General of Police, Abubabar Adamu, yesterday described the bandits terrorising the North West Zone as Boko Haram and ISWAP terrorists.

The US govt had in 2013 placed a $7m bounty on Shekau, but has just reiterated that promise.

Reiterating the bounty on Shehu in a tweet by the Rewards for Justice Program, the counter-terrorism rewards program of the US Department of State's Diplomatic Security Service, the US government said: "The United States Department of State offers a reward up to $7m for information leading to the arrest of the terrorist, Abubakar Shekau, leader of Boko Haram."

On the attack on Army base in Damboa, security sources said the bloody battle that ensued when suspected Boko Haram insurgents attacked a military base yesterday morning led to the death of three soldiers and three policemen.

13 of the terrorists were reportedly killed by the troops who fought to thwart them from over running the military base, while many others escaped with gunshot wounds.

Sources said the terrorists came through Gwoza Kalla road to attack the 25 Armoured Brigade located in Damboa town at about 5:40 am, raining bullets on the base. The terrorists, it was learned, stormed the Army base with several gun trucks armed with anti-aircraft guns with which they shot sporadically at anything in sight.

One source said: "There was confusion everywhere this morning (yesterday) in Damboa when Boko Haram attacked 25 Armoured Brigade Barracks. The battle lasted for about two hours. "The situation is calm now but there are casualties. Many residents left their homes and fled to Chibok during the attack."

"The efforts of the troops were helped by aircraft of the Nigerian Airforce and this greatly contributed to inflicting a heavy blow on the terrorists," one source said.

Further investigations revealed that there were many casualties on the side of the insurgents who had to take away corpses of their dead colleagues and the injured ones during the encounter.

A hospital source in Damboa said: "We were terrified by the number of casualties after the attack. At present, five dead bodies were brought into the hospital with 47 others who sustained injuries as a result of stray bullets.

"We have tried our best in managing the victims, but by tomorrow (today), we will refer about 19 others whose case seem critical and beyond our control."

Damboa, situated between Alagarno and Sambisa forest, has been a notorious target of Boko Haram.

When contacted for confirmation, the Acting Director Army Public Relations, Colonel Sagir Musa, in a telephone call told our correspondent that Army authorities were working on a statement regarding the attack. However, at press time, the Army was yet to issue the statement.

He made the declaration in Kaduna during a meeting with top Police Commanders over recent attacks in the state.

The IGP noted that the reinforced attacks needed new war strategies geared towards eliminating the bandits from their hideouts in the nook and crannies of the zone.

He said it was important to ensure that peace and security were restored, and implored the officers to show commitment in the fight against criminality in the region.

The IGP's meeting with top police commanders in the state was informed by last Sunday's attack by bandits in five villages in Giwa and Igabi local government areas of Kaduna state, which resulted in the death of over 50 persons, while several others were injured.

Dapchi is the town where over one hundred students of Government Girls Secondary School, including Leah Sharibu, were abducted on February 19, 2018.

A security source, who disclosed this to Vanguard last night, said residents of the town fled into the bush after their houses were set ablaze.

"They came in many vehicles and are patrolling the town as I speak to you," the source said.