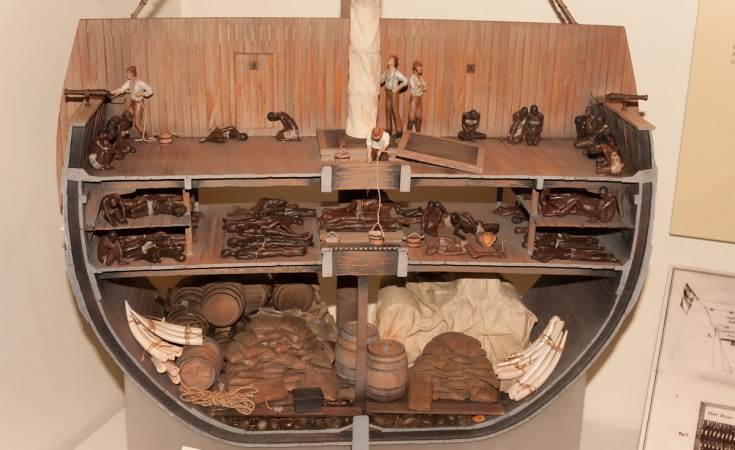 Liverpool council's decision in January 2020 to contextualise streets named after slave traders shed important light on the town's infamous history as one of the world's largest slave trading ports. Between 1696 and 1807 - when Britain abolished its slave trade - Liverpool merchants forcibly transported a phenomenal 1.3 million enslaved Africans across the Atlantic. Of these men, women, and children, 180,000 perished on the deadly Middle Passage - the crossing from Africa to the Americas.

As editors of a database of 36,000 slave trading voyages, including 5,000 that set out from Liverpool, we are keenly aware of the need to depict the enormous scale of the slave trade - but to do so without losing sight of its enslaved Africans. To that end, we recently created two digital tools that show why the slave trade grew so large, enriching merchants in towns like Liverpool, and increasing the miseries that enslaved people endured on the Middle Passage.

The sheer scale of the transatlantic slave trade can be overwhelming. It began in 1520, when the Spanish first brought captives to the Caribbean direct from Africa, and only ended 350 years later when at least 40,000 ships sailing under the colours of almost every European and American power had engaged in the trade. These ships forcibly embarked 12.5 million enslaved people at African ports stretched across 3,000 miles of coastline, and disembarked the 10.7 million survivors in the even more geographically expansive American colonies.

Viewed across this vast expanse of space and time, the transatlantic trade was the largest maritime forced migration in history. Our new timelapse captures the size and complexity of the slave trade in a single video from 1515 to 1866.

Viewing the timelapse in its entirety reveals just how quickly the slave trade grew in the 17th and 18th centuries. A relatively small trade that had previously been the preserve of the Spanish and Portuguese exploded after 1650 as British, Dutch, French and Danish merchants entered the business. The sheer number of vessels crossing the Atlantic annually in the 18th century is particularly staggering - in the decades before 1807, some years saw over 100,000 people a year carried off from Africa.

Focusing on the 5,000 Liverpool voyages shows how that town helped drive the slave trade's phenomenal growth. The first slave ship left Liverpool in 1696, but the business exploded only after 1740, when the town's merchants aggressively searched the African coast for new slaving markets. The number of slave ships leaving Liverpool climbed annually from 1696, interrupted only by periodic wars. By the end of the 18th century, Liverpool accounted for 46% of the entire transatlantic slave trade.

Visually stunning though it is, the timelapse does little to illuminate the experiences of enslaved Africans on the Atlantic crossing. For centuries, the diagram of the Liverpool slave ship, Brooks, which shows 470 Africans trapped in the ship on its 1787 voyage to Jamaica, has represented that experience.

But, as we recently argued, the image is deeply flawed because it fails to show the actual number of people the Brooks carried or the conditions that they endured on the Middle Passage. To better capture the African experience of the slave trade, we created a 3D model of a French slave ship, L'Aurore - the only slaver for which detailed plans survive.

Although a French vessel, our model accurately depicts the features that would be found on Liverpool vessels: walls built to separate men and women, the cramped conditions in which Africans would have been trapped below deck at night, and the stultifying regime that they endured above deck during the day. Enslaved people would experience these conditions for the typically ten-week Atlantic crossing, and for the several months that the ship could be anchored off the African coast.

Our video also helps to answer a crucial question about the slave trade: why the vast majority of ships completed their voyages without their enslaved prisoners overthrowing their captors.

Africans were certainly not passive victims of the slave trade. Many refused food, tried to throw themselves overboard, or sought to blow up the vessel, thereby choosing death over slavery. Enslaved people also launched concerted rebellions whenever they had the chance, in the hopes that they could seize the ship and regain their freedom.

The 3D video shows why these rebellions almost always ended in failure. The security features built into ships such as L'Aurore were highly effective at halting insurrections. Enslaved men were chained, preventing them from reaching the crew behind the barricado, a nine-foot wooden wall across the main deck. Crewmen atop this wall could fire upon rebellious captives with swivel guns, muskets and cannon. Escaping over the sides was also difficult, because of the netting that crewmen strung up around the vessel.

These measures were so effective that none of the 1.3 million enslaved people embarked on Liverpool vessels were able to take over the ship, run it ashore and return to their homes. The impossible odds are best illustrated by examining the Intra-American slave trade database on slave voyages that was recently made available. The most successful rebellions occurred on ships carrying slaves from one part of the Americas to another. These generally had less elaborate defensive measures. Captives on the Amistad, the Creole and the San Juan Nepomuceno took over the vessels and achieved a freedom that was never possible for those on Liverpool's transatlantic ventures.

The money that flowed back into Liverpool from the sale of 1.1 million men, women and children helped to transform the town into a booming metropolis by the end of the 18th century. Slaving merchants used their profits to lay out new streets, which they often named after themselves. Tarleton Street, Earle Street, Parr Street and Cunliffe Street - all streets that one can walk today - bear the names of merchants that collectively enslaved 134,000 Africans. Through the Liverpool council's recent decision, they might soon become memorials to hundreds of thousands of people who valiantly, but unsuccessfully, fought for their freedom.

Portugal Confronts Its Role in the Trans-Atlantic Slave Trade 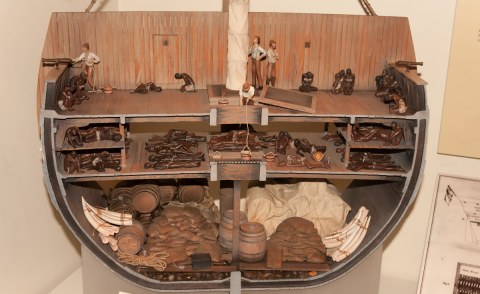 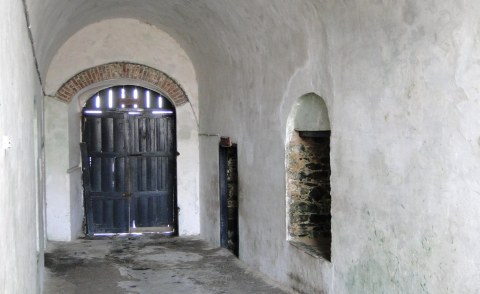 Why the West Is Morally Bound to Offer Reparations for Slavery
Tagged:
Copyright © 2020 The Conversation Africa. All rights reserved. Distributed by AllAfrica Global Media (allAfrica.com). To contact the copyright holder directly for corrections — or for permission to republish or make other authorized use of this material, click here.