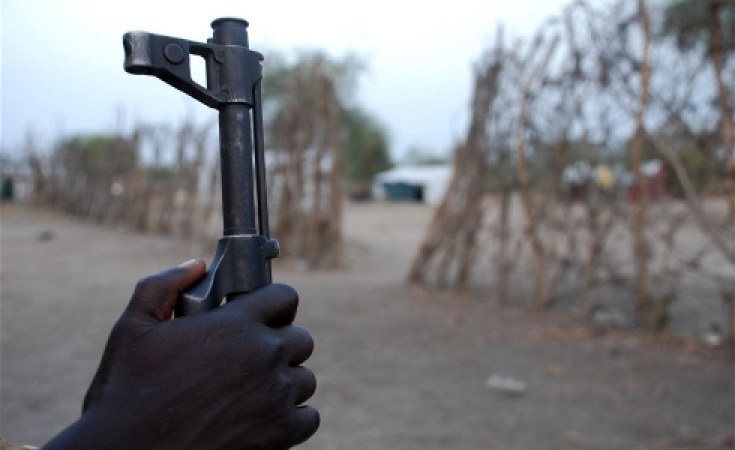 Humanitarian workers say they hope the formation of a national unity government in South Sudan under a peace deal last month will ease suffering in the country, but those expectations have been tempered by reports of continuing violence.

Alain Noudehou has been U.N. humanitarian coordinator in South Sudan since September 2017.  He said there have been some significant changes for the better in the country since then.

He told VOA that when he arrived, most places were inaccessible to humanitarian workers who sought to take aid to people in desperate need. Over the past year and a half, he said, the environment has been changing for the better as fighting has been reduced and aid workers can now reach most places that were previously out of bounds.

He said having a government in place should create more stability and, over time, improve conditions for the people.

"They have all the actors who were outside now inside the government … and the debate happening there will be between South Sudanese and South Sudanese about how do they govern the places and where they want to go with it. And this is what brings us some hope, because at least we are not in a situation where people are sitting apart and going and fighting on the ground and pointing fingers," he said.

Noudehou said the coming weeks will tell if the government is formed with all the members and ministries in place.  If this comes to fruition, he said, it will give the government a good basis upon which to rehabilitate its shattered society.

But the task will be gargantuan. The United Nations reports more than 1.7 million people are internally displaced and more than 2.2 million are refugees in neighboring countries.

And there are still pockets of instability. The aid group Doctors Without Borders this week reported the intensifying conflict in Jonglei state of South Sudan has sent thousands of people fleeing.  Among those killed in the latest violence were two aid workers with the British charity Tearfund, who were shot to death when gunmen ambushed their vehicle on Monday.

Along with the violence, food shortages continue to plague the country.

The United Nations is appealing for $1.5 billion to provide lifesaving assistance for 5.6 million people.  U.N. officials say they need money to help more than 1 million acutely malnourished children, and to provide health care, water and sanitation, and protection of women.

Noudehou said having a stable government in place will allow aid agencies to work on development projects with the aim of building a more resilient society.

Previous Story
Next Story
Why Refugees Won't Return Home Yet

Why Refugees Won't Return Home Yet

Calls for Renewal of Mandate of South Sudan Rights Commission
Tagged:
Copyright © 2020 Voice of America. All rights reserved. Distributed by AllAfrica Global Media (allAfrica.com). To contact the copyright holder directly for corrections — or for permission to republish or make other authorized use of this material, click here.