Gaborone — An estimated 46 per cent of annual deaths in Botswana are related to non-communicable diseases, says Minister of Health and Wellness, Dr Lemogang Kwape.

Giving a keynote address during launch of the food based dietary guidelines development project, Dr Kwape highlighted that there was a strong correlation between non-communicable diseases, poor diet and sedentary lifestyles.

"What we eat and our nutritional status can affect cardiovascular diseases, some types of cancer and diabetes. Foods, diet and nutritional status, including overweight and obesity, are also associated with elevated blood pressure, blood cholesterol and resistance to the action of insulin," he said.

He said Botswana continued to experience challenges associated with nutritional status, with specific reference to undernutrition, marked by wasting and stunting in children and micronutrient deficiencies such as deficiencies of iron, Vitamin A and zinc.

Dr Kwape stated that studies showed that about 30 per cent of women of reproductive age suffered from iron deficiency anaemia, which had multiple effects during pregnancy for both the mother and infant.

He said evidence showed that there was a pattern of rising obesity levels, particularly among women and children in Botswana, which could be a result of nutrition transition.

"Data on adult malnutrition from the 2017 Botswana Demographic Survey report indicates that Botswana women were more affected by overweight and obesity at 30 percent, compared to 11 percent of men.

Also on note is that children are also becoming overweight," Dr Kwape said.

The same studies, he said, showed that 43 per cent of the population consumed vegetables daily, while only 17 per cent consumed fruits every day, though the recommended intake of fruits and vegetables was more than five combined servings per day for a healthy diet.

Building on the success of the 2014 Second International Conference on Nutrition (ICN2) and leveraging on the framework of the 2030 Agenda for Sustainable Development, Dr Kwape said Botswana was committed to achieving the 2025 Global Nutrition and Non-Communicable Disease target.

He said the Ministry of Health and Wellness strived to fast tract policy and legislative changes that promoted healthy living that would, among other things, drive for a 10 per cent reduction of harmful use of alcohol, 30 per cent reduction in the mean population intake of sodium and to halt the rise in diabetes and obesity.

To foster healthy eating habits, Dr Kwape, said it was necessary therefore to provide nutrition advice in the form of policy to the population to promote consumption of healthy and diversified diets.

He thus pleaded with Batswana to do both lifestyle and diet audits to reduce the non-communicable disease mortality rate. 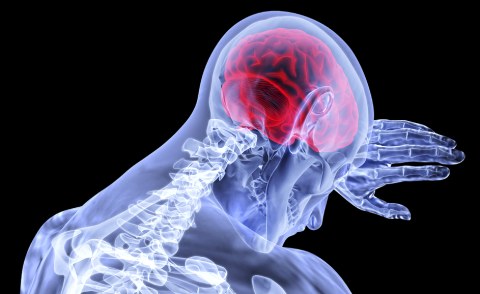 New Coalition Plans to Tackle Africa's Growing Risk of Stroke
Tagged:
Copyright © 2020 Botswana Daily News. All rights reserved. Distributed by AllAfrica Global Media (allAfrica.com). To contact the copyright holder directly for corrections — or for permission to republish or make other authorized use of this material, click here.