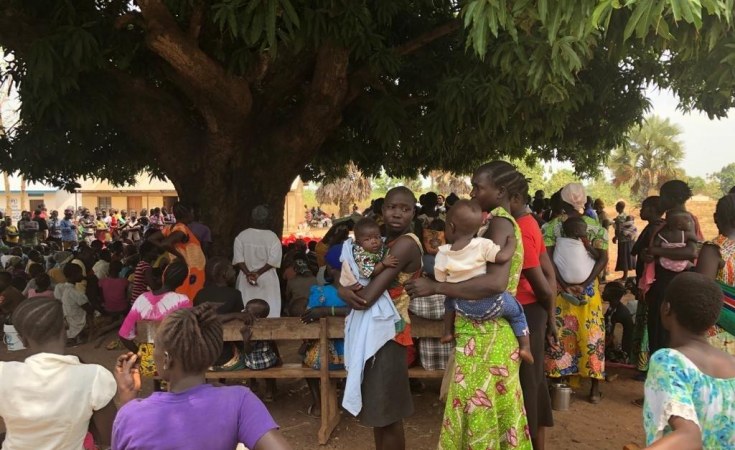 South Sudan thought it was attaining peace last week but it may now have to deal with erupting ethnic clashes in some parts of the country.

Even before the revitalised transitional government of national unity (R-TGoNU), which was formed out of a peace deal by President Salva Kiir, First Vice President Riek Machar and several other political groupings, settle down; the clashes could be the first challenge to deal with.

Observers think it violates the cessation of hostilities deals meant to ensure peace, although the cause of the violence has been cited as traditional cattle rustling and friction over grazing lands.

The clashes saw the European Union heads of missions in South Sudan jointly call on the R-TGoNU to urgently quell the violence that erupted in some areas of Greater Jonglei and Warrap.

Last month, attacks suspected to have been carried out by the Lou Nuer armed youth in some areas of Greater Pibor are said to have left 20 people dead, over 30 injured and more than 5,000 displaced to the neighbouring towns and villages.

According to David Ngiro, Secretary for Greater Pibor Administrative Area Youth Union in Juba, the fighting has been ongoing for the past two weeks.

"We may not be able to give clear information on the destructions as well as the casualties since the fighting is still ongoing. It is however. said to have just ended on Tuesday and the attackers left the area. So now, we are running ups and downs to get the team that can go and assess the situation on the ground especially on the causalities as well as abducted women and children," said Mr Ngiro. The Union said 975 women and children have been abducted in both Manyaboi and Nanam areas of Gumuruk and Likongwele counties respectively, since the outbreak late last month. The EastAfrican was not able to independently verify the numbers. But the International Committee of the Red Cross said it has treated more than 70 people suffering from gunshot wounds over the past two weeks since the fighting erupted in some areas of Greater Jonglei.

The organisation said the conflict has forced many families to flee their homes, property destroyed and looted leaving many children and women vulnerable.

On Monday, medical charity group Medicine Sans Frontiers said it had established a "protection of civilians site' to "provide lifesaving medical assistance" in what signalled the gravity of the matter.

"We have set up an emergency room for patients triage and stabilisation, in addition to delivery room and referral system for those in need of surgery," added Mr Ngorok. The charity said it had suspended its operations in two primary care health centres in towns of Likongwele and Gomuruk. In Warrap, at least 26 people were reported dead and 20 others injured in the inter-communal fighting between rival communities in Tonj East counties, which lies in the now-defunct Tonj State.

Cattle, child abduction and grazing land have, traditionally, been causes of conflict among communities of Greater Jonglei, Lakes and Warrap States.

On Wednesday, some Western heads of missions in Juba criticised the silence by the national government over the matter.

In a joint statement; France, Germany, the Netherlands, Sweden, Canada, Norway, Switzerland called on the coalition government to quell the attacks.

South Sudan President Names Full Cabinet
Tagged:
Copyright © 2020 The East African. All rights reserved. Distributed by AllAfrica Global Media (allAfrica.com). To contact the copyright holder directly for corrections — or for permission to republish or make other authorized use of this material, click here.