Africa: The Arc of Justice - the World's Religions Launch Strategic Priorities for Peace 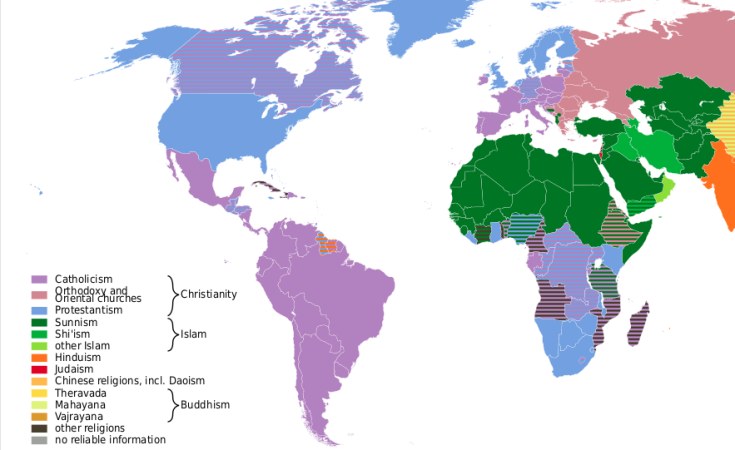 New York — As a growing public health crisis becomes increasingly urgent, prominent global actors and institutions, including the United Nations, are confronted by the realisation that all hands on deck are required to address the cross-cutting challenges faced by our world today.

Another public health epidemic is but one of the major global challenges demanding coordinated and effective responses from diverse institutions, and civil society networks.

Income inequality continues to grow, with the world's richest 1% in 2020 having twice as much wealth as 6.9 billion people.

The political and economic will critical to combatting climate change is more needed than ever, with virtually all States behind in their commitments to the Paris Agreement.

With communities ravaged by ongoing conflict, a record 70 million people have fled their homes. As calls for change echo across the globe, the percentage of people living in countries where civic space is considered "repressed" more than doubled in 2019.

Fundamental elements essential to securing human dignity - the opportunity to contribute meaningfully to society, the power to demand change, freedom from any and all forms of discrimination, and the ability to live within and nurture a sustainable environment - are rapidly eroding.

These challenges are striking at a time when multilateralism is threatened, space for civil society is shrinking, and the call for walls of separation are on the rise.

The opportunity to forge ahead as humanity through this turmoil may well exist within the deepest and widest infrastructures ever created and sustained by humankind: the world's religious communities, to which over 80% of humanity claims some affiliation.

In recent years, international attention has undeniably been focused on the rise in religiously-motivated violence, furthering the focus on religion as (part of) the problem.

However, a relatively lesser known reality in parallel with these trends, may offer insights to solutions: a growing global network of believers working to address these challenges through a unique process of multi-religious peacebuilding.

These religious leaders and constituents hail from an array of religious and spiritual communities as diverse and complex as the world we live in. They are collaborating on, and implementing, development, humanitarian, and peace processes - guiding their societies towards cohesion, respect for differences and cultures of peace.

The 2020-2025 global Strategic Plan is the culmination of sustained multistakeholder debates and consensus-building, within the vast movement of Religions for Peace.

At the Religions for Peace 10th World Assembly in August 2019, over 1,000 representatives from 125 countries discerned a framework by which to organise their future collaborative action on these global challenges.

Another global consultation in December 2019 convened over 250 religious leaders to do a deep dive, with focused and honest deliberations, ultimately emerging with the consensus to prioritise six strategic goals: peaceful, just and inclusive societies; gender equality; environment; freedom of thought, conscience and religion; interreligious education; and global partnerships.

Uniting religious and indigenous leaders for the protection of tropical forests is a hallmark of the joint prioritisation of nurturing a sustainable environment, believed to be a matter of moral urgency and action.

The religious leaders also agreed to champion safeguarding the universal right to thought, conscience and religion within and beyond their own constituencies, including in this spectrum of commitments coordinating their responses to the rise in attacks on holy sites and places of worship.

They embraced a deeper focus on interreligious education - not to reinvent the wheel, but to collate the existing work and curricula in all corners of the world in an effort to facilitate knowledge and access to dispel ignorance and counter misconceptions at the root of intolerance, hatred and violence.

The Religions for Peace movement leaders also committed to scaling up multi-stakeholder partnerships with businesses, governments and civil society, to develop innovative approaches and seek resolutions together.

These goals and actions correspond to the Sustainable Development Goals Agenda, and the multi-religious efforts will be measured and assessed using the SDG indicators agreed to by all member states of the United Nations.

The strategic priorities identified are built on legacies of powerful and effective interventions. Throughout Religions for Peace's 50 years, these interreligious platforms have amassed a solid record of multi-religious engagement including mediating conflict and negotiating the release of child hostages in Sierra Leone, providing care and support for orphans and vulnerable children affected by HIV/AIDS, mobilising 21 million multi-religious youth for global disarmament, and forging partnerships between religious and indigenous communities for rainforest protection - to name but a few.

But these priorities also herald a new era of resolve, and courage, among the world's senior-most religious leaders and institutions, through their interreligious platforms.

To have gender equality as a strategic priority of such a movement, built on and by traditional religious institutions, is historic. After electing the coalition's first woman Secretary General in 2019, Religions for Peace leadership are sending a clear message of commitment to action which includes increasing women's leadership and impact within the movement, and beyond.

It is this blend of renewed and courageous resolve, together with skills steeped in decades of experience with multi-religious and multi-cultural engagement in development and human rights, which offers much needed alternative cultures of healing and peace. These interreligious councils not only drive the solution -- they are a necessary part of the solution.

On this 75th year of the United Nations system, Religions for Peace - through its global, regional, national and grassroots interreligious council platforms - has been heeding the call for holistic responses to cross-cutting global challenges for 50 of these years.

With its 5-year strategy and actions now co-designed and approved by representatives of all the world's religious institutions, the movement of Religions for Peace hereby calls on governments, civil societies and multi-lateral institutions to partner with it to create more peaceful, just and inclusive societies - leaving no one behind.